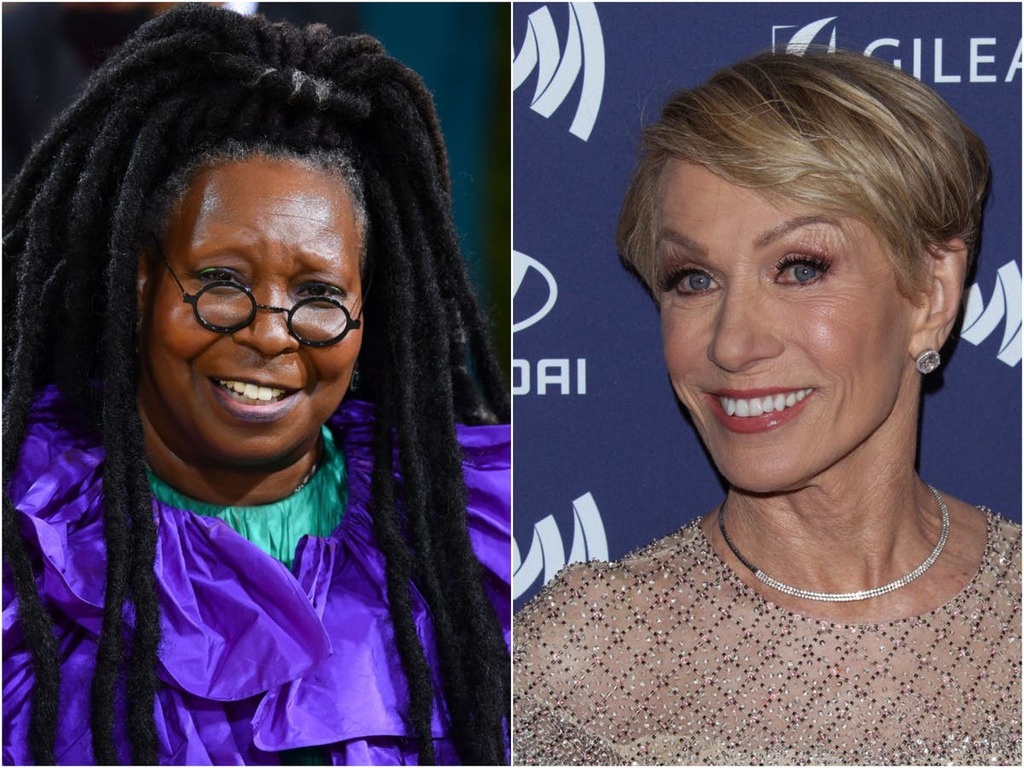 The TV star, who appears on a Dragons Den-style show in the US, joined Oscar winner Goldberg on her chat show The View, where the discussion turned to size-inclusive jeans.

Sister Act star Goldberg, 65, said she was keen to try them before she jokingly asked if they would fit her body post-pandemic.

Businesswoman Corcoran, 72, said: “When you get finished with those jeans, and decide you don’t like them, give them to me. I’m going to make two pairs.”

The View host Goldberg appeared visibly unamused before her co-star Ana Navarro made a jab at Corcoran’s floral dress.

“Whoopi, let me just tell you something,” she said. “Both Sara Haines and Jill Biden wore that dress already on TV.”

Following a backlash online and accusations she had “body-shamed” Goldberg, Corcoran shared a video apology.

“I just came back from The View and saw my old friend Whoopi,” the entrepreneur said.

“She has a phenomenal sense of humour and I’ve known Whoopi for years. I made a joke at Whoopi’s expense, which I now realise wasn’t funny.

“For anyone who I may have offended unintentionally, I just want to say I really am very sorry.”