Urbane, affable and erudite, Bamber Gascoigne who has died aged 87, was an intellectual polymath driven by an unceasing passion for knowledge. Although one of the most recognisable and hugely popular personalities on British TV thanks to 25 years as quiz master on ITV’s University Challenge, his long career also encompassed varying levels of success as an actor, historian, film director, documentary maker, writer, publisher, novelist, critic, reviewer and playwright.

Born in London, the eldest son of a successful city businessman, Arthur Bamber Gascoigne was educated at Sunningdale School before winning a scholarship to Eton College. After national service in the Grenadier Guards, he went on to read English literature at Magdalene College, Cambridge.

While there, he abandoned early aspirations of becoming an actor and instead wrote a sketch for Footlights Review. Its success led to a collaboration with musicians Keith Statham and Patrick Gowers. The resulting Share My Lettuce, starring Maggie Smith and Kenneth Williams, enjoyed a nine-month run at London’s Lyric Theatre. While undertaking research at Yale in 1959 before returning to Cambridge, Gascoigne then became a theatre critic, writing for both The Observer and The Spectator.

In 1961 he was invited by Granada Television to take charge of a new student quiz show entitled University Challenge. Based on American television’s popular College Bowl, it was thought to be a worthy vehicle for at least a three-month summer run – it went on to initially run continuously for the next quarter of a century. Attracting some 12 million viewers at its peak, a huge part of that success was down to Gascoigne himself.

He was often parodied but perhaps never bettered, with his bouffant hairstyle, horn-rimmed glasses and his ability to blend intellect and gravitas with an air of detached amusement proving a winning combination. “Your starter for 10” and “no conferring” soon became everyday catchphrases.

Thanks to the large income University Challenge provided him, and the fact it took only 40 days to record, Gascoigne had the freedom to indulge his many other interests. These included a number of major television documentaries. For Granada, he wrote and presented an impressive 13-part series, The Christians. The production took three years and a budget of half a million pounds to make – film crews also visited 30 countries. As was his practice, a book with photographs by his wife Christina accompanied the series.

Airing in 1987 were Victorian Values and Man and Music. Three years later came The Great Moghuls, based on his 1971 book of the same name. For Channel 4, Brother Felix And The Virgin Saint (1992) traced the Holy Land pilgrimages of 15th-century German friar Brother Felix of Ulm.

As a novelist, Gascoigne’s output includes Murgatreud’s Empire, The Heyday and an allegorical fable, Ticker Khan. However, his best-known books remain lavishly produced histories on broad themes such as World Theatre (1968), The Great Moghuls (1971), Treasures and Dynasties of China (1973), The Christians (1977) and a textbook which has become a standard work in the print departments of museums and colleges, How To Identify Prints (1986).

Five years later he found himself at the centre of a treasure hunt that had quickly gripped the nation. Having witnessed artist Kit Williams bury a valuable golden hare jewel somewhere in England, Gascoigne came under intense pressure to reveal its location. His later chronicle, The Quest for the Golden Hare, became a bestseller.

In tandem with his numerous other activities, both Gascoigne and Christina also ran a publishing company from their Richmond home during the 1980s. They set up the Saint Helena Press for the purpose of publishing a series of handsome topographical studies, which they labelled Images of London. Each volume reproduced and catalogued every known print of a given area up to the year 1860. Images of Chelsea with a text by Elizabeth Longford was followed by a volume on Brighton by John Ford and another on Twickenham, compiled by Gascoigne himself. At the same time, the couple also produced a comic picture book for children entitled Why The Rope Went Tight. It made the readers want to turn the page to follow whatever was going on around a circus tent.

For a major part of their marriage, the couple lived and worked from their elegant and rambling Regency townhouse adjacent to the River Thames. A keen river swimmer, having rekindled his interest in rowing, in his seventies Gascoigne was proud to participate in the Queen’s Diamond Jubilee River Pageant. His friendship with Sir Mark Edwards, boatbuilder to the Queen and landlord of Richmond Bridge Boat Club, of which Gascoigne was president, brought about an interest in skerries.

Such boats – a cross between a skiff, a fast, small rowing boat, and a wherry, the slower, more traditional Thames taxi – led him to front the Skerries for Schools campaign. It aimed to get children on the river by giving state school pupils increased access to these highly stable streamlined boats.

Though enjoying success in so many fields, Gascoigne remained at heart a frustrated playwright. Despite numerous attempts he was never quite able to emulate the early plaudits that came his way with Share My Lettuce. A later offering, Leda Had A Little Swan, here fell foul of the lord chamberlain, though it received some performances in New York during 1968.

Four years later, The Feydeau Farce Festival of Nineteen Nine initially had a brief run at the Greenwich Theatre. Though it quickly closed, it did impress the actor Prunella Scales. She and her husband, Timothy West, took the leading roles when it was revived in 1984 at The Old Vic. Directed by Mel Smith and restyled as Big In Brazil, the Daily Mail’s critic Jack Tinker deigned it to be “graceless, witless and improbable”.

Gascoigne returned to our television screens during 1988, briefly hosting Connoisseur, a new quiz which he had also devised. Five years later, when a revival of University Challenge was mooted, he was approached to make a return. As always, he was preoccupied with many varied projects, so, perhaps wisely, he eventually decided against it.

Soon to appear in print was his Encyclopedia of Britain, its extensive text featuring all the best-known aspects of British history and culture. Quick to grasp the huge potential of the rapidly emerging digital age, as editor-in-chief of HistoryWorld.net, he also contributed more than a million words. Further publications included a volume on early science, two on the First and Second World Wars and a study of Napoleon Bonaparte.

Following the death of his great aunt and godmother, Mary, Duchess of Roxburghe, in 2014, he was left West Horsley Place, then a long-unoccupied and rather derelict Tudor mansion, together with its 380-acre grounds. Rich in history, the house required enormous funds to make it habitable.

However, instead of selling it as the duchess had imagined, having raised some £10m for repairs by auctioning its contents in 2016, Gascoigne then handed the estate over to a trust for future use as a conference venue and arts centre. The grounds now play host to Grange Park Opera courtesy of a new purpose-built 70-seater theatre. It has become better known as the fictional Button House in the BBC comedy show, Ghosts. It also formed the backdrop for the film My Cousin Rachel, as well featuring in scenes in The Crown.

As well as being president of Richmond upon Thames Arts Council, a trustee of both the National Gallery and the Tate, he was also a member of the council of the National Trust and on the board of directors of the Royal Opera House. In 2018 he was awarded a CBE for services to the arts.

He married Christina Ditchburn in 1965. She survives him. 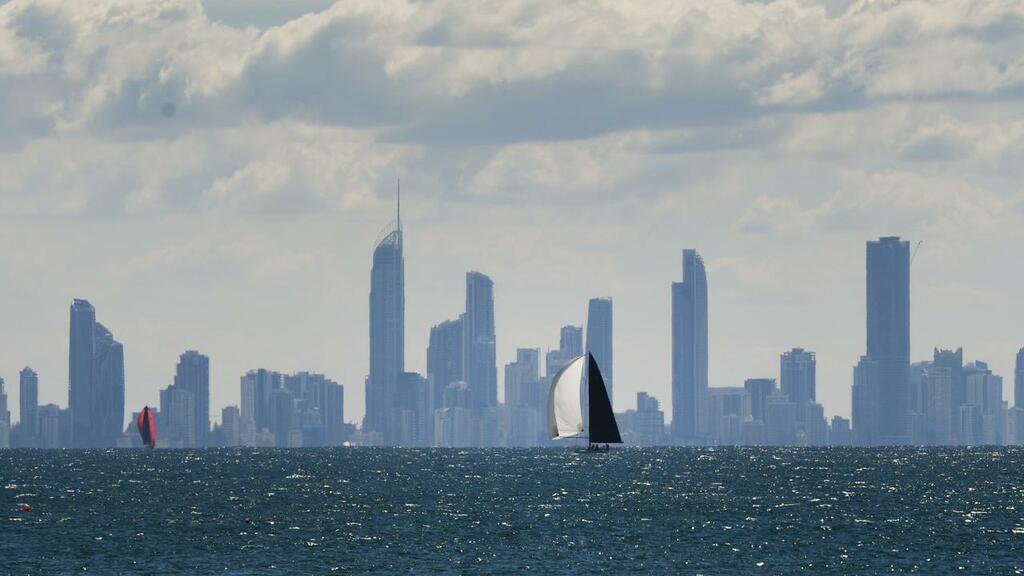 ABC News
As Xi Jinping ordered missiles to be fired over Taiwan, some residents on these tiny Kinmen islands feared a return to the past
The remnants of the last war with China are everywhere on the main island of Kinmen and the smaller "Little…

Politico
Saudi golf venture LIV quietly enlisted the help of a global PR titan
An Edelman subsidiary wrapped up a contract with the highly-criticized venture earlier this year. The project was never filed with…
Related Stories 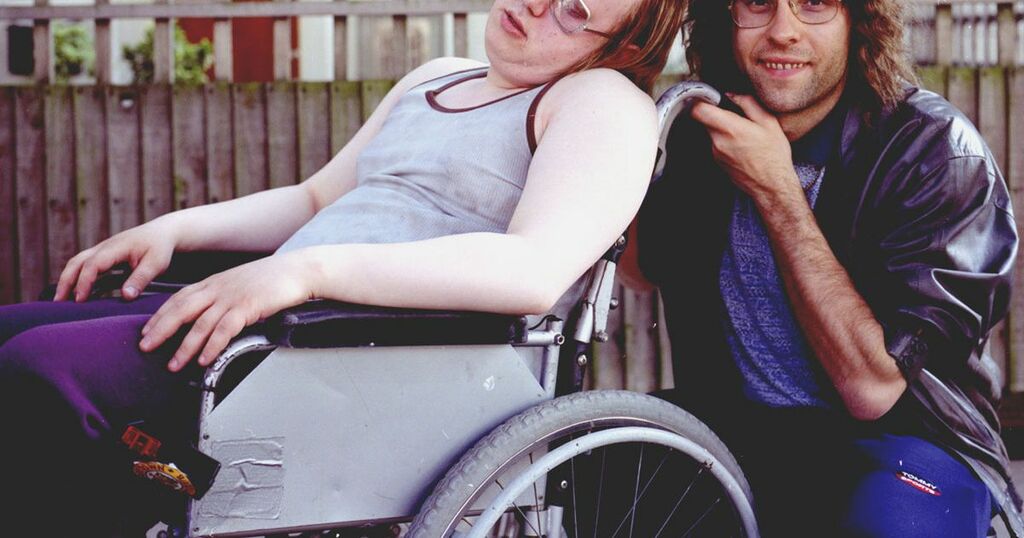 BBC Little Britain: Where the cast are now from best-selling books to Great British Bake Off
The show was dropped from Netflix and iPlayer in 2020, but most of the cast are still on the screen

Writers’ agent who became a television producer with credits including Sherlock, Men Behaving Badly and Coupling

The TV presenter died at his home in Richmond after a short illness.

Gascoigne was the original presenter of the hit quiz show

The original quizmaster died at home after a short illness

Liverpool Echo
One subscription that gives you access to news from hundreds of sites
Bamber Gascoigne, former University Challenge quizmaster, dies at 87

ABC News
As Xi Jinping ordered missiles to be fired over Taiwan, some residents on these tiny Kinmen islands feared a return to the past
The remnants of the last war with China are everywhere on the main island of Kinmen and the smaller "Little…

The Telegraph
Poverty in Afghanistan under Taliban rule is ‘unbelievable and indescribable’, warns charity
Desperation sees more parents selling children into marriage and a rise in people selling kidneys on the black market for…
Our picks