By By Amy Sheehan 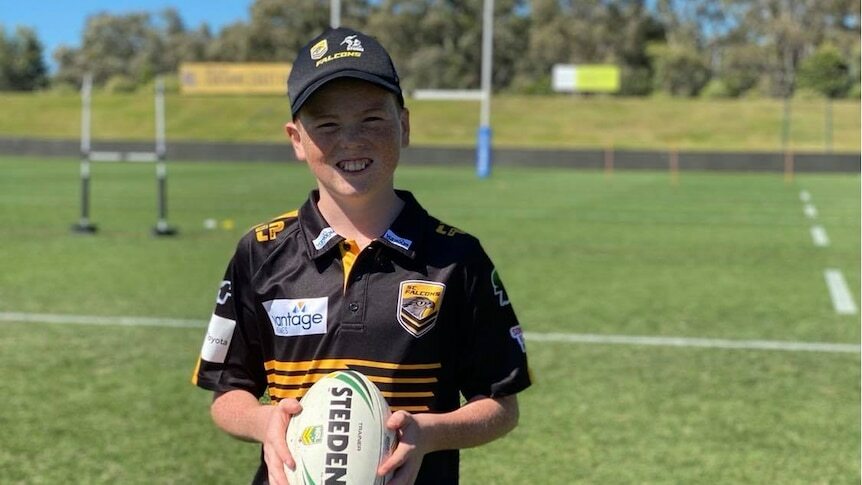 Ollie Short has autism spectrum disorder (ASD) but the 12-year-old has never felt it was a disability.

"It is a different ability," he said.

It is that attitude that has made Ollie an invaluable part of the Sunshine Coast Falcons rugby league team, where he has spent this season as their ball boy.

"Tim, who lives in my complex, is the manager of Sunshine Coast Falcons and so my Dad asked him if I could ball boy and he said yes.

"A lot of the players love me around here, they all know me. It's just nice to be around here."

Ollie is often the first one helping set up before Falcons home games at the Sunshine Coast Stadium.

"It's quite hard without a ball boy if you don't have one," he said.

The grade 7 student is also an integral part of the Falcons Footy for Kidz program, which is run for children with disabilities who can't participate in mainstream sport.

"I just like helping the kids out here because myself, I have autism," Ollie said.

"He was diagnosed at four and we had a lot of early intervention and I think that's made the difference," Ms Short said.

"He's always been able to engage with people and talk with adults and meet them on that level and I think that early diagnosis has really helped him."

Ms Short said it was a good feeling to know Ollie had found something he was so passionate about.

Falcons chief executive Chris Flannery said Ollie had made a wonderful contribution to the team.

"Ollie does a fantastic job in setting up the grids here for the Falcons Footy for Kidz and then he runs around all day and participates.

"And then he also ball boys so I'm sure he's pretty tired by the end of the day."

Ollie dreams of one day playing for the Sunshine Coast Falcons and hopes his journey will inspire other kids like him.

Mr Flannery said the Falcons Footy for Kidz program, which has established in 2014, had been an important part of the club.

"It's just one way that we can, I guess, give back to the community," he said.

"It is a skill session for kids that have got some disabilities or can't really participate in the mainstream clubs or football clubs.

"So we just bring them down here before our Falcons home games and put them through a series of little skill drills that they enjoy in a nice, quiet environment."

Mr Flannery says many of the Falcons players take part as well.

"When you see the kids and the smiles on their faces, and the parents, it's all worthwhile," he said.