Ducati rider Bagnaia moves up to third in the world championship after his second Grand Prix victory in a row following the Dutch MotoGP before the five-week summer recess.

Pole man Zarco was the big loser as the French rider hit the deck on his satellite Ducati bike on the fifth lap while leading as he chased his first victory in the top category.

After 12 of 20 races this season Yamaha's Quartararo, who came in eighth, has 180 points, 22 clear of Spaniard Aleix Espargaro, the Aprilia rider who was ninth, and 49 on Bagnaia.

Zarco, 32, dropped two places after the latest of a series of mishaps this season and is now fifth overall behind Italian Enea Bastianini.

Upset at his misfortune he watched from the pits as Bagnaia took a victory he had so fervently hoped would be his.

"I had no luck," shrugged the disconsolate two-time Moto2 world champion.

"The high temperatures forced me to race with a medium front tyre.It was a good choice as 'Pecco' won with it but it seems it was the reason for my crash, it had less grip," the 32-year-old reported.

"You can go from hero to zero in no time at all.But I don't want to get down, I've had an interesting time and it's good to continue to aim high," added Zarco, who had claimed the prime grid positon after a new track record in qualifying on Saturday.

To win, Bagnaia played a game of patience, sure of the strength of his factory Ducati.

After a good start from the second row, he benefitted from Zarco's misfortune to position himself behind Spaniard Alex Rins, who led briefly.

On his first attempt, the Italian was able to overtake Suzuki rider Rins and took off.

He held off Aprilia's Vinales who overtook him before regaining his lead to seal his eighth win in the premier category.

For defending champion Quartararo the race was made more complicated by a 'long lap' penalty for a collision with Espargaro at Assen last time out.

While he was in second place behind Zarco, this handicap made him drop to fifth.

"After the 'long lap' I rejoined behind several riders and couldn't do anything about it," said France's defending world champion

"I don't know whether I would have won but I certainly could have finished higher without the penalty.

"We've now lost the last two races, 'Pecco' is now much more competitive in the title fight.He's the man of the moment."

Austria stages the next roll of the MotoGP dice on August 21. 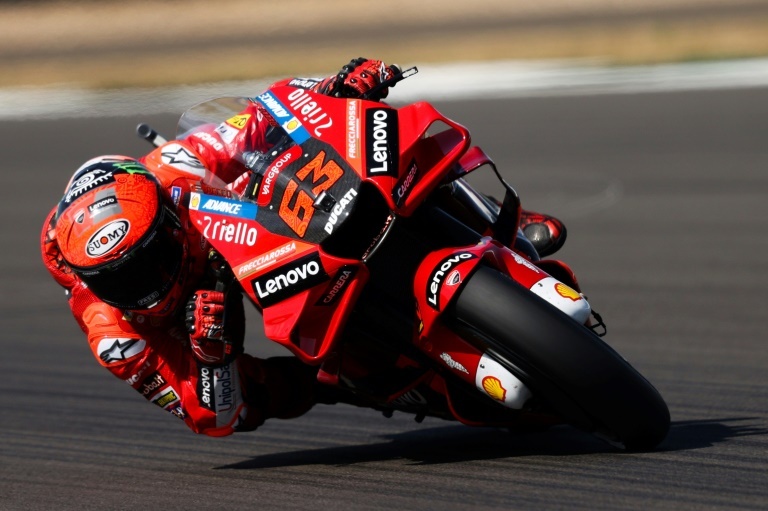 AFP
From analysis to the latest developments in health, read the most diverse news in one place.
MotoGP British GP: Bagnaia clinches victory as Quartararo and Espargaro struggle

AFP
One place to find news on any topic, from hundreds of sites.
Espargaro to qualify in spite of heavy fall at Silverstone