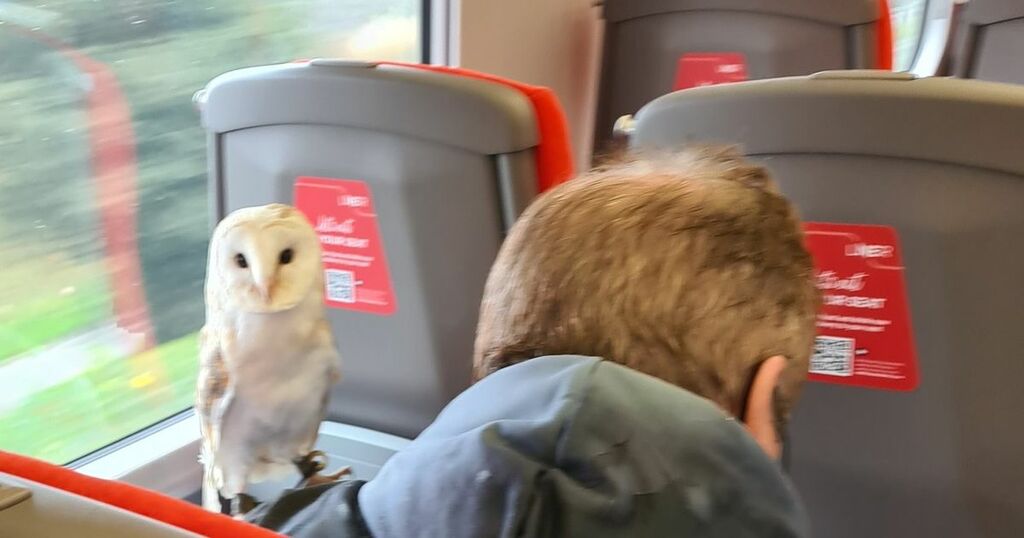 We've all had an amusing experience on public transport.

But not all of us will have seen something quite as unusual as an owl taking full advantage of train travel.

It appeared Harry Potter's Hedwig swapped the Hogwarts Express for a Scotland-bound train yesterday - and it left fellow passengers baffled.

The LNER 10.30am train from London's Kings X headed to Edinburgh as planned on Tuesday afternoon with busy commuters, travellers - and a Snowy Owl on board.

Perched on a gentleman's shoulder, the owl took in the sights out the window and did a little bit of people watching as the train headed north for the afternoon.

Rebecca Anne Barr departed from London yesterday on the morning train as she headed to the National Library of Scotland.

Originally from Northern Ireland but based in Cambridge, she could not quite believe her eyes and took a snapshot of the unlikely passenger.

Posting the pictures on Twitter, Rebecca asked "is this the new normal?" after not being on a train for nearly two years.

The post was met with some hilarious comments with many wondering if the owl was in fact Harry Potter's trusted companion, Hedwig.

One person wrote: "Hogwarts express is out of action and Hedwig is slumming it."

Others questioned whether the Hedwig-wannabe was following the Scottish Covid rules.

"It's not even wearing a mask. The bare-faced cheek of it," one wrote.

Certainly not something you see every day, but amusing at the very least - fingers crossed the owl made it safe and sound to its destination.