Back to the Future: The Musical review – hokey nostalgia that maintains the legacy of the original 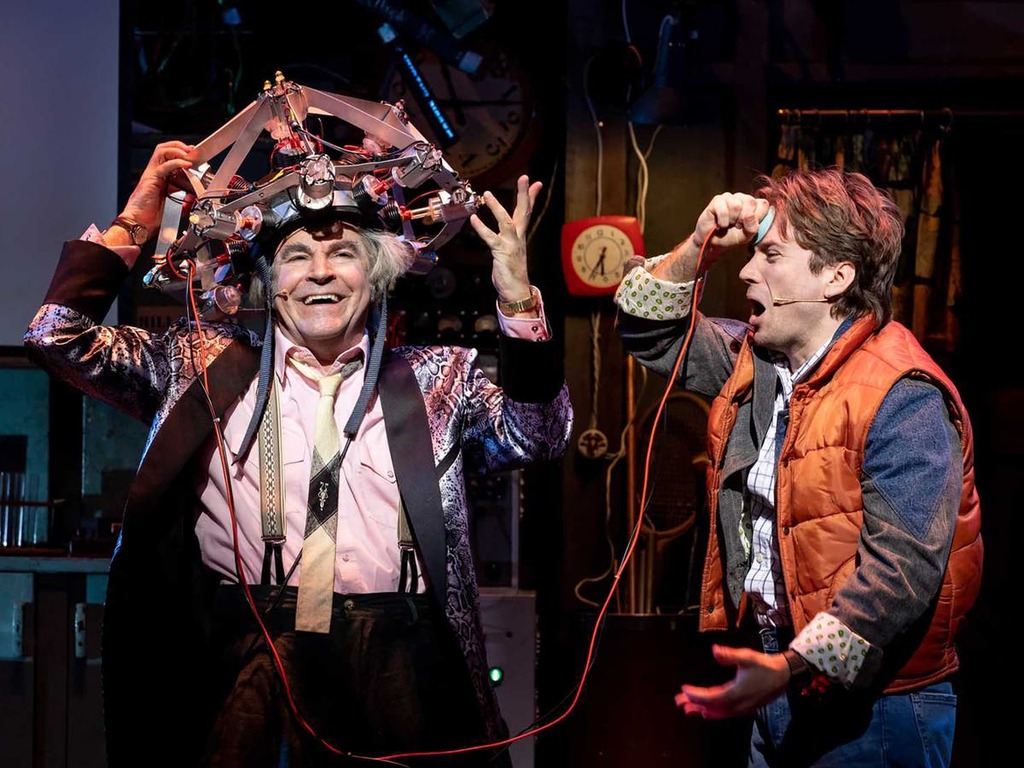 Back to the Future is a Russian Doll of nostalgic comforts: through its time-travelling antics, it revels both in a rose-coloured American Fifties and in the vitality of the Eighties. It’s a potent, paradoxical mix – both eternally youthful and yellowed by age, like childhood photos nestled inside a family album. While nothing about the existence of a Back to the Future musical seems surprising (there is always new money to be made out of the old franchises), its success lies largely in how effectively it can mine those feelings. It’s hokey, but rousing too – and the experience of sitting in its audience feels a little like coming home.

There’s certainly nothing cheap about this production. It’s a product of the same minds responsible for the 1985 film – screenwriter Bob Gale and composer Alan Silvestri, who’s here reunited with The Polar Express’s songwriter Glen Ballard. Familiar themes intertwine with a new set of songs, inspired either by Eighties power anthems or Fifties doo-wop. Numbers such as “Future Boy” and “For the Dreamers” are fun, though not particularly catchy. In other words, they do the job. The same could be said of Chris Bailey’s choreography, which keeps the stage busy and alive. There are a few flairs of the imagination – chorus girls in glittering ABBA jumpsuits and top-hatted dancers – but the creative work that’s gone into Back to the Future: The Musical exists largely to feed and maintain the film’s pop-culture legacy.

This production not only champions familiar catchphrases like “where we’re going, we don’t need roads”, but re-stages entire scenes almost word-for-word. The PG-friendly incest is as central to this musical as it was to Robert Zemeckis’s film, thanks to the number “Pretty Baby”. And every performer has seemingly been coached to perfection in how to imitate their onscreen counterparts. Olly Dobson not only sounds exactly like Michael J Fox, but moves with the same sprightly nervousness. Hugh Coles makes for a delightfully gangly George McFly, while Rosanna Hyland’s Lorraine Baines is as sweetly naive as Lea Thompson’s.

There’s a little more room to manoeuvre, however, when it comes to the role of Emmet Brown. Roger Bart, already well known to audiences for his role as Carmen Ghia in the original production of The Producers, has adopted a few of the affectations of Christopher Lloyd’s performance, but here adds his own vaudevillian mannerisms (due to a positive Covid test, Bart has since temporarily withdrawn from the show, with the part now played Mark Oxtoby). It’s a role not unlike those of Beetlejuice or the Genie from Aladdin – there’s some room to play within the boundaries of their beloved, onscreen appearances. It just takes an actor smart enough to know how far they can push it.

All this direct imitation does mean that there’s something distinctly cinematic about Back to the Future: The Musical. Not only is there a heavy use of scrims and digital projection, but there’s an impressive amount of engineering work that’s gone into the operation of the DeLorean – arguably the real star of John Rando’s nimble direction. It shoots out of the darkness and performs death-defying stunts. From the right angle, it can be almost impossible to tell exactly how it’s being operated. For all the care that’s gone into replicating its source material, what feels most authentic about Back to the Future: The Musical is its capacity for pure spectacle.