Ayesha Hazarika: The PM has demeaned his office: Tories must now decide his fate 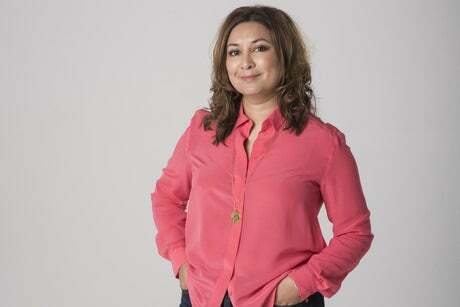 I recently spent a rather lovely afternoon wandering around the Fabergé exhibition at the V&A museum. The famous glittering jewelled eggs and the audacious opulence were a sight to behold until you realised that while the Russian royal family were busy having a lovely time and gifting these treasures to each other in their gilded palaces, things on the outside were not going so well.

That theme of disconnect between an ultra-privileged elite and us oiks felt highly pertinent, as more allegations broke of yet more illegal parties at Downing Street while the rest of us were locked up at home. It’s now genuinely hard to keep track of how many gatherings happened in Downing Street, which seems to have been party central. Don’t get me wrong, I’m a proper good-time girl, but it feels like No 10 morphed into a frat house during the height of the pandemic. Let’s just pray that Boris Johnson was not channelling Frank the Tank, the infamous hell-raising old dude frat boy played by Will Ferrell in the film Old School.

I worked for Gordon Brown in Downing Street. Even at the best of times, it wasn’t exactly shits and giggles. When the global financial crisis hit and Northern Rock was about to go off a cliff, the then-prime minister and his team weren’t wheeling out the drinks trolley in the rose garden for sundowners. To serve the country in Downing Street at any level is an enormous honour, especially through a crisis. You are supposed to be privileged, high-ranking, sober politicians and advisers making history, not small children who need regular parties with games as a reward. Grow up. As my previous boss Ed Miliband said, he (and many others) wanted to be prime minister so desperately. To demean this great office and abuse power is arrogant and dangerous.

And having been a staffer in that famous building, I can guarantee that not one person there would have worked harder than a doctor, nurse or undertaker during the pandemic which last week saw the death toll pass 150,000. There is understandable fury, disbelief and anguish from thousands of people who stuck fastidiously to the rules, lost loved ones and had to whisper their goodbyes on an iPad, if they were lucky.

Their pain must be unimaginable. We all remember the haunting picture of the Queen alone and masked at Prince Philip’s funeral. When the Johnson family and their sycophantic, immature court think they are above the rules, and our actual reigning monarch doesn’t, something has gone seriously wrong.

Then there are the public health consequences of all the rule breaking, which is manna from heaven to those who will never accept any further restrictions even if they are the right thing to do. And the political damage is huge. Like the Owen Paterson sleaze scandal, Johnson has once again spectacularly self-sabotaged himself and his party, especially with all the lies since Allegra Stratton resigned over that first “hypothetical” party.

As Douglas Ross, leader of the Scottish Conservatives, said last night only the Prime Minister can answer whether he was at this party or not. He doesn’t need to wait for Sue Gray’s investigation to tell him and us. He knows. Unless he really did go full Frank the Tank mode and got so wasted he actually cannot remember. Credit should be paid to Ross along with his predecessor Ruth Davidson, now a Tory peer, and Conservative MP Johnny Mercer, who have all come out and said what the rest of the country is thinking.

There is no doubt that most Tory MPs are furious at the Prime Minister because of what he did, the handling of it, the pressure it puts on their chances of re-election and because they feel embarrassed and ashamed of what a joke Downing Street has become. No-one signed up for this. Especially the buccaneering new 2019 intake from those Red Wall seats.

But silence or staying away from the chamber or the airwaves is not enough. The public knows that Tory MPs will decide the fate of the Prime Minister and they will send a powerful signal about what they think is acceptable behaviour in terms of truth, integrity and leadership.

This is now beyond what Gray’s internal report finds. This is about the court of public opinion and doing the right thing. And all eyes will be on how senior Tory figures react. Especially those who want the Prime Minister’s job. Will they speak out or be complicit in this terrible moment?

No go for fasts — how about Wordle?

It will come as no surprise that my health kick is not going so well. I’m the kind of person who thought the Fast 800 diet was how quickly you could scoff that many calories in one go. Then there was that awkward moment when my nutritionist said I could have one wine on a night out. “Phew, one bottle is just about doable.” She yelped back: “Ayesha, no! One glass.” Why is being good so bland, boring and damn difficult? I’m giving up on abstinence and focusing on something much more worthwhile: getting better at Wordle. Which is also guilt-free.

It was devastating last Friday to learn of the death of Jack Dromey, Labour MP and husband of Harriet Harman, for whom I used to work.

Jack was a well respected trade unionist who came to prominence during the historic Grunwick strike in London in the mid-Seventies. He helped organise support for the workers — newly arrived Asian immigrant women — who rose up against their unscrupulous bosses.

He embodied the best of Labour values and was a true gentleman who had time for everyone. He was also Labour’s first male feminist. His love, admiration and unfailing support for his wife Harriet, who went on to become deputy leader of the party, was very special. Jack would offer her wise counsel on a tricky political issue and unstack the dishwasher. He really was new man.

A female friend shared this wonderful memory. “I once said to Jack, ‘I always feel a bit nervous around Harriet — I am so in awe of her.’ And he replied ‘Me too. Even after all these years.’”

What do you think the repercussions of the Downing Street parties should be? Let us know in the comments below.