Aw, Jake Gyllenhaal Actually Thinks He Did Something With This Taylor Swift Themed Photoshoot 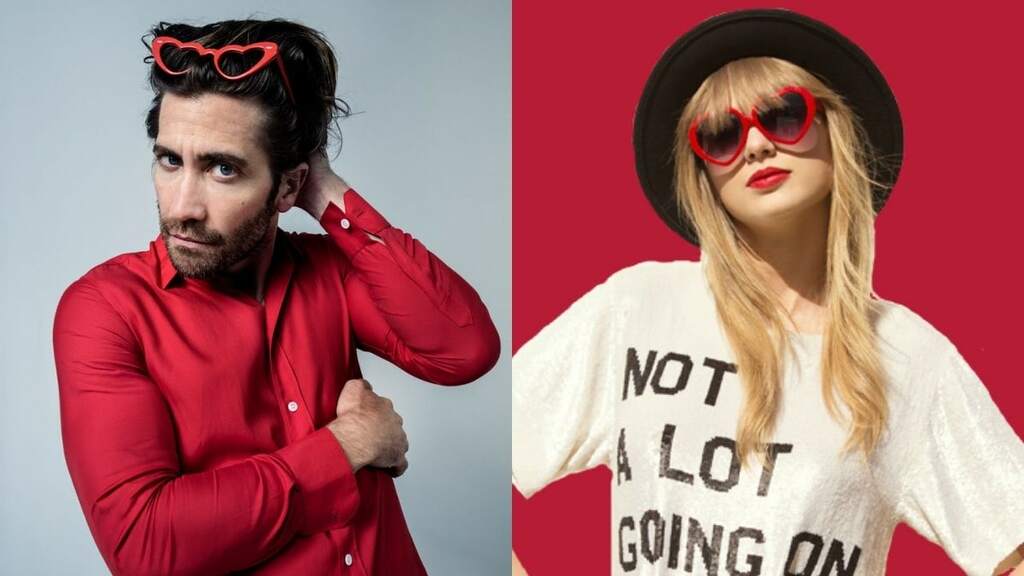 The internet’s least favourite fuckboi and renowned ex of Taylor Swift, Jake Gyllenhaal, is copping some online attention after posing for a photoshoot full of references to the pop singer. Sir, have you forgotten that you are a whole 41 years old? You’re too old to be this petty.

In a recent feature for W Magazine in celebration of their ‘Best Performances’ (in film) issue, Gyllenhaal and a bunch of other actors (Kirsten Dunst, Dakota Johnson) posed in front of the camera to create some artsy shots.

They also sat down to talk about their recent roles which caught the eye of film lovers across the globe, with Gyllenhaal’s being Danish thriller The Guilty (in which he plays police detective Joe Baylor).

But nobody’s really talking about the movie or Jake’s interview. Instead, all of the online conversation is around the pics taken by W Magazine, which seem to be a clapback (of sorts) to Taylor Swift’s ten minute long diss track ‘All Too Well’.

Have a look at them below and see for yourself. Also, note that the original caption for this pic was “Red (Jake’s Version” before it was changed…

Keep in mind that this man is 41. Nine years Taylor’s senior. I will not stop bringing it up. Don’t you have taxes to pay or something? Why are you clapping back at your ex-girlfriend for internet clout? I’m exhausted Mr Gyllenhaal.

And if he truly didn’t know that this would be perceived by the internet as a reference to Taylor, how could he be so oblivious?

nah they did something with purpose here, they knew what they were doing with him. https://t.co/L0uYq4cyFD

The pics cheekily include Taylor Swift’s signature red sunnies from her aptly titled Red era, as well as a red shirt, just in case it wasn’t obvious that this is a jab at Taylor.

Someone alert their Swifty friends because the fandom is probably in overdrive right now. Hell, who am I kidding, most of them probably have alerts on for whenever Gyllenhaal does some Taylor-related fuckery.

To make matters more obvious, the photoshoot also included a giant red carpet that looked like the red scarf which broke the internet last year.

Yes, Taylor’s diss track ‘All Too Well’ features a mention of a scarf that Gyllenhaal apparently kept after their breakup. Yes, the stylist knew what they were doing here. Did Jake? Perhaps we’ll never know, but surely he questioned why his photoshoot was RED themed, right?

Well, if you need me I’m going to be watching a Scott Morrison presser or something. Anything to get the visuals of Jake Gyllenhaal thinking he’s done something clever out of my brain.

The post Aw, Jake Gyllenhaal Actually Thinks He Did Something With This Taylor Swift Themed Photoshoot appeared first on Pedestrian TV.