A friend of Ava White has denied the schoolgirl threatened the boy accused of killing her after a jury heard she said she could “batter him”.

Ava died after she was stabbed in School Lane in Liverpool city centre. Boy A accepts responsibility for her fatal injury, but says he acted in self-defence.

The teen, from South Liverpool, who cannot be named for legal reasons, denies murder and manslaughter. Today a trial at Liverpool Crown Court heard evidence from Girl E, who was in the city centre with Ava around the time of the incident, on the evening of November 25, 2021.

The jury has previously heard how the friends were drinking vodka in town and had moved towards Williamson Square before Ava became angry after seeing another group of boys who appeared to be filming them.

In her initial interviews with police, Girl E told officers that Ava had said she could “batter” Boy A after her initial argument with him over the fact she had been filmed. Later, under cross-examination by Nick Johnson, QC, defending, she said Ava had made that comment privately and said she didn’t believe it was a true threat.

He then asked: “Do you remember telling the police that Ava told you she would batter the small boy? She replied: “Yeah but not like she was threatening him to his face or nothing. I said, you know, ‘oh leave it’ and she said it like ‘oh he’s the same size as me I would batter him’.”

Asked about Ava’s mood more generally, Girl E said she would sometimes argue with people but said that had never translated into violence.

The court has previously heard evidence from another boy at the scene, Boy H, who said Ava had not wanted to fight with Boy A before the stabbing.

This morning, jurors also heard further evidence from Girl B, another friend of Ava's. She said Ava could be argumentative and that she sometimes had arguments with people but that it had not become physical.

The trial has already heard that Ava "went pale" after being stabbed as other tried desperately to help her.

While other friends saw the moment Ava was stabbed, Girl E had sat down on a bench with a friend and only saw the aftermath.

She said she heard noise and stood up to see Ava running towards her “looking panicked and hyperventilating” before she frantically tried to help Ava, pleading with passers-by to call an ambulance. 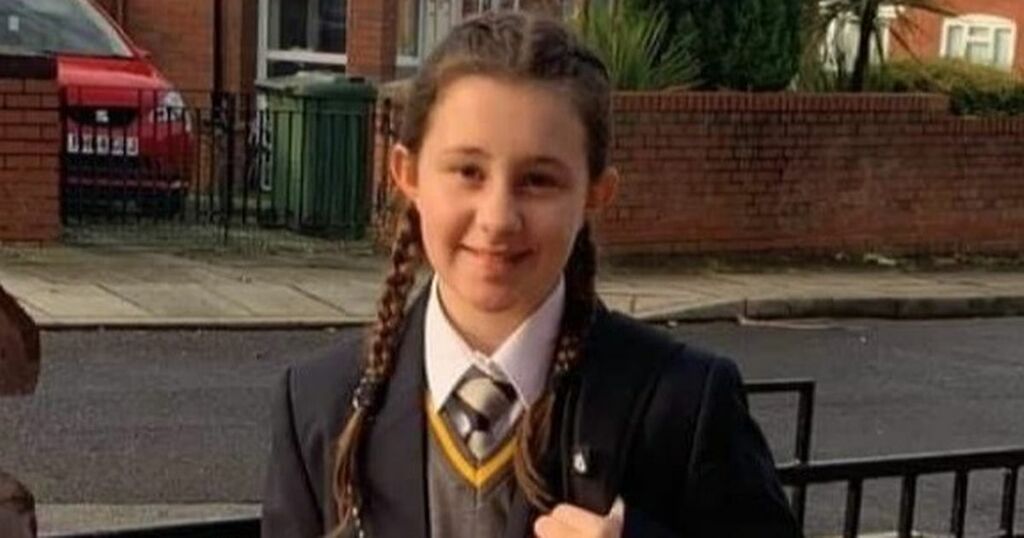 Ava White said she could 'batter' alleged killer before stabbing
A friend told the court the 14 year old said 'let's batter him' before Boy A, her alleged murderer, stabbed…