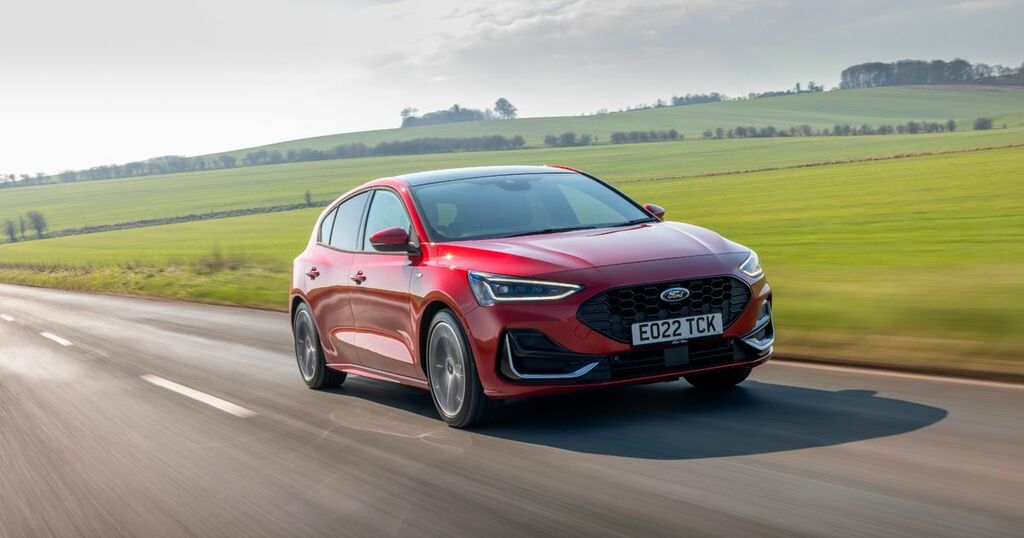 Daily Record
Hyundai Kona N: I just didn’t want to get out of it

This is a car that, at the touch of a little red button, can transform from a sporty little SUV…

Babu, who has set up Tamil Nadu’s first donkey farm near Tirunelveli, is supplying the animal’s milk to a cosmetic…

The Hindu
‘Everyone forgets about you’: Erin Jackson on returning home after Olympics gold

After making history in Beijing, the speed skater faces life after the spotlight, with sponsorships, training and changing the sport…

A small fix — an organized closet, a bit of luxury, or better lighting — is all I really need…

Inverse
Get all your news in one place
Latest Business news:

Auto review: Cadillac Escalade Diesel is a vessel fit for a king

CHARLEVOIX, Michigan — Like a Great Lakes passenger ship, the bow of my Cadillac Escalade cut through the fog of an April snow shower. Sure-footed, diesel-powered, on autopilot to our port of call.

On a long round trip Up North to scope out my son’s summer wedding venue at Castle Farms, the Escalade showed why it is the King of Mega-utes. Parked in front of Castle Farm’s magnificent Queen’s Court turrets, the jet-black chariot bears the stuff of royalty: Cadillac family crest on the imposing chain-mail grille, big silver wheels like a knight’s shield, glowing front-and-rear horizontal running lamps like medieval torches.

My Sport model is equipped with black trim — in contrast to the Caddy’s signature chrome — which gives the great figure an added sense of menace. Behold, the Dark Knight.

Unlike knights of old, however, there is little clatter from the chassis. Once upon a time, you knew a diesel from its CLACKETY-CLACK-CLACK engine idle. Not Escalade. The Caddy’s twin-turbo, 3.0-liter inline-6 is the same as the new generation of Duramax diesels that power GM’s sibling Chevy Silverado and GMC Sierra trucks. It purrs like a resting lion.

My family descends from their seats, air suspension lowering the cab and running boards extending before their feet like a royal welcome.

Castle Farms was built by Sears president Albert Loeb in 1918 as a grand country estate on a 1,600-acre farm. The house echoes a European castle with turrets, grand hall and archways. It fell into disrepair over the course of the 20th century — a curious ruin like so many European castles. Successful Domino’s Pizza franchisee Richard Mueller and his wife Susan resurrected it as a passion project in 2000. Today it is a bustling tourist attraction complete with train rides, wine tastings, art collections and weddings.

Escalade, too, has resurrected the Cadillac brand.

In disrepair after an uninspired close to the 20th century, Caddy engineers did yeomen’s work to rebuild the brand as an athletic competitor to European performance makes with the CTS, ATS and V-series sedan hellions. But it’s the magnificent Escalade that has restored Cadillac’s luxury luster — paving the way for its transition to a regal, all-electric brand in the mold of 1950s Cadillac ocean liners.

That luxury is best demonstrated by Super Cruise, the semi-autonomous driver-assist system that leaves (most) driving to the car.

Along secondary roads, I drove hands-on — adaptive cruise control maintaining regulation speed since, ahem, my lead foot gets heavy in this nimble giant. But upon entering I-75, I toggled the additional lane-keep icon on my steering wheel and — like a robotic chauffeur — the Escalade took over the driving duties from me.

A green light signified I could remove my mitts from the wheel. No hands, no feet. I sipped Snapple, rested my hands on my knees and relaxed on my leather throne. Like a driving instructor with a novice driver, however, I still needed to be engaged.

The steering column-mounted infrared camera noticed me looking away from the road for too long while chatting with the alluring Mrs. Payne. That triggered a red light reminding me to pay attention.

North of Bay City, Super Cruise suddenly hit a blind spot. The green light disappeared, the Caddy wobbled — and I quickly took over, bridging the dead zone until the system re-acclimated.

No I-75 trip is complete without orange barrels, and Super Cruise asked that I take over in construction zones. Otherwise, the system worked confidently (Zilwaukee Bridge? No problem. Heavy Flint traffic? Piece of cake.) just like in 2017 when I drove from Memphis to Dallas. Only better.

Super Cruise’s newest trick is auto lane changes conducted with impressive accuracy. I have some experience with auto lane-changing from my Tesla Model 3’s Autopilot system. It’s sci-fi stuff, but the Tesla — driving along at, say, 80 mph, will balk as it encounters a slower car before passing on the left.

The Super Cruise robot chauffeur passes like a human. Seeing a slower car up ahead, my SUV didn’t wait to be slowed down. It put on the left turn signal, pulled left at 80 mph without breaking stride, passed traffic, then pulled immediately back into the right lane. What if a vehicle was to our left, you ask? Cadillac held station until it passed, then executed the passing maneuver. My 32-year-old son — no stranger to the hi-tech abilities of autos I test — gave it a try.

“Whoa! No way!” he exclaimed as the Escalade performed a flawless pass.

So good is Super Cruise you have to remind yourself to pay attention. There are the aforementioned dead zones and construction areas. Or, heaven forbid, a ladder dropped from a utility truck (yeah, that’s happened) that the system can’t see.

Exit the highway for a bathroom break, and the system will give up as it jumps the invisible geo-fence. Super Cruise has only mapped divided highways.

There are other super features on board.

Tesla launched the first salvo in the screen wars way back in 2012, and Escalade’s offering is three screens in one, spanning a 38-inch-wide, dash-mounted jumbotron. It’s a solution as practical as it is elegant. Whereas deeper console screens — think Tesla Model S or Ram 1500 — require the pilot to look down from the road, the Caddy system is always in your line of sight.

Useful is the left-side touchscreen, which allowed me to variously adjust the head-up display, check mileage or configure the instrument display. I chose to put the navigation route in the display in front of me while using the right console screen to show Sirius XM stations.

The Dark Knight earned high marks for practicality. The diesel engine returned a solid 28 mpg highway (compared with the available V-8’s 20). My wife, son and his bride-to-be traveled comfortably — especially my son, who fell ill from food poisoning on the return journey.

Long journeys and illness don’t pair well, but my son had three restful options: 1) lay the front seat flat, 2) lay the second- and third-row, right-hand seats flat to make a (hard) bed, or 3) curl up in the roomy, dark third-row bench seat (helped, in part, by a new compact independent rear suspension) with the panoramic roof shut.

He chose option three and got needed sleep on our way back home on I-75. Roomy, luxurious, imposing. Escalade is a castle on wheels.

Lows: Hard to park; gets pricey

Daily Record
Hyundai Kona N: I just didn’t want to get out of it

This is a car that, at the touch of a little red button, can transform from a sporty little SUV…

Babu, who has set up Tamil Nadu’s first donkey farm near Tirunelveli, is supplying the animal’s milk to a cosmetic…

The Hindu
‘Everyone forgets about you’: Erin Jackson on returning home after Olympics gold

After making history in Beijing, the speed skater faces life after the spotlight, with sponsorships, training and changing the sport…

A small fix — an organized closet, a bit of luxury, or better lighting — is all I really need…