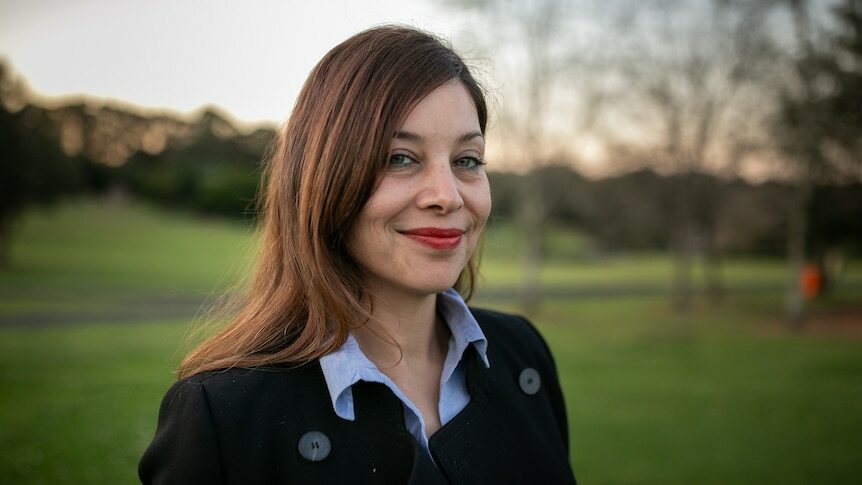 Marwa Moeen is huddled in an apartment in Kabul with 15 other young women.

The 20-year-old university student is in hiding, fearing for her future.

"The Taliban has made my home a jail for us," she said.

Ms Moeen was in a business lecture when her mother called her in a panic asking her to rush home — the Taliban had taken the capital.

"In that class every girl's mum called at the same time. My mum was crying. Some of my friends live in other provinces that can take a few hours to get home," she said.

"Given the rush of people outside, it was dangerous, so they told their daughters to go home with me.”

Life changed overnight for the entrepreneur, who ran a women's clothing shop as she finished her education. She was the sole breadwinner for her family of nine.

It's a valid fear for the women, who are all aged in their 20s and from the Tajik ethnic group.

In early July, Taliban leaders issued an order to local religious leaders in provinces they had captured to provide them with a list of girls over the age of 15 for "marriage" with Taliban fighters.

When the ABC spoke to Ms Moeen one week ago, she was desperate.

"All I can say is please help us. When they knock, we are lost," she said.

Their call for help was answered by a group of women in Sydney they'd never met.

Tamkin Hakim is beaming as she taps away on her phone and confirms the women just reached the immigration border between Afghanistan and Pakistan on Thursday.

The Castle Hill-based Afghan community leader has been a key part of Afghan Women's Rescue, a volunteer group of about 15 women who mobilised in August over WhatsApp.

"We fill out [visa application] forms, write out their stories, then send them to Foreign Affairs [Department] here for them.

"We come from all walks of life, some lawyers, but also some people who just want to help."

They've connected with over 200 people across Afghanistan.

"Most of them are Tajik women. In the past they've been taken as wives or prized possessions, they're known for their beauty and also being quite progressive in terms of working, so they're targeted in the north," she said.

She found Marwa when she started getting desperate calls from distant relatives about the group of young women who were scared and stuck.

For Ms Hakim, who is living in Sydney's COVID-19 lockdown, seeing the country she fled when she was 10 in civil unrest adds additional stress.

After the Taliban retook the country last month, they claimed their regime was significantly different from 20 years ago when women were routinely stoned to death.

A Taliban official named Mawlawi Abdulhaq Hemad recently agreed to be interviewed by a female anchor on the TOLO News channel where he defended the takeover.

"I am still astonished that people are afraid of the Taliban," he said.

While the interview was taking place, men in the streets were painting over advertisements that depicted women's faces.

But displacement inside the country was rife before August.

Refugees from other provinces like Takhar flocked to Kabul to run from the Taliban weeks before the capital was also taken.

The United Nations High Commissioner for Refugees (UNHCR) says half a million people were newly displaced in Afghanistan since the beginning of the year.

Mahboba's Promise, an Australian non-profit organisation dedicated to helping women and children, told the ABC they are the only ones on the ground at a refugee camp outside Kabul housing 500 families.

"They're the most vulnerable, we've had two women already give birth in that camp, and they didn't even have tents until we gave them some," she said.

"None of them are from Kabul and now 400 families are trying to go back home — so we're trying to raise funds to help them with transport."

Kabul Airport has been deemed unsafe after thousands tried to board evacuation flights out of Afghanistan and a suicide attack resulted in multiple fatalities.

This means many who have protection visas have been forced to travel by road to neighbouring countries like Pakistan to catch flights to their new home countries.

Transport remains an ongoing issue for those stuck in Afghanistan but also for those who have already fled.

While Ms Hakim celebrates Ms Moeen and her friends getting across the border, she worries for many of the other Afghan women her taskforce is helping.

One 23-year old Afghan woman named Faiza* has been stuck in Dubai on an expired visitor visa for the past month-and-a-half.

Unable to get back to Kabul due to closed airports and hoping for a better future, Faiza has finally secured a humanitarian visa to Australia.

"Sometimes I wish I wasn't a girl," she said.

"I don't want to separate from my family, but I need my freedom. I need one night's sleep without tension."

For Ms Hakim and the group of women in Sydney, their work continues to stretch out.

For many, the case load is on top of their regular jobs.

"There's nothing in it for them apart from humanity, and making a difference in peoples lives," she said.