Before the Opals face the best teams in the world, they must face off against each other.

It's high stakes in the lead-up to September's Women's Basketball World Cup, which will be held in Sydney.

Over the next few days, the Opals get their chance to show selectors why they should make the final cut for the prestigious tournament on home soil.

Local players to give it their all against Japan

The Opals will face Olympic silver medallist Japan in three matches in Sydney and Newcastle, starting on Friday night.

While the WNBA and European-based players won't feature, it's a rare chance for the local players to take the spotlight.

"It's a great opportunity for the players in the squad [who] are here, to really put their name forward and do everything they can," Opals guard Tess Madgen said.

"It's not the be-all and end-all if they don't do well, but [it's a good chance] to really get looked at, to give making the final team a red-hot crack. They're here. They're in the coaches' eyes."

Madgen ready to step up

Madgen is one of the most-experienced players in the squad for the series and is enjoying some of the best form of her career.

The 31-year-old made her Olympic debut last year and was a key member of the Melbourne Boomers WNBL Championship win.

"Making my first World Cup in 2018, after my ACL injury, it's just been uphill from there," she said.

"I came back super mentally and physically fresh, to really make my impact. I was 28 when that happened and that is when you start playing your best basketball.

With the recent retirement of captain Jenna O'Hea, Madgen is one of the players who'll be looked upon to help fill the void.

"Being a leader comes naturally to me. I love to talk on the court," she said.

"I'll definitely be looking to help people [for whom it is] their first camp or their first games playing for Australia. I'm super excited for them."

Jade Melbourne is among the new crop finding her place in Australian basketball.

The 19-year-old made her senior international debut at last year's Asia Cup, helping the team to a bronze medal.

And she was recently selected by WNBA powerhouse Seattle Storm as their number 33 draft pick.

"I only realised a month out before the draft that I was actually eligible for it, so it all happened really quickly," Melbourne said.

"When I was called out, at pick 33, I did get a little bit nervous as there's only 36 picks in the draft.

In a sign of Melbourne's maturity, she decided against making the move to the US straight away, instead opting to spend a further year in Australia before joining the Storm.

"I'm still so young and [have] still got so much to learn and develop that going over there, I probably wouldn't have given myself the best opportunity to crack a roster spot," she said.

"So, this now gives me 12 months to prepare. I get to be included in camps like this, to continue to work on my game, learn from older players, another season the WNBL, my first proper off-season in Ballarat.

"And then, hopefully, this time next year, I get to go to training camp and give it a really good shot and, hopefully, sustain a roster spot in the WNBA, because that's the dream, ultimately."

Maddison Rocci is another youngster on the rise — she debuted for the Opals in February at a World Cup qualification tournament in Serbia.

And with the Opals on a mission to transform into a feared defensive team, the 23-year-old point guard wants to be at the centre of that.

"I always pride myself on the defensive end. And I think bringing that defensive energy up the floor, guarding that point guard from end to end is something that is going to be really needed at the World Cup and these games we're playing against Japan.

"So it's something that I would love to drive in this team."

The strength of the sisterhood

While plenty of players are getting their chance to play in the lead up, they won't all make the final cut for the World Cup.

There will be close calls, disappointments, and delight.

But the players are adamant their sisterhood is steadfast no matter who ends up stepping onto the court in September.

"The sisterhood legacy's carried through ever since I began," said Madgen.

"But we just kind of made it our trademark, now that's what we are. We're all one, one through 12.

And that excites the younger players, like Melbourne, who is just beginning her journey.

"The things I'm picking up everyday is just how special it is to be an Opal and [to] represent the legacy that's come before us.

"The Opals have always been so successful and the older girls always harp on that we want to honour the past and inspire the future." 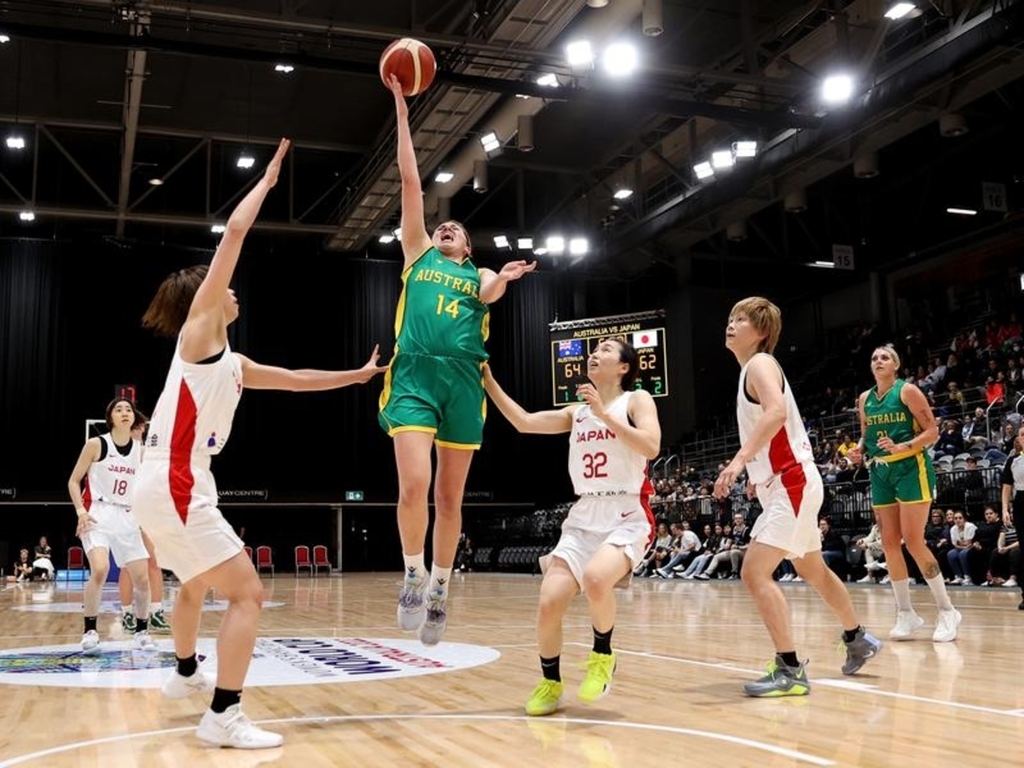 Melbourne sparks Opals in win over Japan
A strong final period saw the Opals edge Japan 72-66 in their basketball international.

The Opals will play three games against Japan ahead of September's Sydney World Cup, their first action since revelations of…