Australia's record-breaking floods can be traced back to one thing, experts say

The record-breaking speed and severity of the floods in northern NSW and south-east Queensland were caused by a "highly unusual" combination of weather events, experts say.

Rainfall and river height records have been smashed during the deadly emergency, which has seen thousands of people displaced and entire communities submerged.

Nina Ridder, a research associate at the University of NSW Climate Change Research Centre, said the floods were caused by a combination of two consecutive La Niña weather systems.

La Niña is a complex weather event that occurs when water in the Pacific Ocean close to Australia heats up, while the water in the eastern Pacific near South America is unusually cold.

The phenomenon usually, but not always, causes extreme rainfall.

Dr Ridder said water catchments had filled over the past two summers and had reached capacity.

NSW's "area average" rainfall last year was 720mm, which was 30 per cent higher than the long-term average, and the sixth highest annual total since 1900, according to the Bureau of Meteorology (BOM).

Brisbane received 676mm of rain from Saturday to Monday, which is around half of the amount that would usually fall in a year.

Flooding in the Northern Rivers region of NSW has also smashed records.

More than a dozen people have died during the crisis that has engulfed two states.

In Lismore, home to more than 43,000 people, the Wilsons River broke the levee bank and peaked at 14.11 metres, 2m higher than its previous record.

Further south, the Richmond River at Bungawalbin peaked at 7.32m, breaking its previous high of 6.1m.

Downstream at Woodburn, the river topped 7.18m, nearly 50 per cent higher than its previous record of 4.92m.

Woodburn was the site of heart-stopping scenes of dozens of cars trapped on a bridge as floodwaters flowed across each end.

That water is now flowing towards Ballina on the coast, where Mayor Sharon Cadwallader said council modelling predicted a one-in-500-year flood.

Dr Ridder likened the La Niña effect to boiling a pot of water.

"The hotter it is, the more water vapour you have in your pot, the more droplets form on the lid of the pot, and that drops back into the water that you're heating," she said.

"That's roughly the same thing that's happening in the atmosphere."

There have been 30 La Niña years in Australia since 1900, according to the BOM.

The BOM ranks La Niña events by their intensity — weak, moderate or strong.

They have been associated with some of Australia's worst floods.

Dr Ridder said the extent to which flood plains had expanded needed to be communicated to people living in flood-prone areas.

She said that the warming of the atmosphere was causing more extreme rain events.

"Especially when you have events like this. We have two wet summers following each other."

Margaret Cook, who specialises in the history of natural disasters at the University of the Sunshine Coast, said no two floods were the same.

Climate change was making them harder to model and predict, she said.

She said she would like to see the "flood armies" come in before the event and evacuate people.

It was important to learn from floods and keep them fresh in the memory, she said.

"Because what will happen now is we'll go into drought or bushfire or another natural disaster, and we do forget. So it's actually really important, if we can, to take stock a little bit." 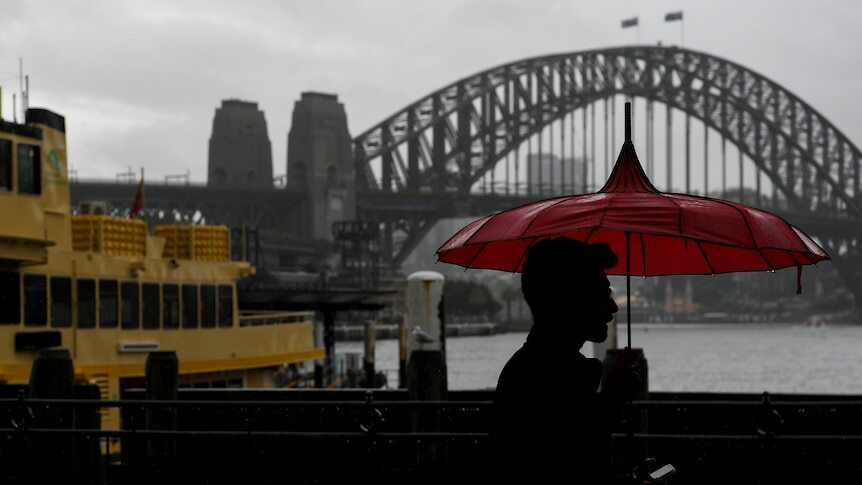 ABC News
One subscription that gives you access to news from hundreds of sites
NSW 'not past' flood danger yet: SES

Don't pack away your Bunnings umbrella just yet.

Pedestrian.tv
'One of the most extreme disasters in colonial Australian history': climate scientists on the floods and our future risk

The deluge dumped on southeast Queensland and northern New South Wales this week has been catastrophic. Floodwaters peaked at around…

The Conversation
From Gympie to Grafton, see the floods devastation from the air

Images captured from planes by Nearmap begin to show the scale of the devastation.

Australian authorities on Friday warned of more rains over the weekend in several flooded regions in the country's east, likely…