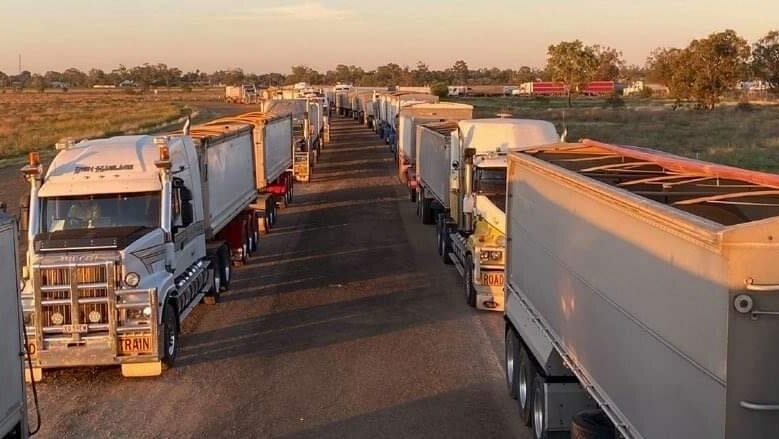 It is official. Australian farmers are having a record-breaking good time.

Government economists at the Australian Bureau of Agricultural and Resource Economics and Sciences (ABARES) now expect the agriculture industry will grow a whopping $73 billion worth of produce this financial year.

Good weather across most of the country, combined with drought in Russia, Canada, and the United States, will boost returns for grain growers now expected to export $30 billion of winter crop — an increase of 17 per cent.

An almost insatiable hunger for protein, a return to good seasons, and herd rebuilding is expected to keep livestock prices near record highs, with the value of the red meat sector forecast to jump by 8 per cent this year to $33.5 billion.

The value of Aussie-grown fruit and vegetables is also expected to hit a record, hauling in more than $12 billion at the farm gate.

ABARES expects a global economic recovery to keep wool prices strong and the high cost of livestock feed in China to drive up demand for Australian dairy products.

"The forecast for next year is due to a combination of factors, all tumbling neatly into place," said ABARES executive director Jared Greenville.

The latest commodity forecast, released by ABARES today, shows the value of Australia's farm production revised up by 12 per cent, or $8 billion, considered the largest revision made in a single quarter for 21 years.

Not all smooth sailing

Distribution of the COVID-19 vaccine was also a concern.

"The speed of COVID-19 vaccine distribution is the key downside risk, especially in emerging and developing economies," today's report said.

"Continued outbreaks increase the risk of further virus variants which could be more resistant to vaccines, more infectious, or more likely to cause death or serious illness.

"This would slow the recovery in travel and discretionary spending, and lead to reduced prices for agricultural products."

The report did not discuss Australia's domestic vaccine rollout.

It said the loss of Australia's most valuable market, China, for wine and barley due to political tensions was still having an effect on returns.

"While agricultural exporters are proving adept at diversifying into new markets or taking advantages of changes in trade flows, this does come with transition costs and lower prices as has been seen for barley," Dr Greenville said.

He estimated the price of Australian barley had dropped by as much as 20 per cent since China introduced tariffs in May 2020.

According to ABARES, the value of wine exports will fall an extra 12 per cent in 2021-22 also due to tariffs imposed by China.

It said the labour shortage, exacerbated by COVID border restrictions, contributed to about a 5 per cent jump in the retail price of fruit and vegetables last year.

ABARES expects retail prices for fruit and vegetables will be similar again this year.

"Unfortunately, all good things must come to an end," Dr Greenville said.

"We are dealing in unprecedented economic times, and plenty of industries in Australia haven't been lucky enough to see that kind of growth," he said.

"We're looking at our second good year in a row, with a bumper crop harvest, international demand for our produce and a strong market for livestock."

The National Farmers' Federation has set a government-endorsed goal to grow the industry to be worth $100 billion by 2030.