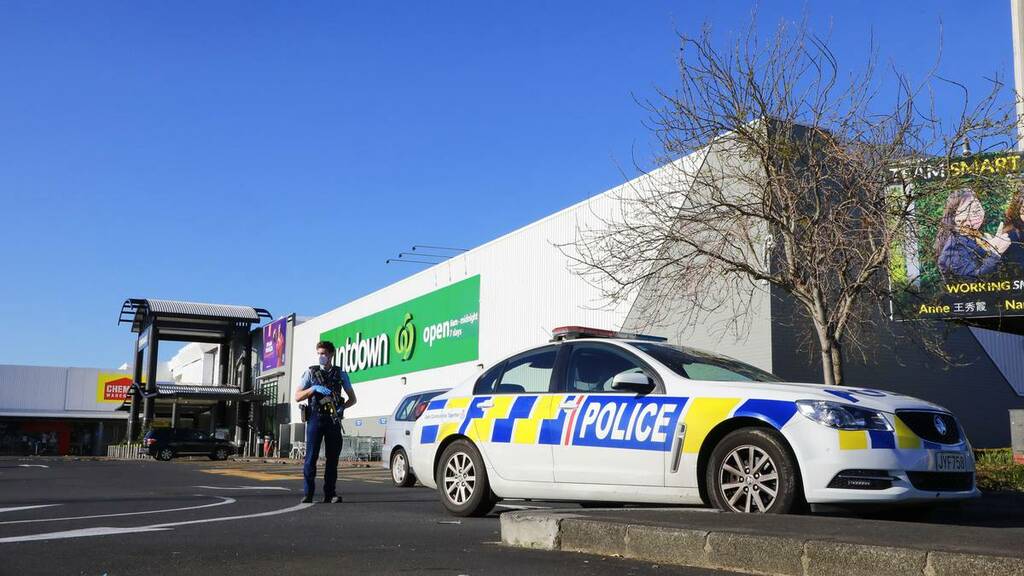 Rod Khan was going about his weekly shop when he found himself in the midst of a terror attack.

The 53-year-old truck driver was one of many shoppers who were in LynnMall Countdown on September 2 when a man entered the supermarket and stabbed seven shoppers before being gunned down by officers of a police anti-terror squad.

"I went to go grab the last two tins of tuna, then that's when we heard all the screaming," he told TV programme Sunday.

Khan said there was a "terrifying scream" that sounded like someone was getting seriously injured.

Khan started to walk around the aisles to find where the noise was coming from before seeing a man with a knife attacking a woman.

Khan said it looked as if the woman had been stabbed six to eight times in the "neck, chest and face areas".

He said he couldn't run away and "needed to do something".

Khan then threw two cans of tuna at Samsudeen.

"When I was probably five to six metres away from him, I yelled out at him which made him stop stabbing the lady and he turned around and looked at me and that's when I threw the two cans."

Two cans hit the attacker in the face.

Samsudeen then moved towards Khan with the knife. Khan said he retreated over a trolley and dislocated his shoulder.

Samsudeen was under 24-hour police surveillance when he entered Countdown LynnMall and grabbed a knife from the supermarket shelves before running through the aisles shouting. He was shot dead by police as he went on his rampage.

The 32-year-old had largely been in custody since May 2017 following his arrest at Auckland International Airport, as police believed he was attempting to travel to Syria to join Isis.

Samsudeen's victims are now recovering, with some still in the hospital.