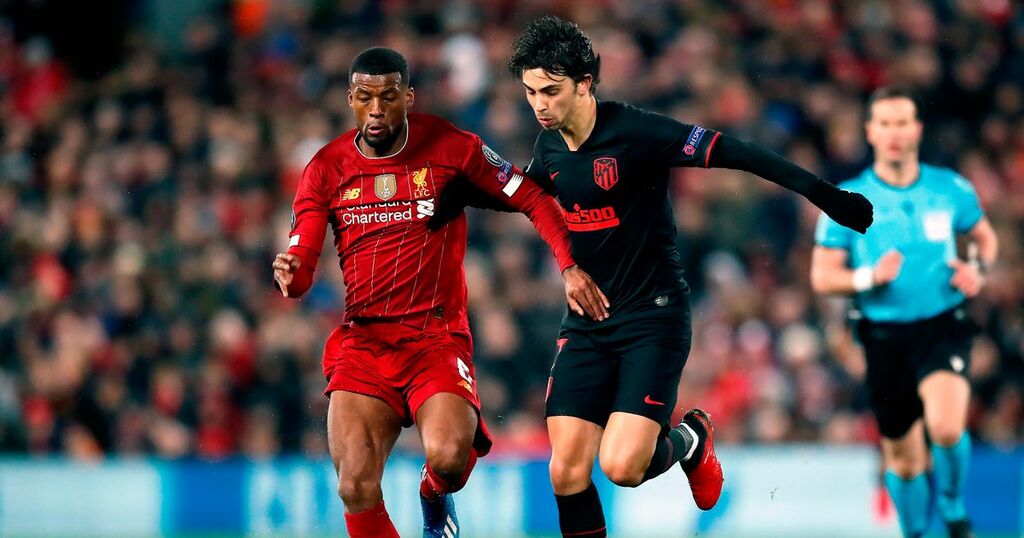 Atletico Madrid star Joao Felix has made a bold statement regarding Liverpool.

The two clubs will meet in this season's Champions League group stage and Felix believes that the Reds are the 'best team in England.'

That is despite Jurgen Klopp 's men finishing third in the Premier League last term and failing to win a trophy.

The 21-year-old played when Atletico beat Liverpool 4-2 on aggregate in a 2020 round-of-16 clash and have been drawn together in Group B, first set to face each other in October.

Ahead of his side welcoming Porto to the Wanda Metropolitano on Wednesday when Klopp and co face a visit from AC Milan, Felix has complimented the Reds.

"We have a difficult group and we will face teams that in their countries are the best," said the Portuguese youngster who cost £113 million to buy from Benfica in 2019. "They will be very disputed games, but we will do our job to win the three points in each game.

"FC Porto? It's a team I know well, its characteristics and its way of playing. I'm prepared for the game," he stated, having missed the start of 2021-22 following ankle surgery.

"It was difficult times, it's never easy to play without being well. But he did it of his own free will and to help the team. Now I'm fine, recovered and I'm just focused on doing things well this season.

"I feel good, I haven't felt so good for a long time, with freedom to make certain movements that I couldn't do with the pain before.

"I feel that my game is coming back and I hope to be more prepared than ever for this season."

Klopp is set to speak to the media on Tuesday afternoon but has already given his reaction to the draw.

"I laughed, to be honest, pretty loud because it is a tough group obviously," the German told liverpoolfc.com.

"It’s Champions League, so that’s how it is, and you have to play the best teams in Europe, and obviously some of them are in our group! We played, I don’t know how often, already against Porto, so they will be waiting for us. We have obviously a little bit of [an] open bill with Atletico, and AC Milan, a historical one obviously.

"So, I think our supporters should be looking forward to it – we do, for sure," he affirmed.

In a somewhat startling statistic, Liverpool's only previous meetings with AC have come in two Champions League finals.

Following the 3-3 draw and subsequent penalty shoot-out win in Istanbul back in 2005, the Rossoneri got revenge in 2007 as they become European champions for a seventh time via a 2-1 victory.