By Scott Moritz and Liana Baker 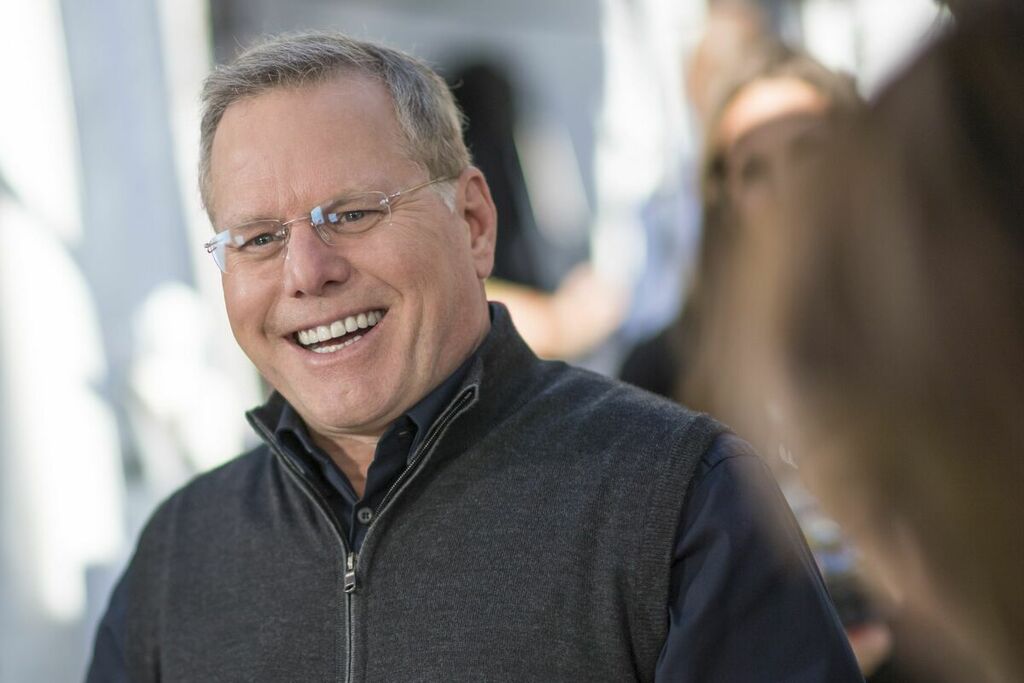 The media industry’s biggest M&A deal in years started with a text message about golf.

Discovery Inc. Chief Executive Officer David Zaslav shot the note to AT&T Inc. CEO John Stankey during a weekend in February, bemoaning the fact that Covid-19 would keep them from meeting up at an annual golf tournament in Pebble Beach, California. That sparked a two-hour conversation that laid the groundwork for a tie-up between the two companies -- and the end of AT&T’s costly foray into the entertainment world.

They kept the talks quiet in the following months, even as the companies brought in bankers from LionTree LLC, Allen & Co. and Goldman Sachs Group Inc., some of whom pulled all-nighters helping hammer out the deal. The tight circle included JPMorgan Chase & Co., which stepped in during the final weeks to handle financing. When news of the deal emerged over the weekend, reported first by Bloomberg News, it stunned AT&T’s own media employees. The telecom giant had only acquired its entertainment arm, now called WarnerMedia, less than three years before.

The discussions weren’t held “in a bat cave,” Stankey, 58, said on a conference call after the agreement was announced. But it was fair to describe them as “discreet,” he said.

The deal, unveiled Monday morning, will merge AT&T’s WarnerMedia with Discovery, creating a new media powerhouse that owns CNN, Turner Broadcasting and HBO, as well as a trove of reality-TV shows and the Food Network. The transaction values the combined entity at about $130 billion including debt, based on WarnerMedia’s estimated enterprise value of more than $90 billion. Zaslav, 61, will lead the new entity.

The Discovery transaction is part of a broader effort by Stankey to slim down AT&T and shed past acquisitions. In February, the company agreed to offload its DirecTV operations after years of losing satellite-TV customers.

AT&T was facing a roughly $200 billion debt load, the highest of any nonfinancial company, and it was increasingly clear that the $85 billion acquisition of Time Warner, completed in 2018, wasn’t going to pay off. The pandemic dealt a fresh blow, erasing most of Warner Bros.’s box-office revenue.

An expansion into streaming brought its own challenges. After launching the HBO Max platform, AT&T found itself stuck in an arms race for new content. With rivals Netflix Inc. and Walt Disney Co.’s Disney+ spending a fortune on new shows, the company realized that success in the streaming world would come at a dear price.

Against that backdrop, Zaslav sent Stankey the text.

“I was sitting around on a Saturday or Sunday afternoon, and I just texted John, and we ended up in a two-hour conversation about the future of media and we talked about where we both were,” Zaslav said. “I think that was really the beginning of it for us.”

The two executives had their first face-to-face meeting in March at Zaslav’s brownstone home in Manhattan’s Greenwich Village. They talked about the future of the industry and how the two companies could team up.

As the discussions progressed, WarnerMedia brass was kept in the dark and only top AT&T executives were involved, according to people familiar with the situation. The deal was codenamed “Columbus,” and each of the businesses had code names based on explorers. AT&T was “Armstrong,” WarnerMedia was “Magellan,” and Discovery was “Drake,” the people said.

About two weeks ago, Zaslav and Stankey handed off the effort to their deals staff. The teams worked in New York, meeting both in person and virtually trying to get the transaction over the finish line.

John Malone, the cable mogul who controls Discovery, was an advocate for the deal. Over Zoom calls with the board, Malone helped convince his fellow directors to proceed with the merger, one person with knowledge of the matter said. The billionaire is famous for orchestrating tax-friendly deals, and the AT&T-Discovery transaction -- structured as a so-called Reverse Morris Trust -- bears his fingerprints.

With the spinoff, AT&T gets about $43 billion to pay down debt -- and a simpler structure built around its core phone business. AT&T shareholders will own 71% of the newly created business, which doesn’t have a name yet.

“There is the flexibility to invest and grow,” Stankey said.

And the new media company may still reap the benefits of work done under AT&T, he said.

“I expect, by turning over 71% of this company to AT&T shareholders, that we’re going to unlock some value of that great work that the WarnerMedia team has done,” he said.