ASX drops, US taps oil reserves but petrol price relief a while off 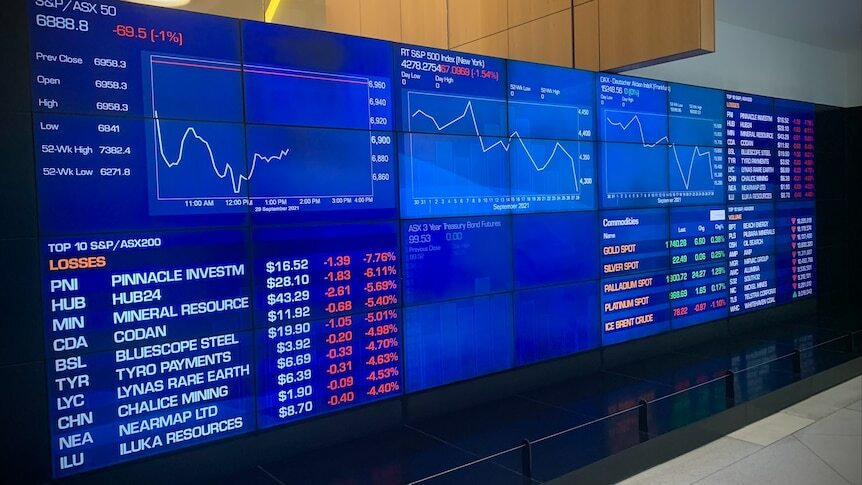 Australian shares have slipped on Wednesday, while oil markets were underwhelmed with US President Joe Biden's strategic oil stockpile release.

Technology and consumer cyclicals were the biggest drags on the market, while energy and utilities led the gains.

It comes as the regulator ASIC announced new licence conditions on the ASX for a technical meltdown in November last year that disrupted share trading.

In its report on the outage, ASIC identified serious deficiencies in the ASX’s processes and handling of the incident.

Only $567 million in equities was traded on the day of the outage, including just $14 million after the ASX closed. That's compared with the average of $10 billion per day in the prior week.

However, the regulator fell short of hitting the ASX with a breach of its licence.

"The additional conditions imposed on the licences of ASX Clear Pty Ltd and ASX Settlement Pty Ltd require an independent expert to be appointed as approved by ASIC to assess whether ASX’s assurance program for the replacement of CHESS is fit for purpose, identifying any shortfalls, and reporting regularly to ASIC," the regulator said in a statement.

Oil prices were up and down after the US announced it would release millions of barrels of oil from strategic reserves in coordination with China, India, South Korea, Japan and Britain in an attempt to cool prices.

Under the plan, the United States will release 50 million barrels, which is the equivalent of about two and a half days of US demand.

Oil prices have hit a seven-year high as demand soars and after OPEC+ countries rejected called to increase supply.

"The market is in the process of shifting into a surplus – global oil stockpiles should bottom in November," he said.

He expected the Australian dollar to strengthen and brent oil prices to fall from $US85 a barrel in this quarter to $US80 a barrel by the end of March next year.

That means relief at the petrol pump could be on its way, although not immediately.

Tesla slid 6.3 per cent, while Microsoft and Apple dropped about 1 per cent each. The three companies were the biggest drags on the S&P 500 and the Nasdaq.

Shares of Zoom Video Communications tumbled 17 per cent a day after it beat earnings estimates but warned of a slowdown as the COVID-19 pandemic wound down and the demand for remote contact dropped.

“The market is being whipsawed by a holiday-shortened week, and it's taking its cue from the recent uptick in interest rates, giving investors additional reasons to take profits in an overvalued market," said Sam Stovall, chief investment strategist of CFRA Research.

It was a better day for banks, which benefited from higher interest rates.

The S&P 500 energy index jumped more than 3 per cent and was the best-performing sector.