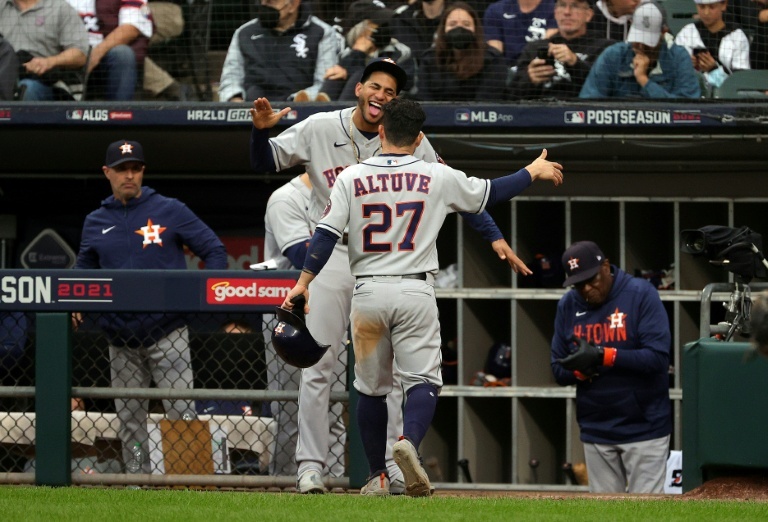 The game four win sealed a 3-1 series victory and sends the Astros into the best-of-seven ALCS for a fifth straight season.Game one takes place on Friday where a place in the World Series will be at stake.

It is repeat of the 2018 ALCS where the Red Sox won 4-1 before going on to win the World Series.

In a game four postponed from Monday due to bad weather, Gavin Sheets raised hopes for the White Sox in the bottom of the second inning, lashing a home run into center-field off Houston ace Lance McCullers to put the hosts 1-0 up.

But the Astros took the lead at the top of the third after Carlos Correa doubled into left field to score Jose Altuve and Alex Bregman to make it 2-1 and the visitors never looked back.

Martin Maldonado singled at the top of the fourth to send Kyle Tucker over home plate for a 3-1 lead and soon afterwards Bregman piled on with a two-run double to leave the Astros 5-1 up.

Left fielder Michael Brantley hit a pair of RBI singles in the sixth and eighth innings to stretch Houston's lead to 7-1 as Chicago's batting line-up struggled to get any joy from the Astros bullpen.

Tempers flared at the bottom of the eighth when Astros reliever Kendall Graveman plunked Jose Abreu, bringing a furious White Sox skipper Tony La Russa out of the dugout.

But there was little further drama and was left for Altuve to administer the coup de grace in the top of the ninth, pounding a fly ball into the left field stands to score Kyle Tucker and Chas McCormick and make it 10-1.

Tuesday's win keeps Houston firmly on course for a third World Series appearance since their scandal-tainted victory over the Los Angeles Dodgers in the Fall Classic in 2017.

In National League playoff action on Tuesday, the Atlanta Braves can clinch a series victory over the Milwaukee Brewers in Georgia.

In Los Angeles, the reigning World Series champion Dodgers face a must-win game against the San Francisco Giants.The Giants lead the series 2-1 after a battling game three win on Monday.