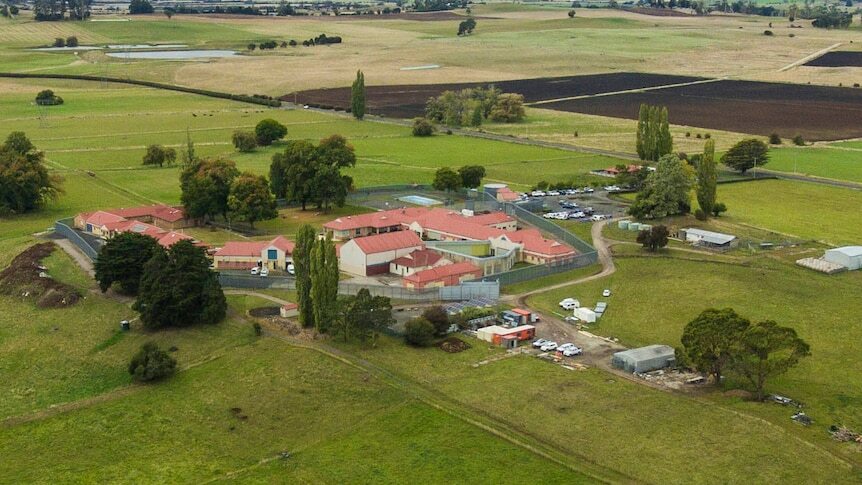 Tasmania's troubled youth detention centre will be closed and replaced with a therapeutic model of care, in a significant change of direction announced by the state government.

Premier Peter Gutwein on Thursday announced Deloraine's Ashley Youth Detention Centre will close within three years, to be replaced by two smaller facilities, one in the north and one in the south of the state.

Stakeholders have been calling for the Tasmanian government to close Ashley for over a decade, including a series of former children's commissioners and more recently former premier Lara Giddings.

Allegations about the site are also at the centre of Tasmania's commission of inquiry into child sexual abuse.

A key recommendation from a report commissioned by the Tasmanian government in 2016 was to shut down the troubled centre, finding it was costly, outdated and ineffective.

Mr Gutwein said it was time for a new approach, and that it had been made clear in his mind after the events of the week.

"I've long held the concern that the allegations of historical abuse and the ongoing speculation around Ashley is not conducive to achieving the best practice outcomes that we have strived for," Mr Gutwein said.

"If we need to pivot some of the current infrastructure program and change the timing on certain projects then we will do so because this is such an important matter to get fixed."

He said his advice was that children currently at the centre were safe, and there would be no immediate impact on those employed at Ashley.

Minister for Children Sarah Courtney said given the commission of inquiry, now was the time to respond to concerns about Ashley.

"This is about setting a whole approach to the youth justice system and youth at risk.

"We are looking for a new way forward."

Ms Courtney will deliver a transition plan to Cabinet within the next few weeks.

The most recent figures show there was an average of 14 children in detention each day, costing about $2,744 per child per day.

Ashley Youth Detention Centre has found itself at the centre of accusations about child sexual abuse that helped spark Tasmania's ongoing commission of inquiry.

At least three staff at the Ashley Youth Detention Centre in the state's north were stood down pending investigation into "hundreds" of serious allegations, including rape.

This week there were revelations of a sexual harassment complaint made by an Ashley employee about a colleague.

Alysha alleged the colleague referred to her as looking like a "Japanese f*** doll", which she found revolting.

Alysha discovered the outcome of the complaint — after an investigation there was no breach of the code of conduct — during a public broadcast of a parliamentary Budget Estimates hearing, rather than being told personally.

Angela Sdrinis Legal announced in July last year that it was preparing a class action alleging physical and/or sexual abuse at the detention centre, and possibly some human rights abuses.

So far, more than 150 people have come forward and made allegations of abuse at the centre, the law firm says.

Director of the firm Angela Sdrinis welcomed the decision to close the centre, but said the government was in "damage control".

"The government must ensure the safety of children whilst any new facility is being built and must invest further in diversionary programs and proper rehabilitation for vulnerable young people."

Meander Valley Mayor Wayne Johnston said the announcement was surprising, but he had been given a heads up by the Premier.

Mr Johnston said the centre was a significant employer for his municipality, and he was worried about how the closure could impact jobs and the local economies of Deloraine and Westbury.

"Those who are employed there at the moment, they will be wondering where they are going to be and what they're going to do in three years' time," he said.

Opposition Leader Rebecca White said the closure of Ashley was a good move, but it was critically important the facilities that replaced it were fit for purpose.

"Children as young as 10 are incarcerated at the Ashley Youth Detention Centre and we can't give up on them," she said.

"We have to make sure they have access to therapeutic, restorative justice practices that help them come out and be contributing members of the community again."

Greens leader Cassy O'Connor said the closure was a "big relief" and "a good day" for young people in Tasmania.

"I have to say, on a personal level, I wasn't sure that this would ever come to bear but now we know that the Ashley Youth Detention Centre will finally close and children and young people who end up in the youth justice system will have a much better chance at a good life."

Greg Barns from the Prisoners Legal Service said the group had been calling for Ashley's closure for decades.

"We are aware, and I saw it as recently as this week, of children being strip searched, handcuffed and isolated at Ashley," Mr Barns said.

"We look forward to the Gutwein government working with youth justice experts, courts and groups such as the Prisoners Legal Service to ensure that there is a therapeutic approach taken."