As Moroccans prepare to vote, what are the key challenges? 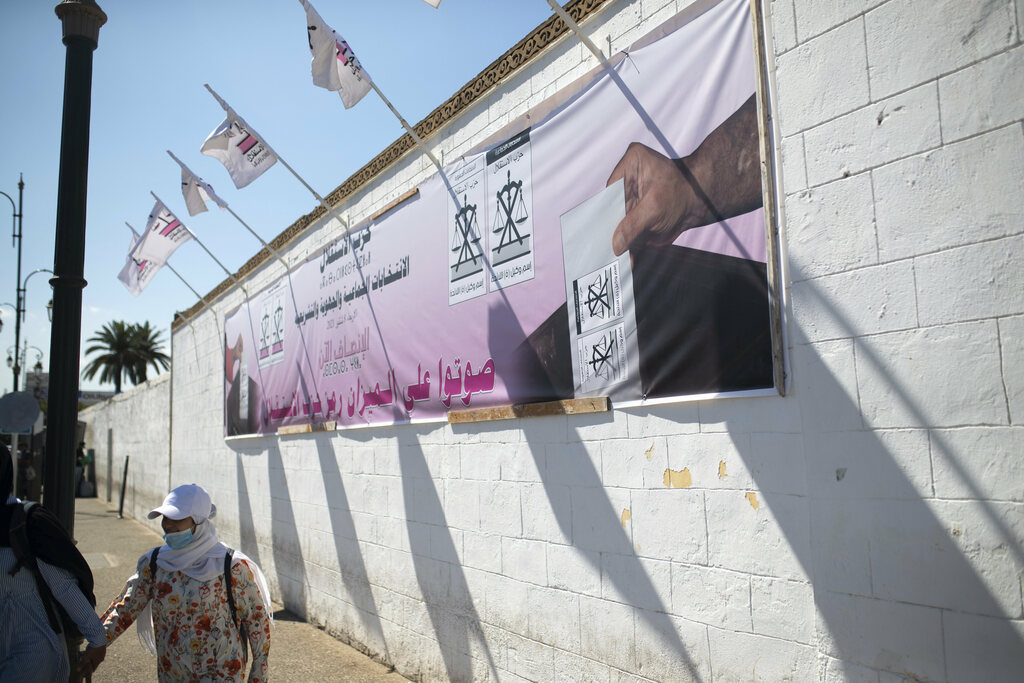 People in Morocco will cast their ballots on Wednesday amid an economic crisis deepened by the coronavirus pandemic and a sense of frustration over the lack of political reform promised a decade ago.

About 18 million people are expected to vote in the pivotal legislative and regional elections, the third since the Arab Spring, while following strict safety guidelines imposed due to COVID.

Candidates are campaigning on the streets in small groups and have intensified their efforts on social media as the North African country grapples with a new wave of infections driven mainly by the Delta variant.

Unemployment and distrust over the political system are among the key challenges political parties have to deal with.

Risk of a divided parliament

In addition to the pandemic, changes to the electoral system are also worrying parties like Morocco’s Justice and Development Party (PJD), which has won the most seats in elections since 2011.

The changes – whereby seats are granted based on the number of registered voters rather than the number of those who actually cast the ballot – might see the party lose its majority.

Analysts fear the new method of allocating parliamentary seats could further fracture the Moroccan political landscape and produce a highly divided parliament that would need a coalition to form a government.

The PJD’s biggest competitors are the National Rally of Independents Party and the Authenticity and Modernity Party.

On Wednesday, voters will choose the 395 deputies in the house of representatives and 678 seats in regional councils.

Opinion polls are banned in Morocco near election time, but a survey in February by the Moroccan Institute for Policy Analysis showed about 64 percent of people planned to abstain.

Sofiane Fares, one of four first-time candidates in Morocco’s elections who came of age during the Arab Spring and is now in his 30s, urged young people in the northwestern town of Sale to cast their vote.

“They don’t believe in the election itself and all this theatre of the elections,” Fares told Al Jazeera. “They are tired of it, all the time they see the same people getting elected.”

Morocco adopted a new constitution in 2011 after decades of skirmishes over the separation of powers and the king’s role in the day-to-day running of the country.

Drawn up in reaction to the February 20th Movement, the local version of the Arab Spring uprisings, the document moved the country closer to a system of constitutional monarchy, but did not alter the king’s central role.

As a result, regardless of who holds elected office, major decisions come from the palace, including during the coronavirus crisis.

“We continue to live in an exceptional despotism,” Montassir Sakhi, another election candidate, told Al Jazeera. “We say that the king should not be at the centre of political life because those that are should be accountable to the public.”

‘We need a change’

While some remain sceptical over the value of the elections, others are putting their hopes on Wednesday’s vote.

Redouane Bahemmou, 23 and unemployed, lives in Temara, a coastal city near the capital Rabat. Like other young people in Morocco who cannot find a job, he has considered emigration to fulfil his dreams and have a better life abroad, even if that means putting his life at risk.

“I know that we all love our country, it is the best country, but we need a change,” he said.

Lack of work, lack of clients, lack of financial support, that’s what the pandemic has meant for Fatima, a 41-year-old widow and mother of four children who runs a beauty salon in Sale.

“After this pandemic, everything changed. We have experienced a serious crisis, there is no income especially after the decisions to close hairdressing salons several times,” Fatima said. “We hope to have good news after these elections, so we can improve our situation.”