Arteta admits Arsenal must start to deliver quickly after overhaul 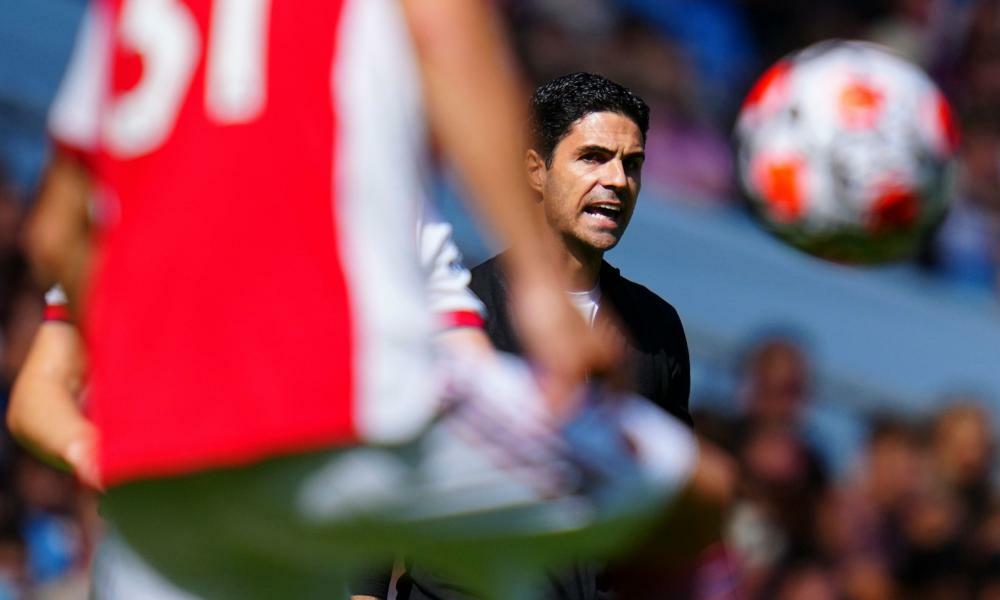 Mikel Arteta says it is time for Arsenal’s squad to deliver on the promise that made the club the Premier League’s highest spenders this summer. Six players aged 23 or under have been brought in at a cost of £147.5m but they are yet to score or pick up a point.

Arsenal host another team with no points, Norwich, on Saturday after defeats by Brentford and Chelsea were followed by a 5-0 thrashing at Manchester City.

“We have a completely different squad,” Arteta said. “It’s unheard of. Now we have to make it work, we have to glide it together, build relationships, chemistry and understanding. We have to do that really quickly.”

Arsenal signed Nuno Tavares, Albert Sambi Lokonga, Ben White, Martin Ødegaard, Takehiro Tomiyasu and Aaron Ramsdale as part of a long-term project supported by the owners and the technical director, Edu. The club are awaiting a work permit for Tomiyasu, who is due in London on Thursday and should be available against Norwich.

The club have said the acquisitions are part of a long-term plan aimed at helping Arsenal challenge at the top again. “We have tried to explain the project and the decisions that have been made over the last few months,” Arteta said. “The amount of changes that happened in the past three years is almost 30 players. We have all participated trying to create and build this project, obviously led by the owners.

“It is a project we believed in, that we have to assemble, as it is the option that is the best for the future of the football club and we all take responsibility, because we’ve all been involved in the decision. Now we have to make it work.”

Granit Xhaka is still in Switzerland after testing positive for Covid-19 on international duty. The midfielder is unvaccinated despite Arteta and Arsenal encouraging players to get jabbed.

“We are trying to explain all the reasons why it is the right thing to do,” Arteta said. “First of all, why it will protect the club, secondly the teammates and the environment they are around, the exposure they will have if they do not do it.

“It is a personal matter, it is not an obligation, and we have to respect that.”