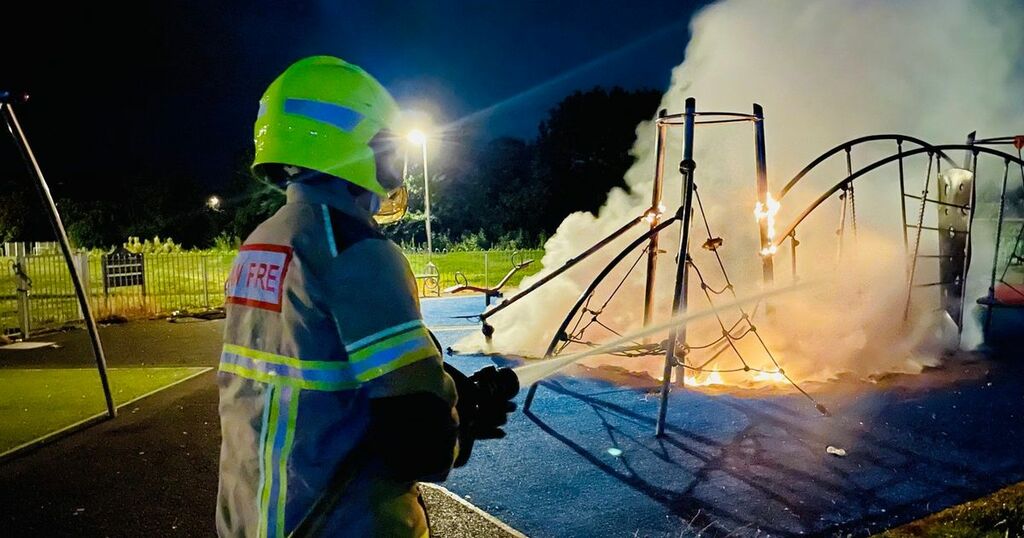 A fire which has ruined a children’s play area in Cardiff and caused thousands of pounds' worth of damage is thought to be deliberate, emergency services have said.

A spokesman for South Wales Fire and Rescue Service said it received reports of a fire in a children’s playground in Trowbridge in the early hours of Monday morning.

A crew from Roath station attended the scene at the play park and on arrival said they were faced with a fire “that had spread across the park causing significant damage to the playground equipment and outdoor furniture”.

Firefighters believe the cause of the fire to be deliberate after it emerged an accelerant had been used to cause “significant damage”.

A statement from the fire service reads: “Deliberate fires are extremely dangerous. They can spread out of control easily and quickly, putting lives in danger, causing significant damage to property and the environment including causing harm to wildlife. In this case the fire caused thousands of pounds' worth of damage to the community.

“The fires also give off thick swathes of smoke which can increase the risk to the elderly and vulnerable people with medical conditions. Healthcare professionals have highlighted the dangers of smoke caused by such fires to Covid-19 sufferers who may be living nearby."

The fire service has made an appeal to the public, adding: “Our fire crime team are working closely with our partners at South Wales Police and local authorities to tackle anti-social behaviour of this type to help reduce risk and keep communities safe.

“We would urge anyone who has information on suspected deliberate fires or who sees anything suspicious to contact 101 or call Crimestoppers anonymously on 0800 555 111. If you see a fire, or anyone starting a fire, please call 999 immediately.”

To get the latest Cardiff news sent directly to your inbox every single day sign up for our Cardiff newsletter here.