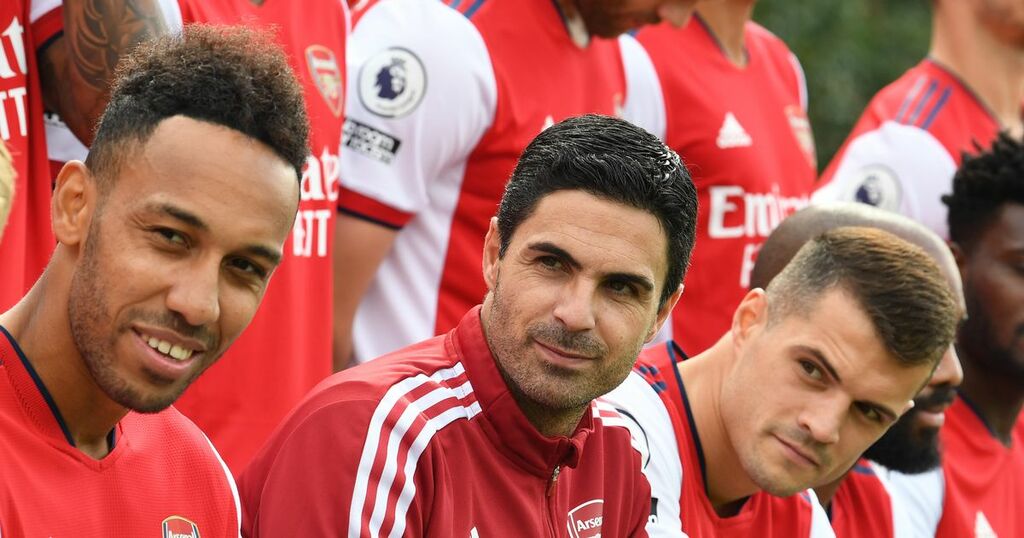 It seems to be a yearly occurrence where Arsenal find themselves in a situation where they are desperately trying to renew a players’ contract due to the threat of killing a player's value or losing them on a free transfer altogether.

These next couple of seasons are set to be no different as five players are set to leave on a free transfer at the end of this campaign due to their contracts expiring.

Alexandre Lacazette, Eddie Nketiah, Sead Kolasinac, Mohamed Elneny and Calum Chambers are all yet to have their futures resolved.

This leaves Arsenal running the risk of putting themselves in a Granit Xhaka situation where they offer one of these players a new bumper contract despite the initial intentions to sell the player.

This could most definitely be the case with strikers Lacazette and Nketiah due to their value and who they can be replaced with.

Lacazette was signed by Arsenal from Lyon in a £50m deal in 2017, with high hopes the forward would lead the frontline for years to come.

However, his time in North London has been incredibly inconsistent and he has found himself as an important player from the substitutes bench more often than not.

It will be hard for the club to cut their losses on the player considering how much they acquired him for and he is certainly a striker that is more than capable of being useful as backup.

This could tempt the club to offer him a new contract which avoids losing him on a free transfer and prevents the owners from having to splash the cash on a new striker.

The situation is also similar for Nketiah. Whilst he is an academy graduate the club had put him on the transfer list during the summer transfer window and a potential move to Crystal Palace failed to materialise.

The Englishman has shown some good displays in an Arsenal shirt and to prevent the club from losing him on a free transfer a contract extension is certainly on the cards.

However, it would be a disappointing decision by the club if they are to follow the Xhaka model by offering the two strikers a new contract to prevent losing them for a cut-price deal or a free transfer.

Mikel Arteta promised a rebuild towards the end of the last season and the attacking positions will not see a change If both Lacazette and Nketiah are to stay.

The Gunners have struggled to find the net as have they done in previous seasons and a switch-up within the striker positions will certainly get the side firing again.

Chambers, Kolasinac and Elneny are surplus to requirements and they should not be offered new contracts. Arsenal should let these players leave the club and focus on the rebuild that was promised.

Out of this list the Gunners should really be focusing on nailing down the contracts of Aubameyang, Maitland-Niles and Reiss Nelson.

Maitland-Niles and Reiss Nelson should still be considered the future of this club after graduating from the Hale End academy and still have a lot of potential and promise to offer.

Aubameyang is the club captain and our main goal scorer, so without a quality replacement in line it would be reckless to try and offload him or to let his contract run down any further.

Torreira and Guendouzi already look set to leave the club after their loan deals as they have clauses in their contracts with the option-to-buy.

Whilst the club has gone in a different direction away from Bellerin who has been one of Arsenal’s longest-serving players in recent years.