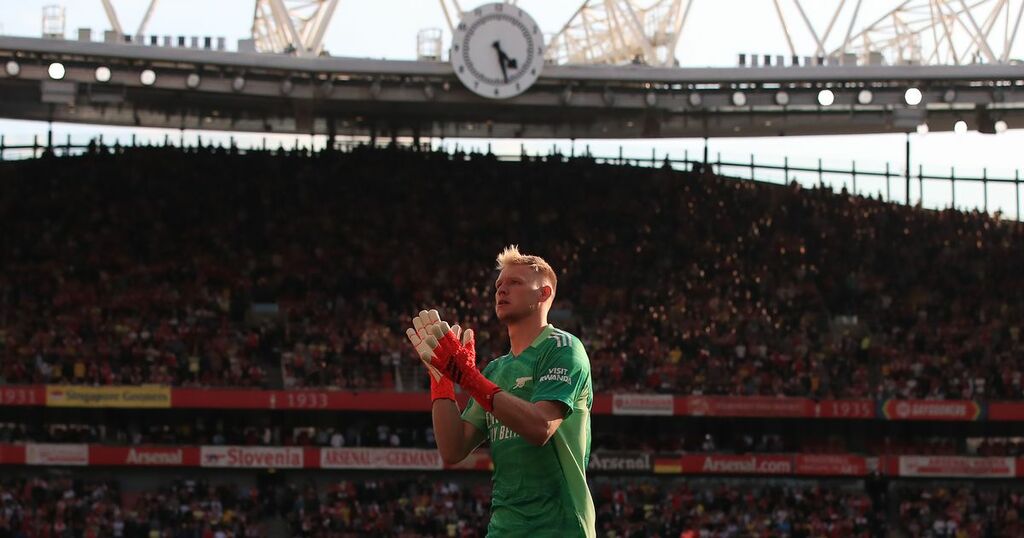 Aaron Ramsdale has been magnificent since his arrival from Sheffield United in the summer transfer window.

The Gunners had started the Premier League season with extreme defensive frailties after nine goals were conceded in three games which saw the north London side pick up zero points.

However, there was a shift in the team’s performances once Ramsdale was put into the starting eleven as Arsenal have now gone on a four-game unbeaten run and only conceded one goal in the process.

The 23-year-old is a major testament to this as his 90% save percentage has helped the team to achieve three clean sheets during the change of form.

This impressive statistic is higher than some that are considered the best in Europe as Edouard Mendy, who won last season’s UEFA goalkeeper of the year award currently has an 87% save percentage this season.

Fans and pundits alike have criticised Arsenal for signing Ramsdale as they felt that the £24 million price tag was way too exaggerated for a goalkeeper who has faced back-to-back relegations in the Premier League.

However, since joining Arsenal he has shown the qualities of a goalkeeper that can certainly compete at the top.

He has made some excellent saves, notably the shot from Lucas Moura in the North London Derby which Ramsdale got his fingertips to before knocking the ball onto the crossbar.

This has been supported by his confident distribution which fits Mikel Arteta’s style perfectly and is a major reason why he has been chosen over German goalkeeper, Bernd Leno.

The current Arsenal boss was awarded Premier League manager of the month for September which is the first time a manager from the club has collected this award since Arsenal Wenger was nominated for it in October 2015.

Arteta certainly has Ramsdale to praise for this award, due to his impact on the team which the Spaniard has recognised.

"The way we decided to recruit Aaron was to go through a big process where obviously we wanted to know a lot about his personality, his character and the way he could handle the big pressure of playing for a big club," said Arteta.

"He's showing that he's ready to do that. I'm really happy with his performances and what he's bringing to the team and it's another reason why the team has made it difficult to concede goals."

No team has conceded less than Arsenal since Ramsdale came into the side which is so important when you take in the fact that no club had conceded more than the Gunners before he made his Premier League debut against Norwich.

Having a better save percentage than some of the world’s best goalkeepers when still at such a young age shows just how high the ceiling is for the England international.