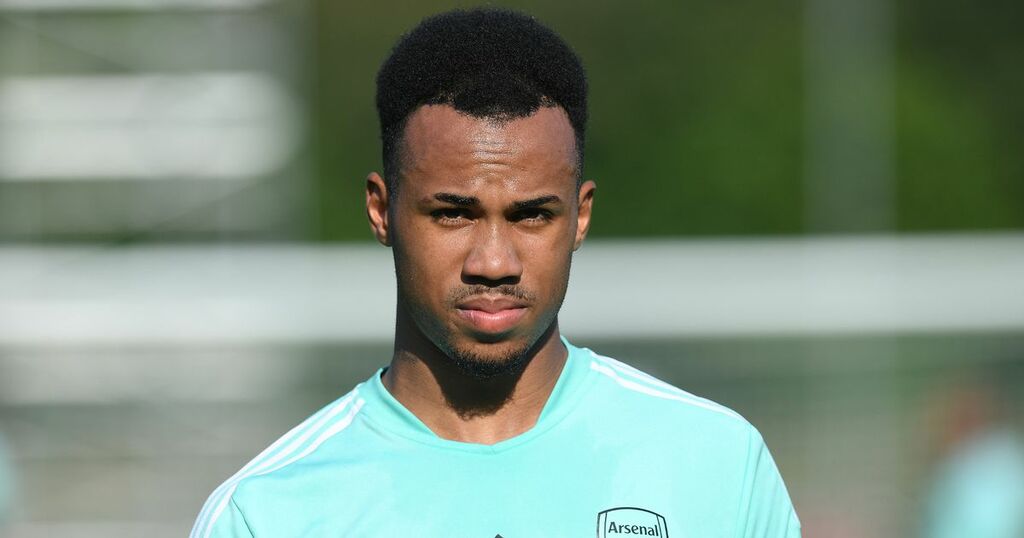 Arsenal boss Mikel Arteta has received a welcome boost ahead of Arsenal's clash with Norwich on Saturday as three players returned to training following injury.

The Gunners are in desperate need of a result at the weekend after losing all three of their opening fixtures, with pressure now mounting on Arteta to turn things round.

Their start to the campaign has been made all the more difficult by a coronavirus outbreak in his squad, as well as a number of players being unavailable through injury.

But fortunately it now looks as though several of those players are now back in contention to face Norwich.

Thomas Partey, Gabriel Magalhaes and Eddie Nketiah were all pictured in training on Monday and could feature in the clash at the Emirates.

The returns of Partey and Gabriel in particular will be pleasing for Arteta, who had to field a second string defence against Manchester City, while midfielder Granit Xhaka was sent off.

If passed fit, Partey could well start alongside Albert Sambi Lokonga in midfield, due to Mohamed Elneny facing a battle to be involved after withdrawing from the Egypt squad with a muscle injury.

However, it's more likely that Aisnley Maitland-Niles will be selected instead, given Partey has not had any minutes under his belt for some time.

Meanwhile, Gabriel may feature after coming through an under-23 match vs Tottenham unscathed, and could even partner Ben White in defence.

White has also been back in training since his positive Covid test ruled him out of the defeats to Chelsea and Man City.

Nketiah's comeback from injury is also useful with a Carabao Cup clash to come later this month, but the striker appears to be on the fringes of Arteta's plans and a place on the bench for Premier League action is probably the best he can hope for at present.

The 22-year-old came close to leaving the club during the summer transfer window, almost joining Crystal Palace, only for them to sign Odsonne Edouard instead.

Arsenal even dropped their asking price from £20m to £12m to try and offload the England under-21 star, who could leave on a free transfer next summer when his contract expires.

How should Arsenal line up vs Norwich on Saturday? Have your say below.

Sead Kolasinac is a doubt for the Norwich game too after picking up an injury during Bosnia's World Cup qualifier against France last week.

Both Arsenal and Norwich go into the fixture on zero points and in the bottom two positions in the table.

And Arteta has been warned his Arsenal tenure could end abruptly should his side fail to collect all three points.

Former Chelsea midfielder Joe Cole told Coral: "The future at Arsenal is obviously up in the air.

"I know they've played Chelsea, they played Manchester City, the two best teams, but it's the manner of both defeats.

"They had all pre-season to prepare for the Brentford game and they got it wrong on the day because they weren't at it mentally.

"That has happened too much with the Arsenal. That's not Arteta's fault.

"He's in the storm at the moment. He has to find a result against Norwich and if he doesn't beat Norwich, I think it's probably the end for him."