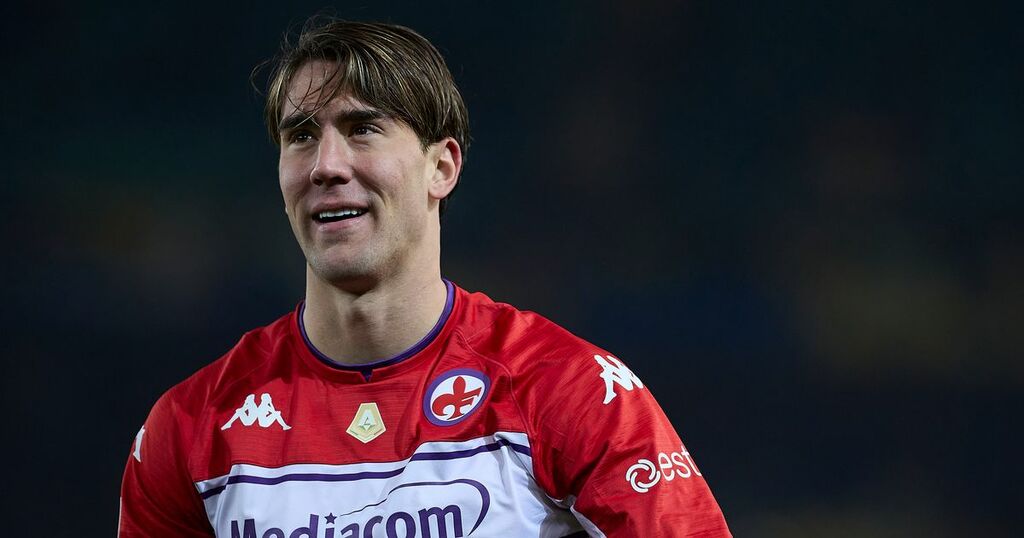 The 21-year-old is Mikel Arteta's top transfer target with the Spaniard keen on bringing in a long-term replacement for Pierre-Emerick Aubameyang and out-of-contract forwards Alexandre Lacazette and Eddie Nketiah.

Sources close to Arsenal technical director Edu insist he is doing 'everything possible' to thrash out a deal this month.

Vlahovic's preference has always been to stay in Serie A and football.london has learnt that the player has told close friends that Juventus or Inter Milan would be his ideal destination when he does decide to leave Fiorentina.

However, it's understood that Tottenham managing director Fabio Paratici boasts a close relationship with Vlahovic's representatives and sources suggest a deal could be in the pipeline for the Serbian to join Arsenal's north London rivals this summer.

Vlahovic scored 23 goals in 29 appearances last season and is wanted by a host of top European clubs.

A fee in the region of £60million is said to be no issue for Arsenal but his representatives remain the biggest sticking point to reaching an agreement.

“I think with the amount of things and the way that we want to evolve the squad, we have to maximise every window in many different ways and we are alert," said Arteta last week.

“[Technical director] Edu and his team are working very hard because we know exactly what we need to do, and whether we can accomplish that in January or in the summer, is a different question as it is related to other stuff.”

When asked if a big deal came along if Arsenal would go for it, Arteta said: “Again, if it is the right player and we can afford it and we can do what we want to do we will discuss it and make the best possible decision. We are open.”

If Arsenal are unable to persuade Vlahovic to sign this month then they will turn their attentions to other targets, including Lille forward Jonathan David, Alexander Isak of Real Sociedad and Everton's Dominic Calvert-Lewin.

Edu met with the agent of David at the end of December and is highly admired by certain figures within London Colney.

How excited are you about Vlahovic? Have your say in the survey below

Meanwhile, Eddie Nketiah is pushing to leave Arsenal permanently this month with the club keen to recoup a fee for the forward.

Nketiah's contract expires at the end of the season and Crystal Palace are currently the frontrunners for the 24-year-old's signature.

Folarin Balogun will complete his loan move to Middlesbrough on Monday, with the Championship side paying 15 per cent of his £43,000-a-week salary and agreeing a £1m loan fee for the duration of his spell on Tyneside.