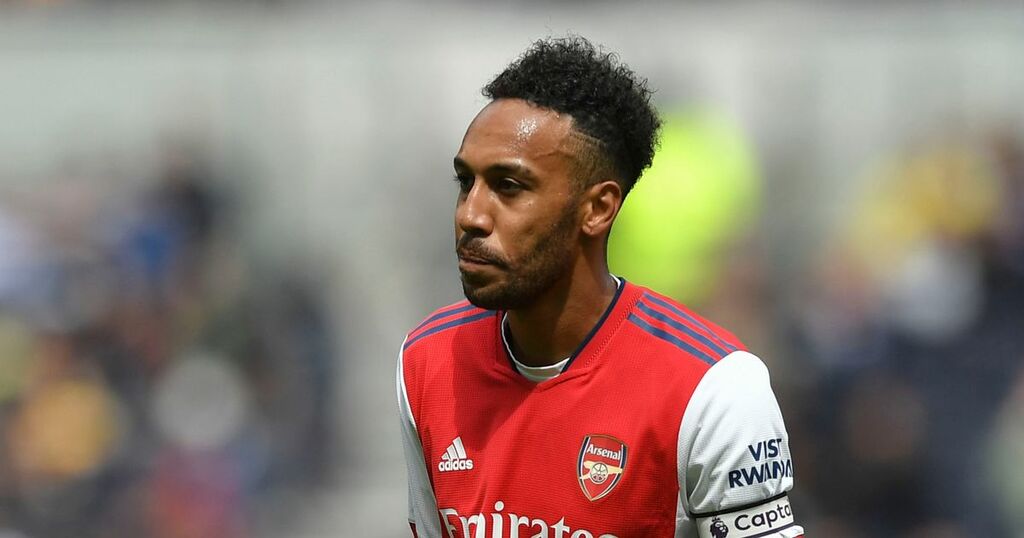 Arsenal will come calling for Sevilla ace Youssef En-Nesyri to replace ageing striker Pierre-Emerick Aubameyang, according to reports in Spain.

Aubameyang, 32 has two years remaining on his contract but his future with the Gunners has been uncertain since he returned an underwhelming tally of 10 Premier League goals last season.

The Gabonese frontman was linked with a move to Barcelona over the summer which failed to materialise, leaving him to begin his fourth full campaign at the Emirates.

Arsenal chiefs are already planning for life after Aubameyang, however, and have sounded out En-Nesyri as the ideal replacement to rejuvenate their attack.

That's according to La Colina de Nervion , which claims the north London club would like to sign the 24-year-old in January.

But Sevilla are determined to hold on to En-Nesyri for the entire season, meaning Arsenal may have to wait to make their move.

En-Nesyri joined the Andalusian club from La Liga rivals Leganes in January 2020 for a reported fee of €25million (£21.5m).

Sevilla are in a strong negotiating position regarding the Morocco international, as he is under contract for another four years.

En-Nesyri made headlines last season as he scored twice against Borussia Dortmund in the second leg of their Champions League last-16 clash.

He ended the campaign with 24 goals in all competitions and has started the current season in fine form with two goals and one assist in three La Liga appearances.

West Ham United were keen on En-Nesyri throughout the recently-closed transfer window but were unable to convince Sevilla or the player over the transfer.

Would Youssef En-Nesyri be a good replacement for Pierre-Emerick Aubameyang at Arsenal? Comment below.

Sevilla director of football Monchi claimed in August that there was "great interest" from and English side in En-Nesyri.

He told Diario de Sevilla : "There have been fewer movements, but it is true that there was a great interest from an English club in one of our players and the player himself said that he had no interest in leaving here, because he is very comfortable."

En-Nesyri won the Europa League with Sevilla in his first half-season with the club, scoring two goals in six appearances.

The Malaga academy graduate has also earned 39 caps for his country, scoring 11 goals.

En-Nesyri is currently on international duty with Morocco and was stranded in Guinea after an attempted coup over the weekend, with Sevilla teammates Bono and Munir El Haddadi also stuck in the team hotel.

Moroccan officials successfully secured the team's exit from the country on Sunday evening after the World Cup qualifier scheduled for the following day was called off.