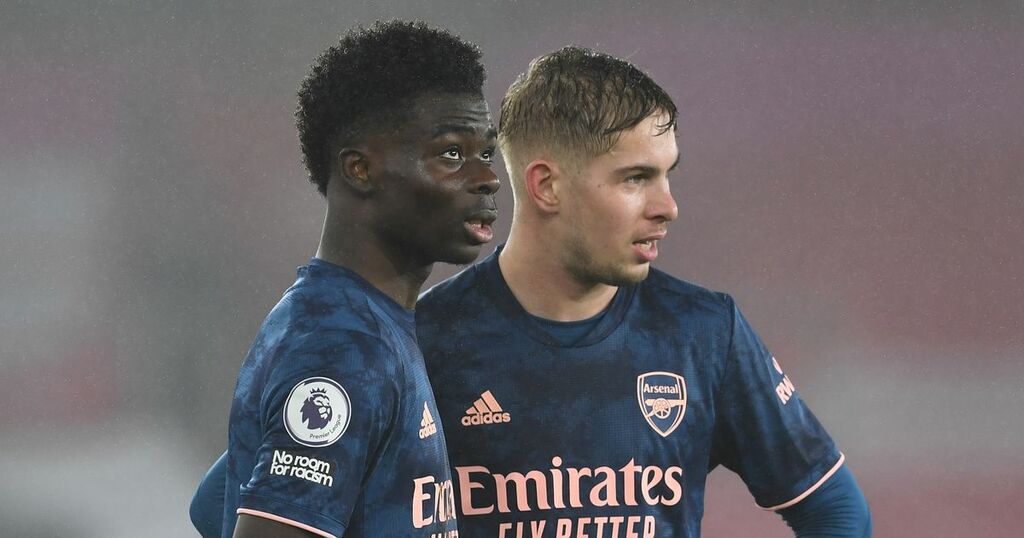 Bukayo Saka and Emile Smith Rowe have been excellent since their promotions from the Hale End academy.

Both youngsters can boast that they have been the most important players in the squad at some point during the last two seasons.

With both of the Englishmen excelling they were handed squad numbers worthy of such promising performances.

However, statistically speaking the pair have stagnated in terms of their goal contributions of late. Saka has only managed to assist one goal in his previous 18 league matches without scoring, whilst Smith Rowe is yet to claim a goal contribution since his switch from the number 32.

There are a few factors of why this could be and it is certainly not down their poor performances. Both players have consistently excelled and Smith-Rowe has been one of the only bright sparks in what has been a disastrous start to the season for the Gunners.

Arsenal have only managed one league goal so far this campaign, which explains the lack of Smith-Rowe’s goal contributions.

The 21-year-old has only started alongside star striker Pierre-Emerick Aubameyang once in the Premier League so far and that was against Manchester City when the Gunners went down to 10-men in the first half after Granit Xhaka was dismissed by the referee.

In the other games against Brentford and Chelsea, Smith Rowe was very isolated and forced to link up with inexperienced strikers in Gabriel Martinelli and Folarin Balogun. If Aubameyang was fit then the Englishman may have had more success in these games in terms of contributing to a goal.

He was head and shoulders above every player in the opening game against Brentford but the support around him was thin, and the team was failing to match the intensity or quality that Smith-Rowe was offering.

Bukayo Saka returned for Arsenal off the back of a successful European Championship. He thrived in the competition, becoming a regular starter and having a major part to play for England’s equalising goal against Denmark in the semi-finals.

The youngster is in the top five for appearances made for Arsenal before turning 20 with a total of 92 matches and since his debut in 2018 he has contributed to 12 goals and 21 assists.

92 matches over two seasons is an incredible amount and this could explain his dip in goal contributions towards the back end of last season.

At 19-years-old it is usually wise to give the player a break from the side to avoid the risk of any burnout but due to the standard of Saka’s performances he became one of the first players on the team sheet in what was a busy end to the season for the Gunners as they pushed for Europa League.

Saka needed a rest but this wasn’t possible so the level of his performance did drop. However going into this season he seems to be marked heavily after his successful Euros.

Against Norwich, he was closely marked by Max Aarons and wasn’t afforded any space, which will be a regular occurrence for him going forward.

With Arsenal having their full attacking line-up available it will also give more opportunities for Smith Rowe to also contribute towards more goals.