Arsenal could pay as little as £45million for three top South American footballers this summer.

Gunners manager Mikel Arteta and technical director Edu have formed their transfer shortlist ahead of a potentially busy window. They spent more than £140m on fresh talent last summer and are poised to splash more cash in the coming months to further bolster Arteta's squad.

Much will, of course, depend on where they finish in the Premier League. Arsenal are looking to qualify for the Champions League for the first time in six years. And if the Gunners re-join Europe's elite, then that will no doubt help them attract talent to north London.

One such player is Manchester City striker Gabriel Jesus, believed to be at the top of their transfer shortlist and who, according to his agent, is a fan of Arteta's project at the Emirates.

"We had talks with Arsenal about Gabriel Jesus, we like the project - it’s a possibility we're discussing," said Jesus' agent Marcelo Pettinati earlier this month. "There are six more clubs interested in Gabriel - he’s focused on final games with Man City, we'll see."

Jesus has fallen down the pecking order at the Etihad after City announced the signing of Erling Haaland from Borussia Dortmund. The Norwegian striker will be Pep Guardiola's first-choice striker after scoring 86 goals in 89 appearances in Germany.

Who should Arsenal sign this summer? Let us know in the comments below!

It's understood that City are willing to allow Jesus to leave Manchester this summer. The Brazilian centre-forward has just 13 months left on his existing deal and a number of sources have claimed that a figure in the region of £42million could be enough to land the Selecao striker.

Elsewhere, the Gunners could sign another two quality players on the cheap. They are reportedly on the cusp of signing Brazilian teenager Marquinhos for just £2.5m in a deal that's been slammed by pundits in his homeland, including World Cup winner Vampeta.

"This is absurd," said Vampeta. "Marquinhos’ business. They’re going to lose Marquinhos to Arsenal for €3m. I don’t know if you remember that I used to say I watched Audax’s academy games, Marquinhos in the under-15... he used to already make the difference. I said here on the show, 'There’s an U-15 at Sao Paulo, Marquinhos'... now he’s going to leave on a silver platter."

Marquinhos has impressed during at current side Sao Paulo, making 33 senior appearances to date. He's been capped by Brazil at U16 and U17 levels, with future honours expected. The deal to bring him to England could even be announced as early as this week.

The final member of Arsenal's bargain trio could be Paulo Dybala. The Argentine will become a free agent this summer, leaving Juventus after seven years. The 28-year-old was once regarded as one of the best players in Europe, winning Serie A's MVP award in 2019-20.

During his time in Turin, he won five Serie A titles, four Italian Cups and three Italian Super Cups. He was also part of the team that reached the Champions League final in 2017.

Several clubs are interested in Dybala, including Inter Milan and North London rivals Tottenham. However, the Gunners may well fancy their chances if they beat their nearest rivals to Champions League qualification. 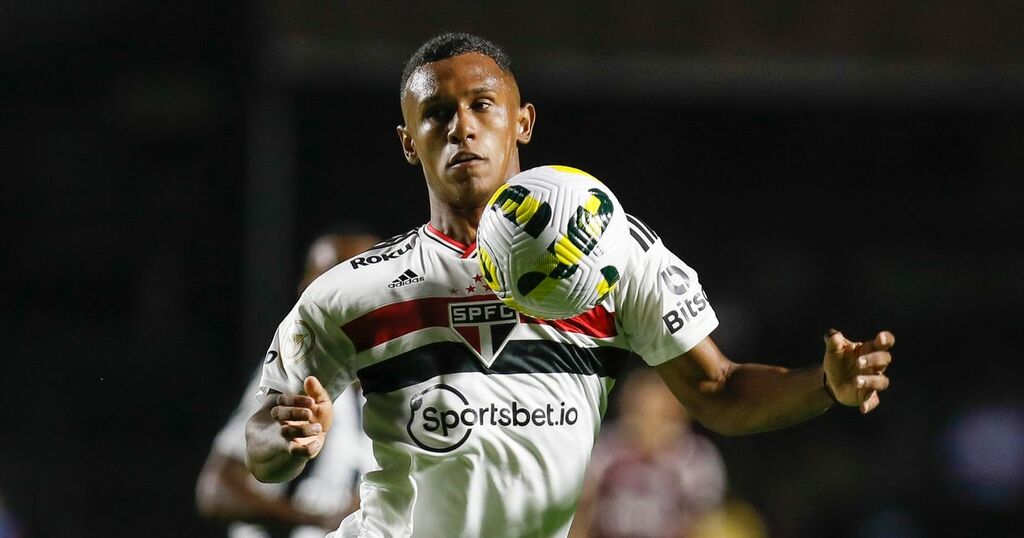