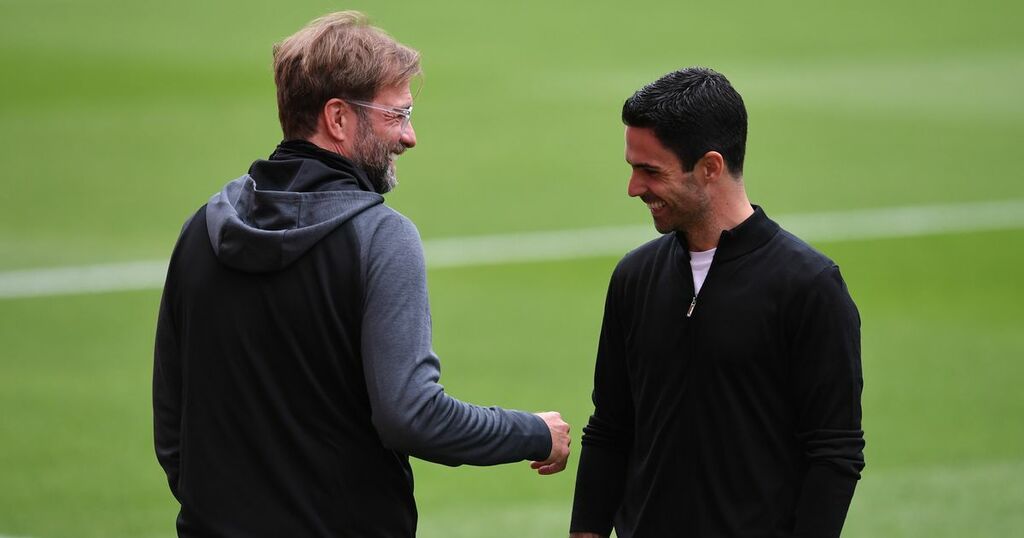 Liverpool’s formation of choice is so well established these days that opposition managers can be near enough certain regarding how the Reds will set up ahead of a match.

Jurgen Klopp normally deploys his troops in a 4-3-3 framework, with only seven league and European matches since the start of 2019/20 having seen him utilise different tactics from the start of the game ( per Football Lineups ).

While there can be slight shifts in how the players work within that formation from season to season, as a general rule the midfielders work incredibly hard which allows the ‘front five’ (the full-backs and the three forwards) to wreak havoc.

But the tactical choices of the opposing team are also hugely relevant when it comes to how a match plays out, and there’s a system which appears to have caught the Reds out on more than one occasion this season.

As Liverpool have won 12 of their 17 matches in all competitions in 2021/22, perhaps we’re just picking holes where there isn’t a significant problem.

However, by failing to win four of their last six league matches, there is a little added pressure for the visit of Arsenal this weekend and the Gunners may deploy tactics which have recently troubled Klopp’s side.

One thing they almost certainly won’t do though is to start with a back three. Mikel Arteta opted to do so at Manchester City when they were beaten 5-0, and he has stuck with a four-man defence for his remodelled side since that heavy defeat.

Yet both Chelsea and Brentford started with a trio of centre-backs when facing Liverpool this season and they each earned a point (albeit in very different ways).

*How well do you remember Liverpool's meetings with Arsenal? Test your knowledge by taking our quiz

Whether or not it was their formations which troubled the Reds, Klopp’s team have since won against the back threes of Watford (though it could be argued theirs was a five) and Atletico Madrid (twice). Both League Cup opponents went with three at the back too, so the system didn’t unduly trouble the reserve Reds.

Liverpool next dropped points with a 2-2 draw against Manchester City, in the last match to date in which the opposing team have matched the Reds’ 4-3-3 formation with one of their own.

Which brings us to the draw with Brighton and the defeat to West Ham. Both Graham Potter and David Moyes sent out their teams in 4-2-3-1 formations, and while they earned their positive results in slightly different ways, there were similarities in their performances.

Most concerning from Liverpool’s perspective was the way both sides were able to slice through their midfield with relative ease for their second goals.

And while the Reds won 3-2 in their opening Champions League match of the campaign against AC Milan, they had to come back from 2-1 down after the Italian side had carried the ball into their box a little too easily to twice score. The formation used by Stefano Pioli that night? 4-2-3-1.

It hasn’t always troubled Liverpool though, and one instance where it didn’t beautifully highlighted that defending properly is about far more than tactics. Manchester United started with a 4-2-3-1 framework and you won’t need reminding how that match unfolded.

Nonetheless, as ramshackle as United were that day, they were still able to generate 1.6 expected goals ( per FBRef ) so they were a touch unfortunate not to at least score once. This means that 4-2-3-1 is the only formation Liverpool have faced more than twice this season whilst also giving up at least one expected goal every time.

And although the record books might show that Arteta set up his team in a 4-4-1-1 shape for their last two league matches, he only needs to push the two wide midfielders slightly forward to return to the 4-2-3-1 Arsenal used in their four league games prior to that.

With the Gunners’ dreadful defensive record at Anfield in mind, Arteta may stick with two banks of four, plus formations inevitably change depending on whether teams do or do not have the ball. But either way, Liverpool’s defensive issues against the 4-2-3-1 formation undoubtedly need resolving.