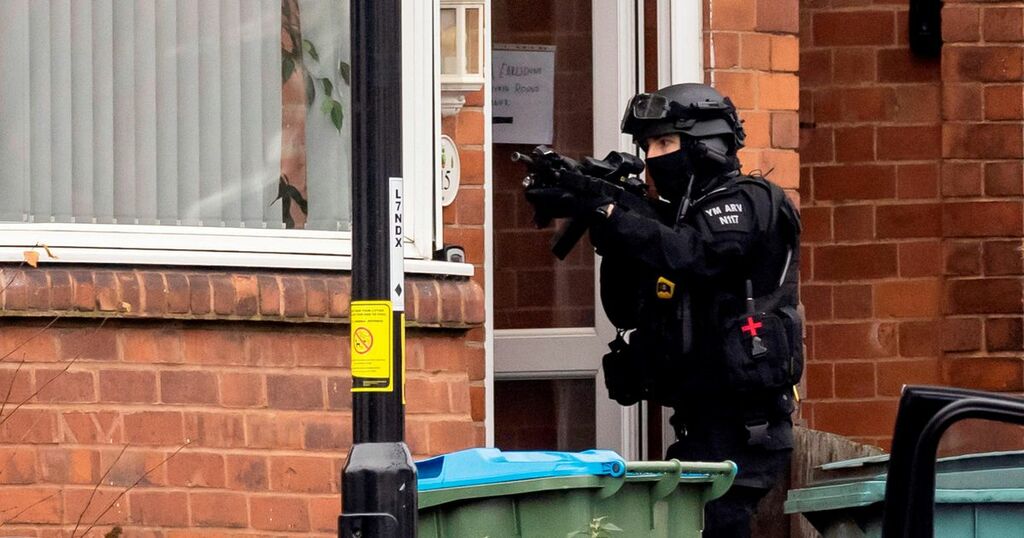 A stand-off between armed police and a father who is locked inside a home in Coventry with his eight-year-old son has entered a fourth day.

Coventry Live is reporting that the 41-year-old man remains barricaded inside the property on a residential street in Earlsdon, where he has been since 12.20am on Sunday.

Officers were originally called to a welfare check on the occupant and child but the suspect has refused to come out of the address.

Residents were told to stay indoors while around 20 officers, including counter terrorism cops, swooped on Earlsdon Avenue North.

A primary school remains closed for pupil safety while nearby roads are also shut as the tense stand-off continues at the Victorian property.

One neighbour, who did not want to be named, said: "We can't believe it's still going on but some of us are being allowed to leave our homes now.

"I think negotiators have been there all night, I saw them taking food at some point and I heard he is updating social media a lot.

"It's to do with some social services battle apparently but I don't know the full details. It is really worrying and we're still obviously hoping for a safe ending."

Another woman, who lives on nearby Newcombe Road, added: "The numbers of police outside the cordon has dropped but officers are still at the house.

"Officers have had their guns trained on the place but so far there has been no movement. It's quite scary as this is a nice road.

"I was hoping it would have been resolved by now as we are all really worried. We are able to leave our house but people are still stuck at home inside the cordon."

Coventry Police Commander, Chief Superintendent Pete Henrick, said: “We understand that this situation is deeply worrying for some local residents and we want to reassure them that we are doing everything we can to bring it to a safe conclusion.

“I ask that people bear with us as specialist officers remain at the scene.”

A West Midlands Police spokesman added: "Our priority is the safety of those involved which includes residents who live within the cordon's perimeter.

"We have issued guidance on what to do when residents wish to leave or enter their properties, and our officers have visited most of the addresses in person to explain what we are doing and why, and offer reassurance and advice."

Coventry City Council arranged temporary accommodation for families stranded outside the cordon while a rest centre was set up at Earlsdon Library.

A council spokesperson said: “We are supporting the police as they respond to an on-going incident on Earlsdon Avenue North.

"We can confirm that we have organised a rest centre for those who need it within Earlsdon Library and we will also arrange temporary accommodation for anyone that is unable to enter their homes because of the police cordon.”

The latest updates on this story can be found here.