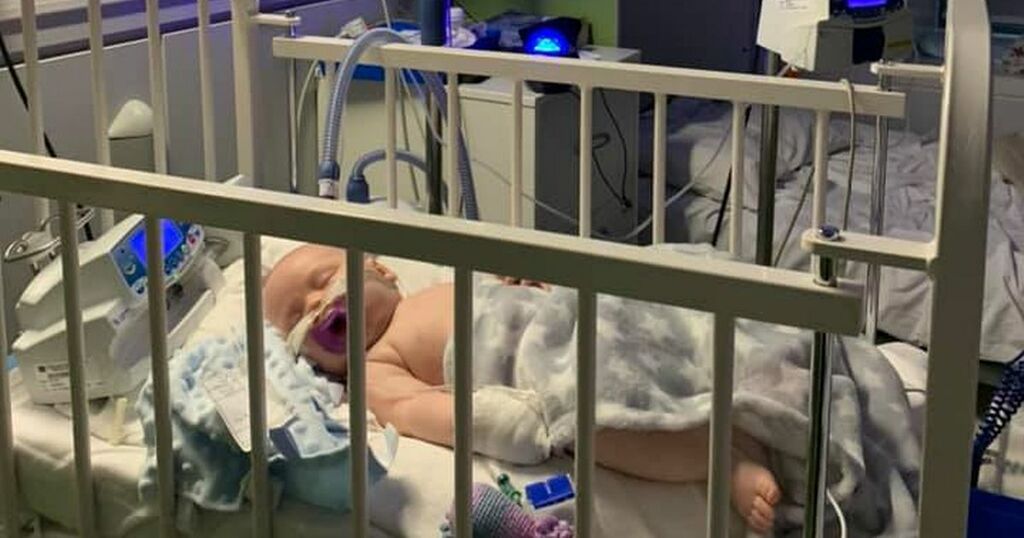 A Northern Ireland mum has shared her terrible experience of her newborn getting RSV in the hope of helping others avoid the viral infection.

Jeni Beattie's son Sam was admitted to hospital on Wednesday evening after she noticed he had a cough and changes to his feeding and breathing.

Jeni, who works as a midwife, says it was confirmed in hospital that Sam had the Respiratory Syncytial Virus – more commonly known as RSV.

The Co Armagh mum of three told Belfast Live: "On the Tuesday Sam started a little cough, which wouldn't be normal for an eight- week-old.

"The next day he hadn't fed well, he wasn't feeding as much as he would normally. He was breathing a little bit more that he normally would in bed, rapid breaths. I watched him for a while and then I took him on to ED.

"He was then admitted on the Wednesday night. They had told me day three to five is the worst of the illness so I had got him in at the start of day three.

"They prepared me that he would get a lot worse before he got better. I wasn't really prepared because on Friday morning I had to call my husband because they were thinking of taking him up to the Royal for ventilation.

"Thankfully he didn't need that and stayed where he was."

Jeni said she wants to raise awareness for RSV in young children and to thank the staff in the Blossom Ward in Craigavon Area Hospital.

She added: "So many people think it is their right to kiss all round a new baby and handle them and they maybe don't know the consequences.

"I wasn't really aware of RSV before even with the medical background. Our hospitals don't normally have it at this time of year and it is already full of them. There is very high numbers and we haven't hit the, as they say, RSV season yet.

"The health service is already under a lot of strain and I think they are in for a really rough winter. If my sharing this can help prevent another case of this happening, that will hopefully help that strain. That's why I posted it. If this helps somebody else going through this it has been worth it I suppose.

"It was confirmed that Sam had RSV on Monday morning. He is on the mend now but it has been a really scary week for us all. It's been hard.

"The staff here in the hospital have been fantastic going above and beyond. From the auxiliary who tucked me in at night when I fell asleep on top of the bed, the domestic who knew what way I take my coffee, the nurses who wiped up my tears and sang to my baby to help settle him, to the doctors I have so much faith in with their kindness and professionalism always keeping me informed and giving me such confidence in their work."