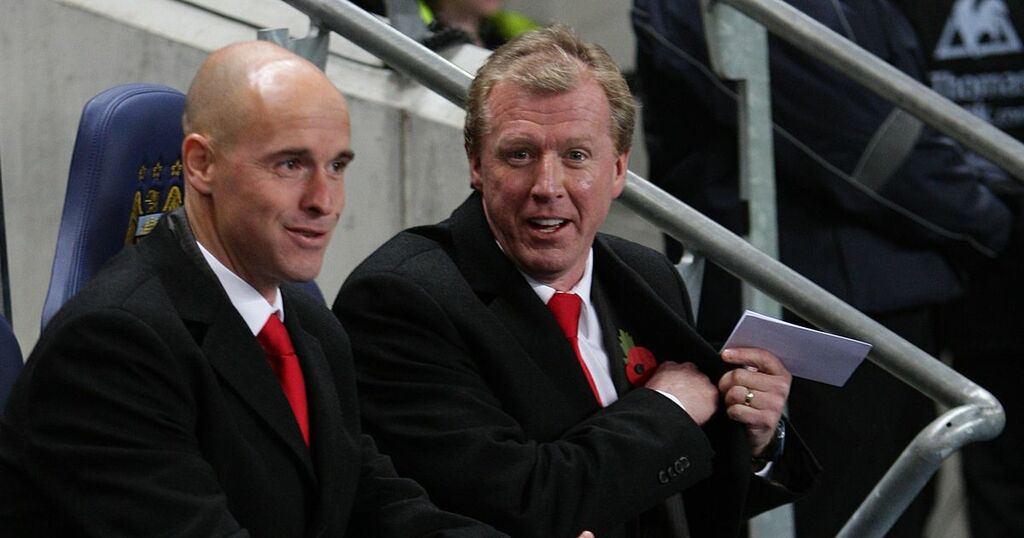 RideApart
From analysis to good news, read the world’s best news in one place
Biggest Questions, Standouts From Thursday at the NBA Draft Combine

Manchester United have long been accused of living in the past and trying to recreate it in the post-Sir Alex Ferguson era.

From appointing a Ferguson acolyte and fellow Scot in David Moyes, to handing the reigns to former striker Ole Gunnar Solskjaer, United have found it hard to emerge from the shadow of their most successful manager.

The appointment of Erik ten Hag is a bold step away from that mindset, and while his decision to recruit Ferguson's former No.2 Steve McClaren could be seen as another hankering to the past, it is actually a shrewd move by the outgoing Ajax boss.

When Moyes arrived from Everton to succeed Ferguson in 2013, one of his biggest mistakes was jettisoning Ferguson's entire backroom team and bringing in his own, less experienced, coaching staff. Assistant manager Mike Phelan, first-team coach Renee Mulenseteen and goalkeeping coach Eric Steele were all dispensed with, in favour of Steve Round, Phil Neville, Jimmy Lumsden and Chris Woods, with disastrous consequences.

Moyes and his staff did not see out the season, United finished seventh, missing out on European football altogether that season, with many pointing to the purge of Ferguson's entire coaching team as a key factor in the calamitous campaign.

Ten Hag will ensure he does not make the same mistake, hence his decision to appoint McClaren, whom he worked under at FC Twente, to his United staff. While ten Hag will bring in those he formed a close alliance with at Ajax, including Mitchell van der Gaag, recruiting McClaren is a clever move from a coach who knows he is making a huge step up to manage a club of United's stature, with its unique demands and expectation on a global scale.

McClaren, 61, was Ferguson's assistant for two years, helping United to the Treble in 1999, before embarking on a nomadic managerial career that included his lamentable spell in charge of England. Yet McClaren seems the ideal sounding board for ten Hag at United, someone who knows the club and who can be an invaluable source of advice for the 52-year-old as he settles in at Old Trafford.

There was initially resistance from the United hierarchy to ten Hag's wish to bring McClaren back, no doubt fearing further accusations of a failure to let go of the past. But ten Hag, who appears to have won the battle to enlist McClaren, knows what and who he needs around him, if he is to succeed at United and not suffer the same fate as his predecessors in the post-Ferguson era.

Having McClaren by his side will give him the best possible chance of achieving that goal.