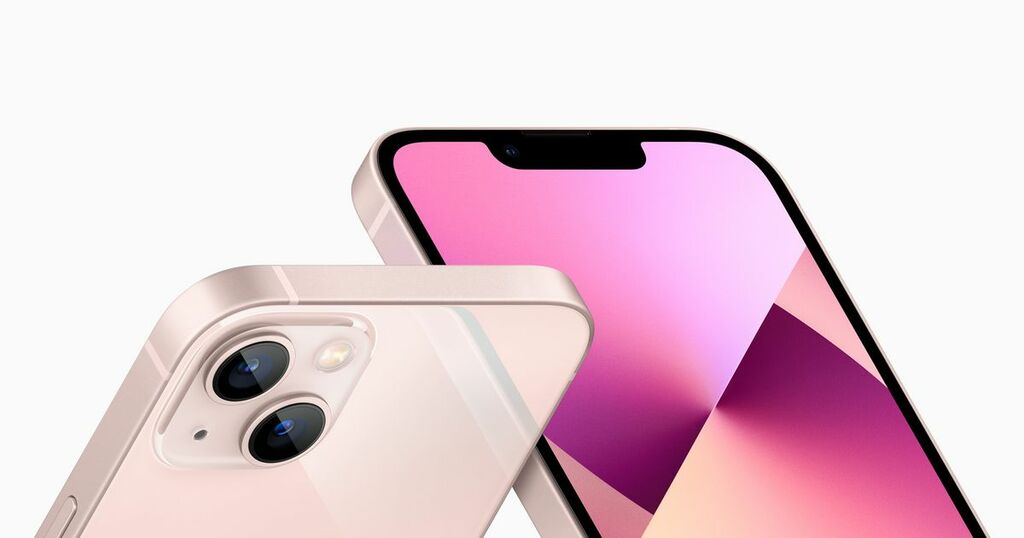 Last night Apple unveiled the iPhone 13 range which boss Tim Cook has hailed as the "best iPhone we have ever created".

While last year's iPhone lineup had some major redesigns, Apple has instead made a series of minor changes across the four versions of the handset.

The most notable among these changes is the improvement in battery life by at least 1.5 hours on each of the devices.

The technology giant said it had also revamped all the cameras across the range, introducing a new cinematic mode allowing users to film higher-quality, cinema-like videos.

The iconic front camera notch has also been made significantly smaller compared to previous models.

All these new models will be powered by the firm’s latest A15 Bionic chip, which Apple claims is 50 per cent faster than its "nearest competition".

Notably, the new 13 Pro and 13 Pro Max will offer a one terabyte storage option for the first time, as well as support for a 120Hz screen refresh rate, which allows for smoother scrolling.

Making its announcements via an online virtual event, an updated version of the iPad and a new iPad mini were also announced alongside the Apple Watch Series 7, which has been made more durable and dust resistant and has a larger screen.

Despite the range of upgrades being less substantial than last year, industry experts said Apple had still unveiled a range that would appeal to older iPhone users thinking about upgrading.

“The iPhone remains a core lucrative product for Apple as it represents a gateway to other devices and more importantly services,” tech analyst Paolo Pescatore of PP Foresight said.

“While many will see some upgrades as incremental, there are millions of users who have yet to upgrade to 5G. Therefore, this so-called ‘supercycle’ moment is still relevant.

“The biggest challenge will be maintaining a premium for what some users will see as incremental upgrades. While the individual improvements may not seem to be much, collectively they will be significant in leading to the best iPhone experience for users.”

The iPhone 13 will also be available from:

Ben Wood, chief analyst at CCS Insight, agreed that the key improvements to the iPhone’s battery life and cameras would be an enticing prospect for many.

“The new iPhones see Apple returning to the staples of battery life, screen technology, performance and camera capabilities, all of which are all attractive to existing customers looking to upgrade,” he said.

“People will be pleased Apple has resisted the temptation to bump up prices which it could have easily attributed to rising component costs.

“It’s even increased the entry-level memory configuration on several products, including the iPhone 13, iPhone 13 mini and iPad.”