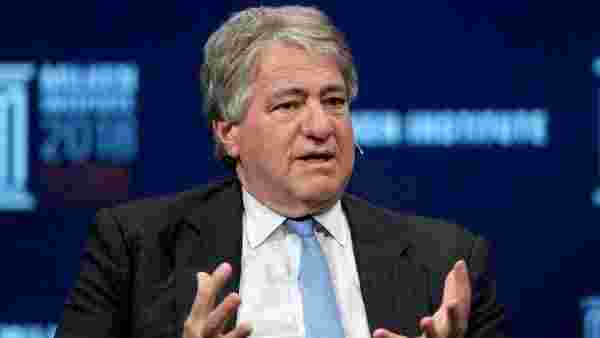 Apollo Global Management Inc. co-founder Leon Black in a new legal filing denies claims that he once flew an ex-girlfriend to Florida for a potential sexual encounter with the late sex offender Jeffrey Epstein, calling the allegation a “fantastical tale" dreamed up by the woman.

In the document, filed Wednesday in New York state court, Mr. Black says flight records and third-party testimony from a female associate of Epstein will show that a purported 2008 private-jet trip from New York to Palm Beach, Fla., never took place. He says he has a recording of a conversation in which the ex-girlfriend, Guzel Ganieva, denies ever meeting Epstein.

“While a lurid potboiler starring Jeffrey Epstein may be good for grabbing tabloid headlines, the overwhelming and irrefutable evidence in this case betrays the utter falsity of these allegations," the court filing says.

A lawyer for Ms. Ganieva didn’t immediately respond to a request for comment.

The legal filing is the latest to emerge in litigation pitting Ms. Ganieva, a Russian immigrant and former model, against Mr. Black, a billionaire who until earlier this year was the chief executive of the private-equity giant.

In January, Mr. Black agreed to step down from the role after an investigation into his ties to Epstein revealed he had paid the disgraced financier $158 million over the years for advice on trust- and estate-tax planning. The review found no evidence Mr. Black was involved in Epstein’s criminal activities.

In her initial complaint, filed in June, Ms. Ganieva alleged that Mr. Black had sexually abused her and forced her to sign a nondisclosure agreement, then defamed her by claiming in media reports earlier this year that she had extorted him.

Mr. Black, who in a July filing denied Ms. Ganieva’s initial allegations, has said he paid her millions of dollars to keep their consensual affair from becoming public and cited text messages and secretly recorded conversations between them that allegedly contradict her claims.

Ms. Ganieva on Aug. 9 filed an amended version of her complaint, adding the allegation of an October 2008 trip to Palm Beach to meet with Epstein. In the filing, Ms. Ganieva, who had mentioned Epstein only tangentially in her initial complaint, said Mr. Black and Epstein tried to lure her into a sexual encounter, but she resisted.