The Bank of England governor has blamed the war in Ukraine for the highest inflation in the UK for three decades and warned that “apocalyptic” food prices caused by Russia’s invasion could have a disastrous impact on the world’s poor.

Defending Threadneedle Street before an announcement on Wednesday of the sharpest annual increase in four decades, Andrew Bailey told MPs that while he was unhappy about the level of price rises, 80% of the inflation target overshoot was caused by factors outside the Bank’s control.

Bailey said the Bank could not have been expected to predict a war in Ukraine, which he warned would have consequences for the UK and the developing world.

Countries such as Egypt and Tunisia rely heavily on exports of Ukraine’s wheat and cooking oil, and the governor said his concerns about food supplies had been heightened after speaking to Kyiv’s finance minister at last month’s IMF meeting in Washington.

“He said he was optimistic about crop planting, but at the moment there was no way of shipping the food out, and it’s getting worse,” Bailey said. “That’s not just a major worry for this country, but a worry for the developing world. I’m sorry for being apocalyptic, but it is a worry.”

Amid growing concern about Britain’s cost-of-living crisis, the head of the CBI, Tony Danker, called on the chancellor, Rishi Sunak, to offer immediate help to those struggling to feed themselves at a time of rising food and energy prices. The director-general of the employers’ organisation said there was a “moral imperative” on the government to act.

Official figures due out on Wednesday are expected to show the annual inflation rate climbing above 9%, with the Bank of England expecting the figure to climb above 10% when the energy price cap is raised further in October.

“Another factor that we’re dealing with at the moment is a further leg of Covid, which is affecting China. We have seen a series of supply shocks coming one after another, and that’s unprecedented.”

The Bank’s nine-strong monetary policy committee has raised interest rates at its last four meetings after it doubled its forecast for the peak in inflation this year from 5% to 10%.

“I don’t feel at all happy and it’s a bad situation to be in,” the governor said after MPs asked him to explain why the Bank had waited until December before acting.

In the wake of reports at the weekend that unnamed cabinet ministers had questioned whether the Bank should remain independent, Bailey said: “This is the biggest test of the monetary policy framework in 25 years. There is no question about that.”

The governor reiterated the call for pay restraint that he made in February, urging the best-paid to set an example to workers earning less.

“I do think people, particularly people who are on higher earnings, should think and reflect on asking for high wage increases,” he said. “It’s a societal question. But I am not preaching about this. It’s not for me to go around telling people what to do.

“In that sense, I know I may have been interpreted as doing that, but I wasn’t. What I was saying is that maybe people should reflect on it, particularly people in that situation.”

Paul Nowak, deputy general secretary of the Trades Union Congress, said: “It is unbelievable that the Bank of England has repeated its calls for workers to take a wage hit – while saying virtually nothing about soaring profits at the likes of BP and Shell. The last thing working people need right now – in the middle of the worst living standards crisis in generations – is to have their wages held down.”

Asked about the future dangers to the cost of living, Bailey said there could be prolonged supply-chain bottlenecks as a result of disruption in China or higher energy prices if Russia decided to cut off gas supplies.

However, he said the Bank could not have been expected to foresee recent events. “I do see comments based on hindsight, but we have to take [monetary policy] decisions based on the facts and evidence at the time.”

His comments followed an announcement by Great Britain’s energy regulator, Ofgem, that it was planning to make changes to its price cap four times a year, as opposed to twice at present.

The regulator on Monday published a consultation on proposals to introduce new reviews of the price cap in January and July, adding to existing changes in April and October, in an attempt to respond more quickly to volatile markets.

Meanwhile, the RAC revealed that the average price of diesel at forecourts had hit a record of just over £1.80 a litre, with experts warning of further rises if EU plans to ban Russian oil imports go ahead. 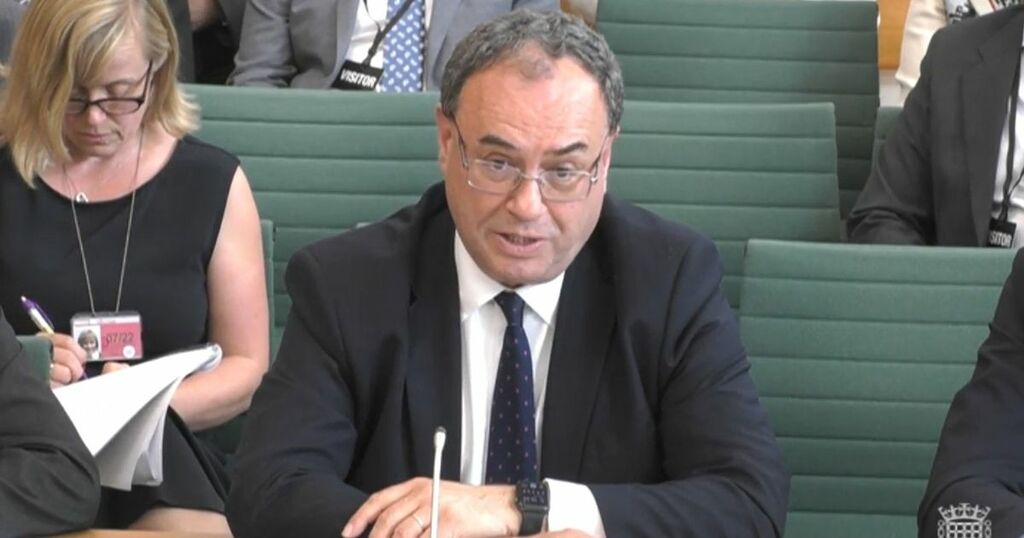 The war in Ukraine will lead to major problems with food supplies across the world, a bank chief warned today.