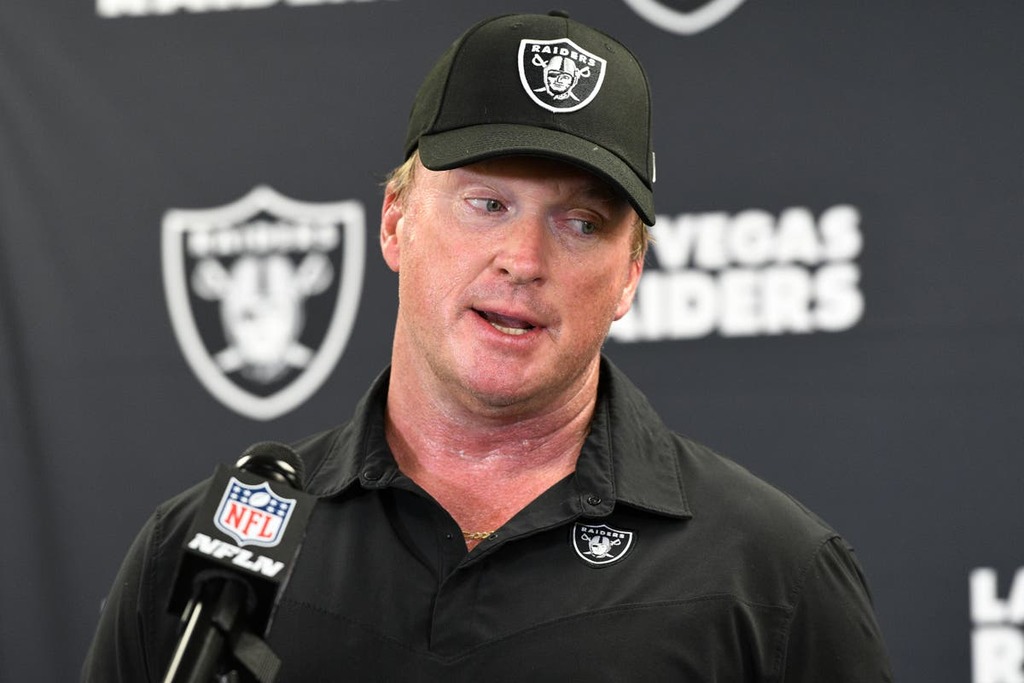 CONGRESS-DEBT — Members of the House are scrambling to Washington to pass a short-term lift of the nation’s debt limit. The vote will ensure the federal government can continue fully paying its bills into December. SENT: 600 words, photo. By Kevin Freking. UPCOMING: 900 words after House vote, expected after 5 p.m.

GRUDEN-RACIST-COMMENT — Jon Gruden has resigned as coach of the Las Vegas Raiders after emails he sent before being hired in 2018 contained racist, homophobic and misogynistic comments. Gruden released a statement apologizing, saying he “never meant to hurt anyone.” By Pro Football Writer Josh Dubow. SENT: 980 words, photos. Also see BEHIND THE CALL and TIM-DAHLBERG-GRUDEN-EMAILS below.

HURRICANE-IDA-RECOVERING-THE-DEAD — Hurricane Ida swept through Louisiana with furious winds that ripped roofs off buildings and storm surge so powerful it moved homes. What it wrought on the living it also wrought on the dead, moving vaults and caskets and adding another layer of trauma for families and communities recovering from the powerful storm. By Rebecca Santana. SENT: 930 words, photos, video.

SUPREME COURT-ABORTION-JUSTICES’ OWN WORDS — Abortion already is dominating the Supreme Court’s new term, months before the justices will decide whether to reverse decisions reaching back nearly 50 years. The justices have had a lot to say about abortion over the years, in opinions, votes, Senate confirmation testimony and elsewhere. By Mark Sherman and Jessica Gresko. SENT: 1,760 words, photos. Also see ABORTION-TEXAS below.

AFGHANISTAN-TALIBAN-ISLAMIC STATE-EXPLAINER — With the Taliban in power in Afghanistan, there’s a new enemy ascending. The Islamic State group threatens to usher in another violent phase. Except this time the former insurgents, the Taliban, play the role of the state, now that the U.S. and its allied government are gone. By Samya Kullab. SENT: 1,080 words, photos.

SHATNER-THESE ARE THE VOYAGES — The performer who breathed life into Captain James T. Kirk is, at age 90, heading toward the stars under dramatically different circumstances than his fictional counterpart. In doing so, William Shatner is causing worlds to collide, or at least permitting parallel universes to coexist — the utopian spacefaring vision of “Star Trek” and the evolving place that “space” holds in the American psyche. By National Writer Ted Anthony. SENT: 1,590 words, photos. An abridged version of 1,070 words is also available.

TEXAS-GOVERNOR-VACCINE-ORDER — Texas Gov. Greg Abbott issued an executive order to prohibit any entity, including private business, from enforcing a COVID-19 vaccine mandate on workers and called on state lawmakers to pass a similar ban into law. SENT: 400 words, photo.

BRITAIN-CORONAVIRUS-STUDY — The British government waited too long to impose a lockdown in the early days of the COVID-19 pandemic, missing a chance to contain the disease and leading to thousands of unnecessary deaths, a parliamentary report concludes. SENT: xxxx words, photos.

CAPITOL BREACH-EXECUTIVE PRIVILEGE — President Joe Biden has agreed to a request from Congress seeking sensitive information on the actions of Donald Trump and his aides during the Jan. 6 insurrection — though the former president claims the information is guarded by executive privilege. SENT: 930 words, photos.

CALIFORNIA-OIL-SPILL-INVESTIGATION — Finding the cause of a major oil spill off Southern California, who is to blame and if they will be held accountable could take a long time. SENT: 1,090 words, photos.

ABORTION-TEXAS — The Biden administration is again urging courts to step in and suspend a new Texas law that has banned most abortions since early September. SENT: 420 words, photo.

OFFSHORE WIND-EQUIPMENT INVESTMENT — A group studying the economics of offshore wind energy in the U.S. says building and operating the nascent industry will be worth $109 billion to businesses in its supply chain over the next 10 years. SENT: 620 words, photo.

ASIA-STORM — A tropical storm set off landslides and flash flooding as it barreled over the tip of the northern Philippines overnight, and officials say at least nine people had been killed and 11 were missing. SENT: 250 words.

NEPAL-LEGALIZING-MARIJUANA — Activists are seeking to again legalize the farming, use and export of marijuana in Nepal as more countries allow its medicinal and recreational use. SENT: 490 words, photos.

BREXIT — The European Union and Britain are back to quarreling less than a year after finalizing Brexit. SENT: 860 words, photos.

IMF PROBE — The International Monetary Fund expressed confidence in its managing director in response to allegations that World Bank staff were pressured to change business rankings for China in an effort to placate Beijing. By Business Writers Martin Crutsinger and Elaine Kurtenbach. SENT: 460 words, photo.

IMF-WORLD ECONOMIC OUTLOOK — The International Monetary Fund issues its latest economic outlook for the world and for the United States and other individual major economies. By Economics Writer Martin Crutsinger. UPCOMING: By 9 a.m., photo.

BEHIND THE CALL — Jon Gruden had to go. His resignation was the only acceptable resolution to this quagmire of his own creation: a trove of emails revealing racist, homophobic and misogynistic comments. By Pro Football Writer Arnie Stapleton. SENT: 1,070 words, photos.

TIM-DAHLBERG-GRUDEN-EMAILS — Jon Gruden might still be coaching had he merely been exposed as a remorseful racist. By Sports Columnist Tim Dahlberg. SENT: 730 words, photos.