AOC jokes she has set up special hotline so Sarah Palin can complain about her: ‘Call 1-800-CRY-NOW’ 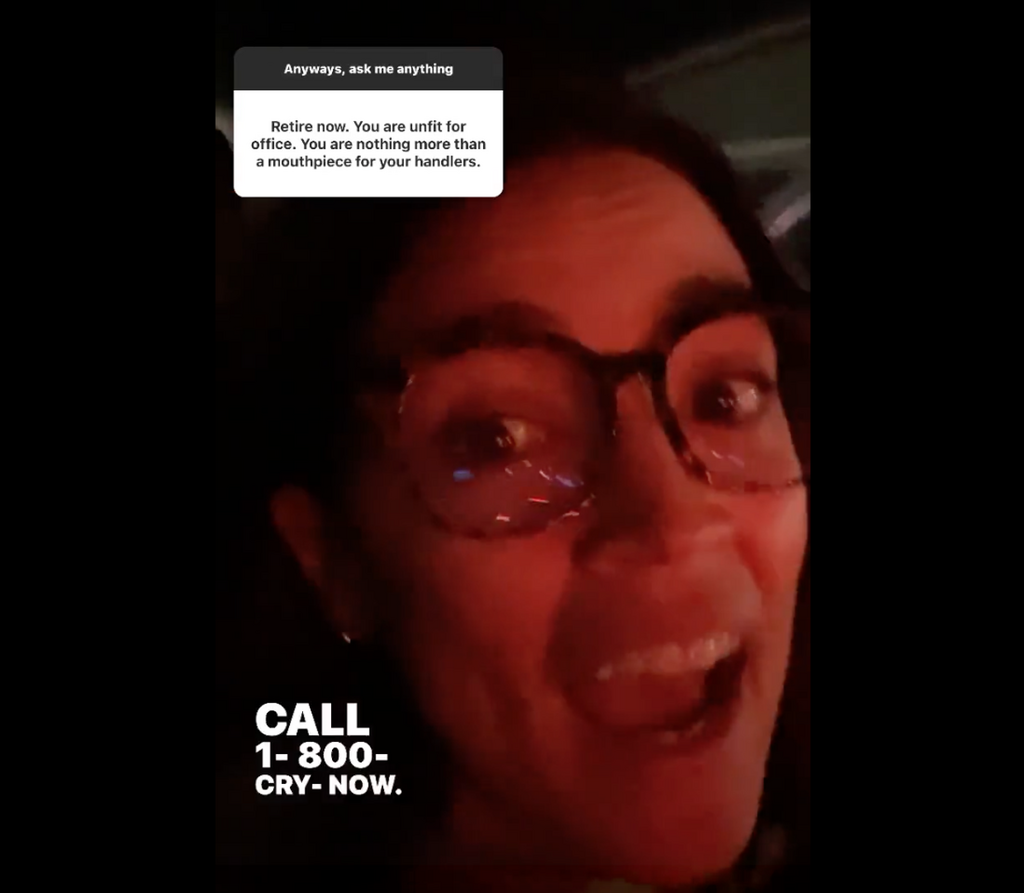 US Rep Alexandria Ocasio-Cortez has mocked the former Republican vice-presidential nominee Sarah Palin, joking she has set up a hotline where complaints can be directed to.

“Does my existence make you mad?” thew New York Democrat asked in a video posted to her Twitter account.

“Does the fact that yes I am a mouthpiece for the people of New York’s 14th Congressional District upset you?

The video, which had received more than 434,00 views in three hours, was made in response to criticism by Ms Palin about the new Texas abortion law.

In a Fox News appearance, Ms Palin said AOC was “milking it” in her inimitable, word-salad style of speaking.

“She is such a fake feminist… She’s milking the whole female thing and as a real feminist I’m embarrassed for her.”

Ms Ocasio-Cortez has been among the most vociferous critics of Texas’ abortion laws, which bans the procedure after six weeks, before many parents even know they’re pregnant.

The law would also encourage private citizens to file lawsuits against anyone accused of aiding or abetting the practice of an abortion after six weeks, other than the patient themselves.

On Thursday, AOC said she had helped raised $250,000 for grassroots pro-choice organisers and healthcare providers in Texas.

“By allowing any person to financially destroy pregnant people on a whim, they knowingly handed over the keys of manipulation & control to people most likely to use it,” she wrote on Twitter.

“Don’t let them feign ignorance about this. They know exactly what they’re doing. This is about fear & control.”

On Thursday, Attorney General Merrick Garland announced the Department of Justice would sue the state of Texas over the draconian new abortion laws.