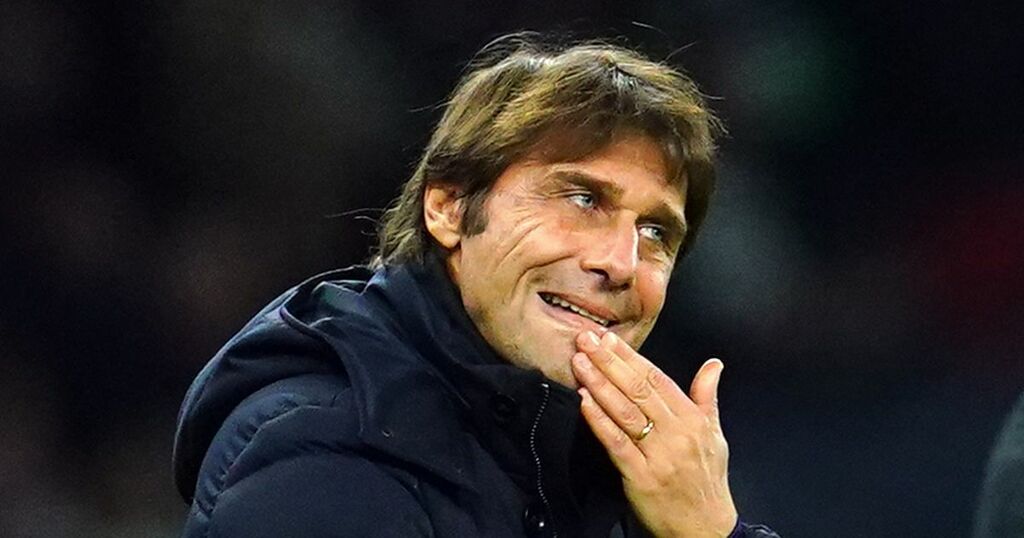 The gap between Tottenham and Chelsea was left looking bigger than ever.

Chelsea back at Wembley for another final, Thomas Tuchel closing in on more silverware after comfortably cruising through the second leg of a one-sided semi-final.

Another painful dose of reality for Antonio Conte as Tottenham were outclassed and outplayed in both legs and were booed off at the final whistle by the few remaining Spurs fans left in the stadium.

It will be Chelsea’s fourth final in Tuchel's 12-month reign, having won the Champions League, European Super Cup and the only blot on his copybook was losing the FA Cup final.

Chelsea are serial winners while Tottenham's wait for a trophy goes on as it is 14 years and counting since their last piece of silverware when they won the League Cup in 2008.

Spurs hired Conte because of his CV and his remarkable track record when it comes to success but he will have to be more miracle worker than football manager to do it this time.

Conte described Tottenham as a mid-table team after they lost the first leg last week and this time they did not even look that good. Spurs were on the wrong end of three VAR calls, saw a goal ruled out and two penalties chalked off but video technology got it right each time.

Tottenham were vulnerable in defence - albeit without the injured Eric Dier - and the midfield was overrun as Mateo Kovacic was outstanding while the ever willing Lucas Moura this time could not spark Harry Kane into life.

But Conte must take his share of the blame this time because he picked blunder keeper Pierluigi Gollini ahead of Tottenham's World Cup-winning captain Hugo Lloris.

Gollini was suspect against League One strugglers Morecambe in the FA Cup on Sunday and was horribly at fault for Antonio Rudiger’s opening goal which effectively ended any hope of an unlikely comeback.

Conte rarely gets it wrong but for the second week running, he was outsmarted by Tuchel who, if anything, looked frustrated on the touchline as he wanted more from his players. Meanwhile, nearly £200m worth of talent sat behind him on the Chelsea bench.

No wonder Conte is so fed-up. This is a manager used to winning and yet he has inherited a squad in decline. If Conte can - and it is within his grasp - get Spurs into fourth then that should be considered a huge achievement.

Tottenham have now not beaten Chelsea in their last ten meetings over three years and, from the moment the visitors went ahead after just 18 minutes, the outcome was never in doubt.

Mason Mount floated over a corner, Rudiger was given a free run on goal, Gollina charged out but found himself in no man’s land and the ball went in off the Chelsea defender’s back.

The early enthusiasm and hope was sucked out of the home supporters. They thought they had a penalty when Rudiger brought down Pierre-Emile Højbjerg, but VAR downgraded it to a free-kick as replays showed the first contact was outside the box. The free-kick came to nothing.

Worse was to follow from referee Andre Marriner who had a stinker. Lucas Moura charged through after 56 minutes before Chelsea keeper Kepa Arrizabalaga made a perfectly timed sliding tackle. Marriner dropped a clanger, gave a penalty and thankfully VAR saved the ref.

VAR inflicted more pain on Tottenham as Kane had an effort ruled out as replays showed the England captain was offside before putting the ball in the net.

Whether it is Arsenal or Liverpool in the final, neither of them will fancy facing Chelsea because, unlike Tottenham, Tuchel is a winner.