Antonio Conte once again refused to say if he would remain as Tottenham manager next season despite the club sealing a return to the Champions League with a 5-0 win at Norwich on the final day.

Conte has repeatedly refused to commit his future to Spurs beyond the end of the campaign, having threatened to walk away if the club does not match his "vision" of spending big money on "important players" over the summer.

The Italian described returning to the Champions League as like winning a trophy and one of his greatest achievements, and appeared to be looking ahead in a positive post-match press conference at Carrow Road.

But asked directly if he was staying at the club, Conte said: “I’m under contract until next summer. I signed for one year and seven months.

“I enjoyed a lot my time at Tottenham because, for me, it was a big challenge.

“To come in during the season, for a coach like me, is not easy. It was a big challenge in a modern club with a fantastic stadium and training ground.

“I knew the situation I could find, to give me the opportunity to work in the way that I want. On the one hand.

“On the other hand, I have ambition, I like to fight for something important, to lift trophies.

“For me this is a trophy and I’m very happy. Then we’ll see.

“I always said at the end of the season we’ll speak to the club and find the best solution for me and the club.

“Now I think for me, the club and the players it’s good to have three, four or five days of rest and then the mind will be very clear.

“Then you can consider the whole season. I think you have to be very calm before talking.

“Now there’s a lot of emotions in mind, my heart, for me, for the club and for everybody.

“For this reason, it’ll be very good to rest for four or five days and then have a good meeting with the club to find the best possible solution."

Spurs were five points from fourth when Conte succeeded Nuno Espirito Santo in November and in a separate interview with Sky Sports he said returning them to the Champions League after a two-year absence was "one of the most important achievements" of his glittering career.

Doubles from Dejan Kulusevski and Heung-min Son - who shared the Golden Boot with Mohamed Salah - and a Harry Kane goal ensured a stress-free afternoon for Spurs at relegated Norwich, where the travelling fans sang Conte’s name throughout.

While refusing to commit to next term, Conte warned the club needed a big improvement over the summer to compete on four fronts and with the introduction of five substitutes in the top flight.

He said: “We are enjoying a lot what we did and for me I didn’t lift a trophy this season like in the past but...to reach a place in Champions League I have to consider this a really big big achievement for me and for my players.

“And also for the club consider this a big achievement after three years Tottenham is able to play again in Champions League. For us it’s very important because the best players, the best coaches want to play in this competition, for this trophy. We must be pleased for what we did.

“Today is really important to celebrate this big achievement but for sure to become competitive and be ready to fight for something important you need to improve, improve a lot in many aspects. I know only one word, that is work, work, work.

“Everybody has to do the right path in this process," he added. "We need to improve a lot. Next season the league will be very difficult for all the teams. With five subs you can change a game. If the bench is strong like a top team, like [Manchester] City, Chelsea, [Man] United and Liverpool, you need to improve a lot your squad in quality aspect and numerical aspect. You have to face in England three national competitions and one in the Champions League.

“Despite I didn’t lift trophy for me it is a big achievement, for me in a short time and short period in a difficult situation I worked a lot with my players to bring this club to play Champions League. I want to consider this qualification like a trophy.

“In my mind, my heart, my head I know what we did in these seven months. Me, my staff and the players. I want to celebrate and we’ll have time to speak with the club about everything.” 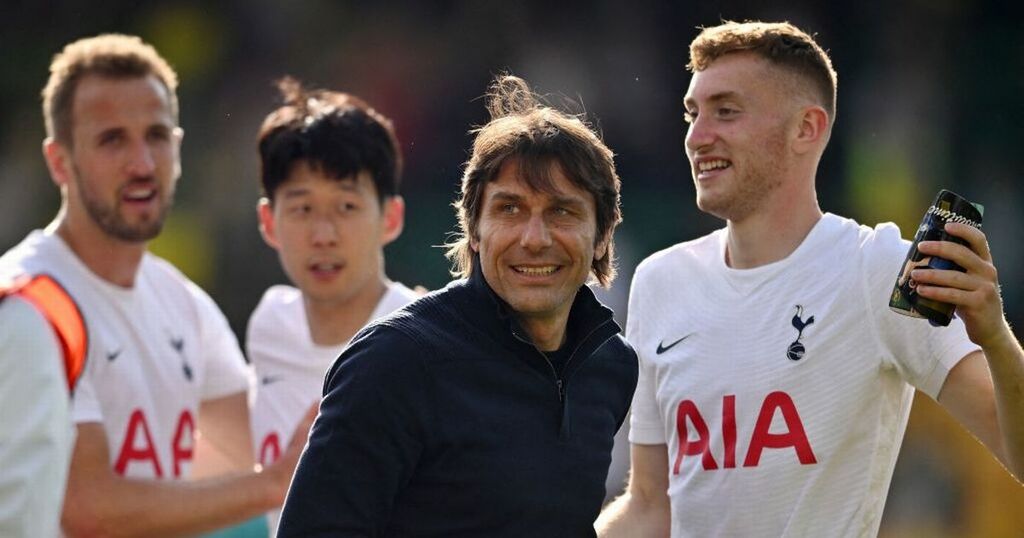 Tottenham thrashed Norwich to confirm a top-four spot at the expense of Arsenal, but ambitious Conte wants new signings in…

Tottenham boss Antonio Conte says qualifying for the Champions League is like winning a trophy, but again refused to commit…