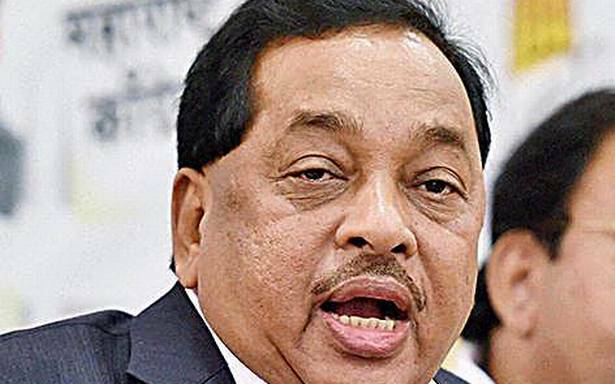 Union Minister Narayan Rane, who faces a case over his objectionable comment against Maharashtra Chief Minister Uddhav Thackeray, appeared before the police in Raigad district on Monday as per a court order.

The BJP leader arrived at Alibag, the headquarters of Raigad district located around 100km from Mumbai, at around 3 p.m. and went straight to the office of superintendent of police (SP).

After sometime, Mr. Rane came out and told the waiting mediapersons that he appeared before the SP in accordance with an Order given by a court at Mahad near here last month. He left the spot without speaking further with reporters.

The Raigad BJP had put up hoardings in the coastal town to welcome Mr. Rane. Police personnel were also deployed at various spots in the town.

Mr. Rane was arrested on August 25 for a comment about “slapping” Mr. Thackeray. He was granted bail hours later by the court at Mahad.