The anti-abortion group at the centre of a storm claims parliamentarians from both sides have promised to try to “turn this tide back” on South Australia’s new abortion laws.

Joanna Howe of Enid Lyons List said politicians have agreed to “take forward” a bill that her organisation is working on.

The List was launched in reaction to laws which will decriminalise abortion in the state from Thursday. The group’s stated aim is to get more “pro-life” women into parliament.

Enid Lyons List is named for the first woman elected to federal cabinet, a mother of 12, who was anti-abortion.

“Abortion is a matter of life and death. There is no justification for it despite the emotional arguments to support it,” is the Lyons quote chosen by the List for their website.

Labor’s state primary industries minister, Clare Scriven, and South Australia’s opposition leader, David Speirs, were due to join other parliamentarians at a Saturday event billed as a training day for “pro-life” young people.

“A new generation rise up to fight for the rights of the unborn and their mothers,” was the blurb for the event.

Speirs said on the weekend the event “wasn’t to do with abortion” and accused the “rabid left” of attacking the organisation.

The training day was forced to move at the last minute as abortion rights rallies started around the country in reaction to the overturning of Roe v Wade in the US. Speirs did not attend the event in the end.

On Monday, Howe compared the rallies, which were peaceful, to the US Capitol attack. She also claimed on ABC Adelaide that a counter-terrorism unit was involved.

Rally organisers said there was no violence or threats and demanded proof of her claims. SA Police have confirmed that the protests – both the main one in Adelaide and one at the venue the event was meant to be at – were peaceful. Howe did not respond to Guardian Australia’s request for evidence.

Separately, Howe claims that some parliamentarians pledged “on the record” at the organisation’s inaugural awards ceremony in March to change the laws.

Howe told Christian radio station 1079 Life that after SA decriminalised abortion in March – with the laws will come into effect on 7 July – she and others “felt called” to do something. They decided they needed to get “pro-life” women and men into parliament by making a list, a “coalition of courageous Australians”.

“Those five we honoured and gave the Enid Lyons List award to, which will be an annual award for men and women who courageously step out in the public square on this issue of abortion,” Howe said.

“We know that as Christians we can’t be lukewarm about this stuff any more. The tide has turned and if we want to turn it back … so that event, our launch event, which was sold out and so well attended, there was a huge momentum in the room to do something.

“It was very very exciting and the politicians, we said to them ‘in this next term of parliament, could we start turning this tide back?’. And they said to us, in front of everybody, so we had it on the record, they said ‘if you give us a bill, and we’ll take it, we’ll take it forward’.”

They are now putting together a working group, Howe said, on the issue of “foetal pain”.

Koutsantonis and Labor ministers Scriven and Andrea Michaels attended the awards ceremony, along with Speirs, Centofanti and other parliamentarians.

Koutsantonis and Speirs deny any such agreement was made, and Scriven and Michaels have been contacted for comment.

Centofanti did not respond to questions about any potential bill, and said hew “views on these important and sensitive matters are well known”. She voted against the abortion laws.

Koutsantonis, who is pictured alongside Murray and Speirs holding an Enid Lyons award, said he knew “very little about them” and had “never said anything like that”, when asked whether he had agreed to look at a new bill on abortion rights.

“They’ve invited me to other events and I’ve not gone,” he said. “I’m not changing my vote on abortion, no, my conscience remains the same. But there’s no bill.

“My views on abortion haven’t changed but I haven’t agreed to bring a bill, and if we did it wouldn’t be successful.”

Speirs said he did not speak at that event, or make any agreement about a bill.

Howe told the ABC she was herself a Labor member, and considered herself “extremely progressive”.

MPs had a conscience vote on the bill, which in its final version allows abortion up to 22 weeks and six days gestation, with two doctors needing to agree for later term abortions. 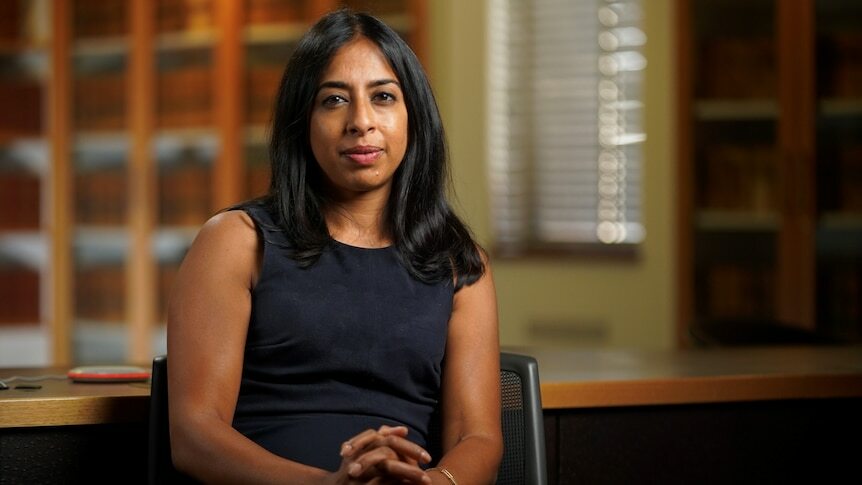 ABC News
Overturning Roe v Wade has opened the door for abortion bans and restrictions in the US. Could it happen here, too?

Thousands across Australia took to the streets on the weekend to protest against the United States Roe v Wade ruling,…