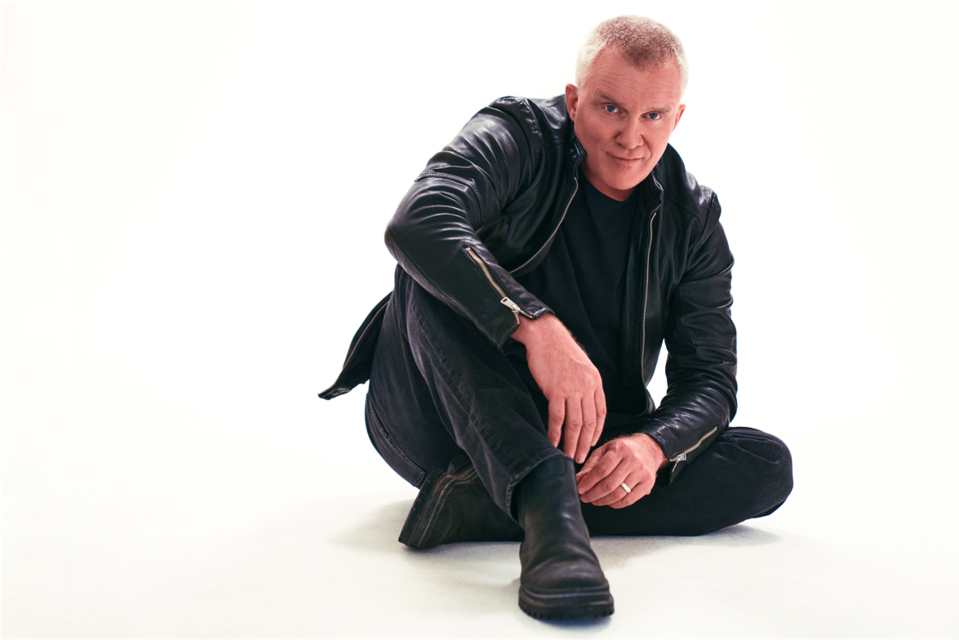 He might just be the quintessential face of adolescence when it comes to iconic ‘80s movies, but today, actor Anthony Michael Hall is fully grown and squaring off up on the big screen with another nostalgic Michael - Michael Myers.

Hall, 53, plays Tommy Doyle in Halloween Kills, a recurring survivor in the beloved Halloween film franchise for this latest installment, which opens on Friday. This will be the first time Hall has portrayed Doyle on-screen, and he believes his character is a worthy adversary against the unpredictable, masked killer.

“I think Tommy’s a fighter,” Hall shares with me at Forbes. “It’s a very heroic character. That was one of the things that took me by surprise when I started working with [director] David [Gordon Green]. I think it’s a great role and I got that from David right away. I really loved it. This is really exciting for me. The movie just kicks ass.”

With Halloween Kills having its central heroine Jamie Lee Curtis once again leading the charge, Hall can relate all too well to Curtis in many ways, as they both have experienced the highs and lows of growing up in Hollywood. Today, Hall has nothing but kind words to say about his Halloween Kills co-star and the horror genre’s reigning scream queen.

“She’s just great man,” Hall says of Curtis. “She’s got a great energy. She’s very maternal, very loving, very protective of people, someone that I think has really digested the lessons of her life, be it her career, her family life, all of it. She really has this ‘Earth Mama’ kind of vibe to her, you know what I mean? She really cares about people, so that’s what really comes through. I see it too, even when we’re promoting this film. She’s just very supportive and encouraging.”

To many, Hall is best known for being a major part of the coveted “Brat Pack” group of young actors in memorable ‘80s films, often playing the likable geek in popular John Hughes films including Sixteen Candles, Weird Science, and The Breakfast Club.

Hughes, the celebrated writer & director behind films that continue to speak to generation after generation of misunderstood teenagers, died in 2009 at the age of 59. However, to the surprise of most (if not all), Hall tells me that there was some early talk about a sequel to 1985’s The Breakfast Club between Hall, Hughes, and another comedic movie star gone far too soon.

“The last time I got to speak with John, he called me in 1987 with John Candy on the phone, the legend,” Hall reveals to me. “So, I sat on the phone with these guys for like two and a half hours and I will tell you that it was in John’s thinking, he really was playing with the idea of seeing us all like in our early middle-age all those years later. At the time, I was only 20. It was only five years after I worked with him, but it was something he was playing with.”

Now more than three decades later, Hall continues to have the utmost gratitude for Hughes, who catapulted his early acting career into bonafide stardom. “I always tip my hat to John Hughes. Had it not been for him, I would not be on the phone with you, I would not have a career. He was just the greatest. He was like a big brother. I loved him. What he did for me, he did for Molly [Ringwald], and he did for a whole generation of us. I wouldn’t be here without John.”

When moviegoers are able to see Hall back up on the big screen this weekend in Halloween Kills, they will have waited an entire year longer for this moment to finally arrive. Due to the early Covid-19 pandemic, the film’s original release date was moved from October 16, 2020 to October 15, 2021, with an expected final chapter to the franchise with Halloween Ends currently scheduled for an October 14, 2022 release. Like many major studio films this year, Universal Pictures will give audiences the option to see Halloween Kills in theaters or stream it on the Peacock video streaming service, a setup in which Hall openly supports.

“I think that these new 45-day windows and these adjustments that you see with these hybrid releases, I think it’s evolution. I think it’s a good thing because I think that what we’ve seen is that we all miss these social experiences. Going to a game, going to a concert, going to the movies. So, I don’t think it will ever go away. If anything, I think it has made people even hungrier for that moviegoing experience, so I’m all for it. I look at the numbers of like Venom 2 and No Time To Die and it’s very encouraging because the box office numbers are really spiking up again. I’m very hopeful for Halloween Kills.”

Following his on-screen match-up against Michael Myers, Hall can next be seen in The Class, which he says is not a remake of The Breakfast Club, but more so a new film’s re-imagining of his popular coming-of-age film. He can also soon be seen co-starring alongside Jessica Alba in a new Netflix film titled Trigger Warning. As Hall’s acting career continues on full speed ahead, I had to ask him what he would say to his former self, first starting out in Hollywood, knowing everything he has seen and experienced in his life & career up to now.

“I would say stay humble and work hard and keep your head down, you know, eyes on the road because I’ve been through a lot man and it’s a challenging industry. You have to have a thick skin, that’s one thing. You have to have a certain level of determination. The things I would’ve said to myself could have really helped. Had I known then what I know now and I think I have learned that over time. So the idea of just maintaining a sense of humility, working hard, and just being in it for the long haul.”