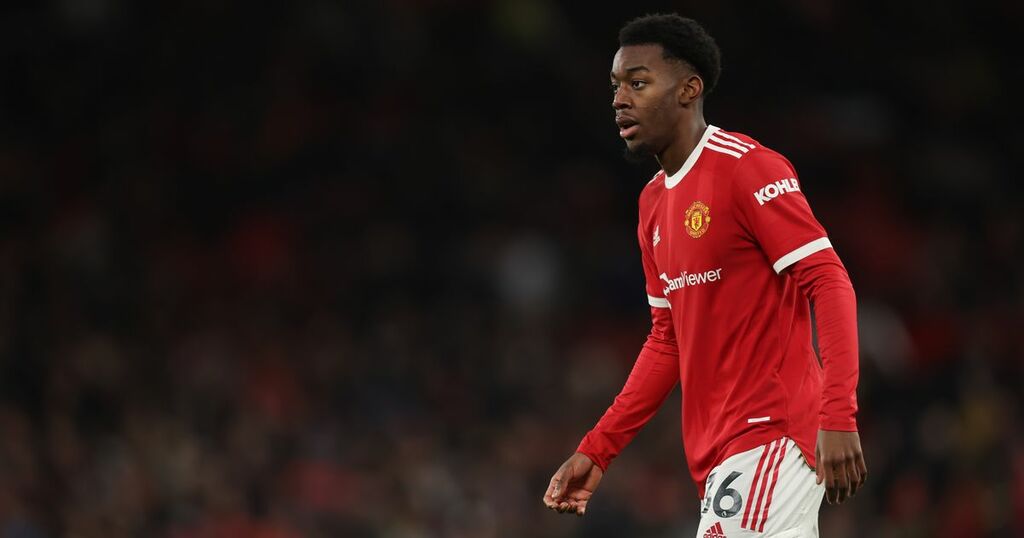 Anthony Elanga has been named in the starting lineup for Manchester United in their Premier League fixture, showing Ralf Rangnick's ever-growing admiration for the young Swedish forward.

With Cristiano Ronaldo unavailable through injury, it seems that the German is putting his trust in Elanga and in doing so, may give him the chance to emulate his fellow United academy graduate Marcus Rashford.

Elanga has started before for Manchester United, but given the reduced importance of those matches, it seems that this start appears more significant.

Elanga has reportedly been impressing in training and Bruno Fernandes, who also starts, has said: "He's impressing everyone because he's a really nice kid. He's quiet, works hard. He's really good on the ball and plays with both feet so he has a future. If he's focused on what he has to do and what he can achieve, I think he has a future with us."

Rashford was selected for United against FC Midtjylland in the Europa League under Louis van Gaal after the team suffered a late injury to Anthony Martial in the warm-up.

Rashford took his chance to score two goals and then followed that up with another brace against Arsenal in the Premier League the following weekend.

Since that point, Rashford has been a permanent fixture in the United squad, and under Ole Gunnar Solskjaer, he started over 4000 minutes in all competitions. Was he overplayed? Yes, but it showed that the manager but significant trust in the player.

Now with Ronaldo and Rashford not part of the squad, Elanga has the chance to seize his opportunity with both hands in a United side who have been struggling for creativity and dynamism in recent weeks.

He can make a real statement, and with Edinson Cavani leading the line, he will have a focal point to find the space and give Elanga opportunities to find him in the box. He also offers a different, more direct option than Mason Greenwood, who kept his starting place despite Jadon Sancho returning to the squad.

Both Sancho and Harry Maguire return to the squad after missing the Monday night fixture against Aston Villa in the FA Cup. Nemanja Matic and Alex Telles step into the starting XI in place of the suspended Luke Shaw and Scott McTominay.

But it will be Elanga's start that will be stealing the headlines, and on the night when Rashford is absent from the squad, could the young player make his mark as United's next big academy star.

Do you think Anthony Elanga can make an impact against Aston Villa? Follow our United On My Mind writer Casey Evans on Twitter and get involved in the discussion in the comment section below.