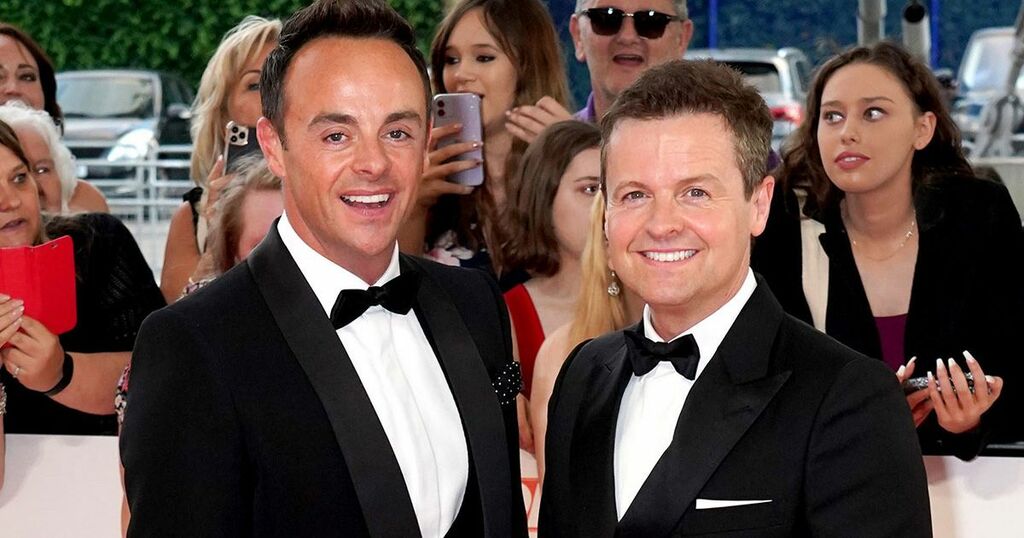 Ant and Dec poked fun at rival Piers Morgan after he said they didn’t deserve to win at the National Television Awards.

In a blistering attack on the much-loved telly duo, Piers claimed that Ant and Dec shouldn’t win the Best Presenter gong at Thursday’s ceremony, because they had done “nothing special” in the last 12 months.

Now, the Geordies have hit back at the former Good Morning Britain presenter.

In a cheeky video posted to their joint account’s Instagram Stories, Ant and Dec can be seen in the back of a swanky car.

Dec flashes to camera over to show Ant reading a copy of the Mirror, which featured Piers’ comments about the telly duo’s previous wins at the NTAs.

“What you reading, Ant?” Dec asks, with a quizzical look on his face.

“Me stars,” Ant quips, as Dec bursts out into hysterical laughter.

Piers, who is also up for Best Presenter at the NTAs, told the Mirror that he was determined to beat the “two little vain-glorious Geordies”, adding they have done “nothing special” in the past year.

And he claimed that Ant and Dec would be mortified if he won, and joked that they would need a medical team on standby if they lost out on the coveted award.

“I deserve to win because everyone’s sick and tired of Ant and Dec automatically winning this award, which bears no relation to reality,” the 56-year-old snarled.

“I think it’s time the procession came to a shuddering halt and the Morgan bandwagon was rewarded with glory,” he continued.

“Imagine the miserable expressions on the faces of those two. And if they not only don’t win... [but] have to see me trotting up and raising the award, you may have to have a medical team on standby to race in and make sure they’re OK.

“We might need smelling salts for that one,” he quipped.

Piers then launched an attack on NTA bosses, as he said it was unfair that Ant and Dec were nominated in the Best Presenter category, because they do their TV hosting duties as a pair.

“If they had to do this individually, how would they get on? I think it’s actually cheating to do it as a pair,” he fired.

After sharing their cheeky video aimed at Piers, the Saturday Night Takeaway hosts uploaded more clips on their Instagram Stories while travelling to the glitzy bash in London.

Sat suited and booted in the back of the car, Dec then shared an impromptu audition to become the next James Bond.

“The name’s Dec… out of Ant and Dec,” as his partner-in-crime guffaws in the background.

“It was good, that’s my James Bond audition,” Dec explained, as he complimented Ant for “looking very smart” in his black tuxedo.

“I should clarify, we are on the way to the National Television Awards,” Ant explained in another video, as Dec whooped in the seat next to him.