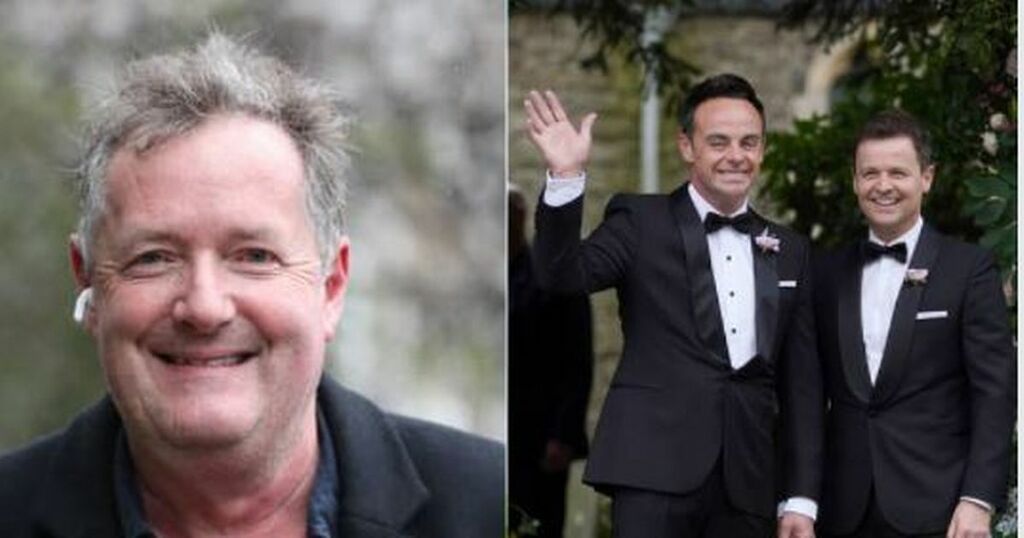 Ant and Dec have branded Piers Morgan a 'creepy stalker' as he had yet another jab at them on social media in the wake of their victory over him at the National Television Awards.

In the lead up to Thursday's ceremony, Piers accused Ant and Dec of 'panicking' over the result of Best Presenter after they tweeted a voting link to their many followers.

He then dubbed them cheaters after they won again, arguing that two people shouldn't be able to win an award called Best Presenter.

And, as Dec took his seat at Old Trafford to watch Newcastle United take on Manchester United on Saturday afternoon, the Geordie star took to Twitter to post: "Anybody know if there’s any football on today? Haven’t heard it mentioned"

Piers quickly seized on the tweet and tagged Cristiano Ronaldo in it, responding: "Bury them please @Cristiano "

Whether he was aware of the ex Good Morning Britain's tweet or not, Ronaldo did just that on his first game back for Manchester United, scoring twice as they beat Newcastle 4-1.

After Dec was left grim faced at Old Trafford by the final result, a reply to Piers appeared on Ant and Dec's Twitter account nearly four hours after the full time whistle, telling him: "Leave us alone you creepy stalker. Get a life."

He ended the no nonsense response with a crying laughing emoji and Ant and Dec's Twitter followers were quick to react.

One tweeted: "WELL SAID BOYS" and another posted: "At least you’ve won 20 more NTAs for Best Presenter than he has."

A third told the lads: "To be fair @antanddec you have to admit the attention from @piersmorgan right now is hilarious hes just jealous he didnt get any award for walking off and if @GMB missed him that much they would have helped him get an award at NTA LOL."