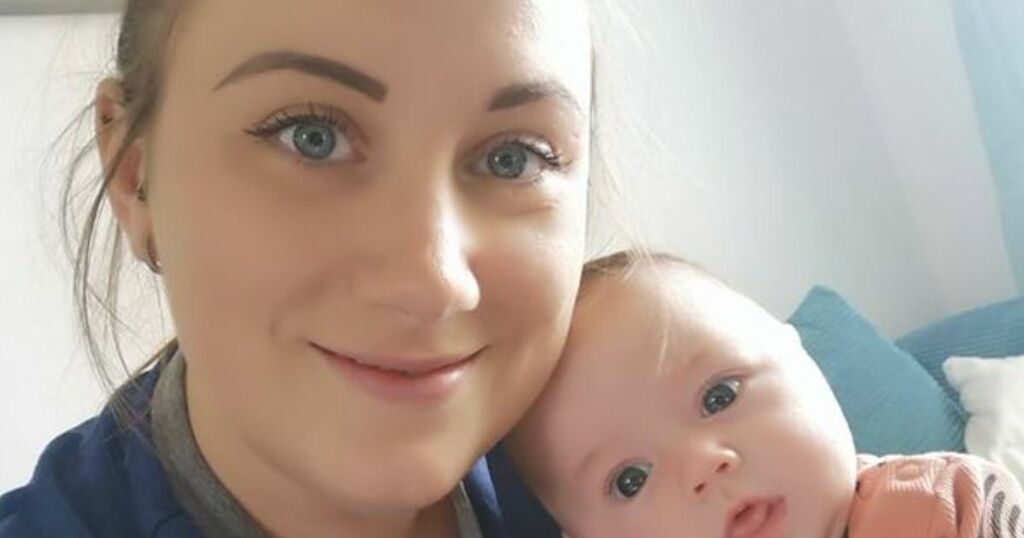 A West Lothian mum has been left fuming after a Primark sleeping bag burnt her 3-month-old daughter while she slept.

But the 31-year-old, from Livingston, was mortified in the morning when she discovered her baby's neck was 'red raw' and looked as if she'd suffered a 'rope burn'.

Speaking to the Daily Record, Chelsea said: "She sleeps in the cot next to my bed. During the night when she’s feeding, you have to keep the lights down so she doesn’t wake up.

“It wasn’t until the morning when I brought her downstairs and I was changing her and giving her a bottle that I noticed that her neck was red raw.

“It looked like when you burn yourself on a rope."

Chelsea instantly suspected the sleeping bag was the cause of the injury but phoned her GP to seek medical advice.

The mum initially thought it may have been a milk rash but after speaking with her doctor they agreed the tot had suffered a friction burn.

She continued: "Automatically I assumed it was the sleep bag and I text my family asking them what to do.

“Then I did think it might be a milk rash or something but looked further into and it was bleeding a wee bit from the rubbing. I’ve had a milk rash on her before and it was nothing like that.

“I phoned up the GP and they were asking questions, assuming it was a milk rash as well, but then told me it sounds more like a friction burn and gave us advice on how to clean it and told me to keep an eye on it.”

The mum says she frequently buys baby products from Primark and has never had a problem before.

Chelsea says she raised the issue with Primark, who have since launched an urgent investigation into the product and apologised to her.

She said: “I was really angry, it’s not something you’d expect from a high street brand like Primark.

"They did email back quickly within 24 hours and have apologised.

“It’s 0-6 months and I had read up on sleepsuits beforehand that says they’re supposed to be quite snug around the neck so the baby can’t wriggle out of it."

Little Jayme is on the mend but her neck is still a bit pink and tender as it continues to heal.

Chelsea warned other parents on social media after her ordeal, writing: "Bought this sleeping bag from Primark this is what it's done to my baby overnight. I'm actually disgusted, please do not buy these bags! I don't want it happening to anyone else."

A Primark spokesperson said: "We are really concerned to hear of this and we are in contact with the customer and urgently investigating.

"We take the safety and the quality of all our products very seriously and all of our products are tested by an independent accredited third party to ensure they meet the relevant safety standards."