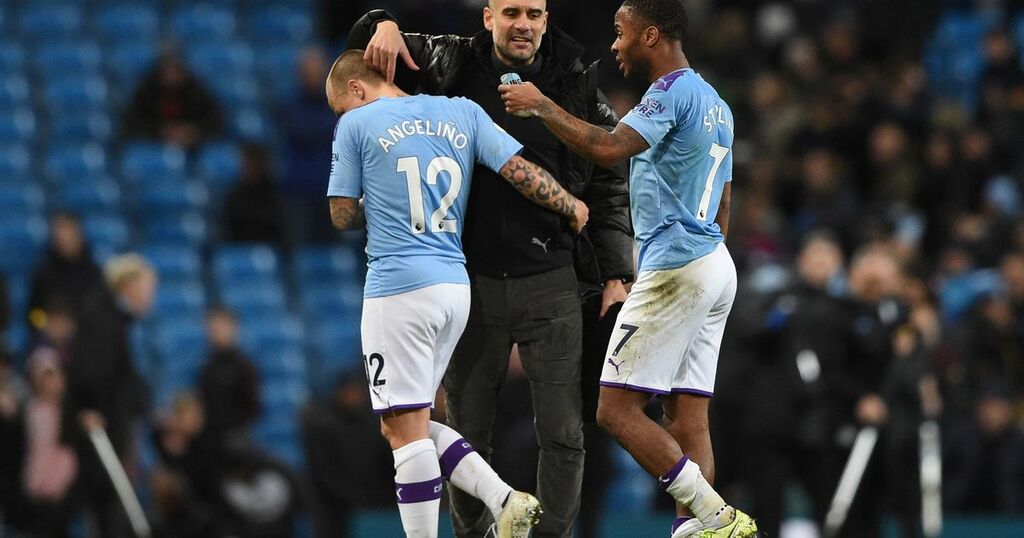 Angelino insists he is grateful for Pep Guardiola's help as he returns to Manchester aiming to dent the hopes of former club City.

The Spanish left-back was re-signed by the Blues in the summer of 2019 but struggled to nail down a regular starting berth and left for RB Leipzig after just six months on loan before making the move permanent in January 2021.

On Wednesday, he will be back at the Etihad with the Bundesliga side looking to upset his former club in the Champions League.

Having previously accused the City manager of "killing him" during his time with the first team before he was allowed to go on loan, there is plenty of motivation for Angelino. Speaking ahead of the European match, he admitted that failing to make it will always be in his head but that he learned a lot from Guardiola.

"The first thing I said is obviously when you don't play your confidence is not there - that's why I said kill but it's not that he killed me as a player, I always said that he made me the player I am today," he said.

"The time I was with him I couldn't realise how much I was improving in training and since the first day I arrived here at RB I saw the improvements I made thanks to him. I'll always be thankful, it's just that I didn't play and my confidence wasn't there, that's why I said then that he killed my confidence because I didn't get much gametime but I will always be thankful for the help he gave me.

"It's a weird feeling [being back]. I never thought I would play with a different shirt in this stadium but I'm really happy to be back and we play against one of the best teams in the world. We know it will be a tough night. We can't allow any silly mistakes if we want to get a result. We are ready and focused on this.

I'll always have this [unfinished business] in my mind. It was a shame for me that I couldn't make it here and it will always be in my head but I'm very happy that while it didn't work out I had the chance to come to RB and since I came I've been working really well and I'm very happy."

RB Leipzig coach Jesse Marsch confirmed that Angelino will definitely be in the starting XI on Wednesday as his team look to bounce back from a difficult start that has seen them lose three of their opening four Bundesliga games.

With attention on their backline follow the new coach's decision to switch to a back four, Marsch said that Angelino has been working on his defending to try to improve.

"Angelino has many qualities. He's definitely an attacking, offensive defender but we've talked a lot in the preparation saying that he needs to more become a proper, good defender," he said.

"He's been trying to do that a lot, he's had very good preparation. He was injured for one or two weeks but he's come back and is fit, strong and ready for the match. He played well against Bayern and I'm sure he's got a lot of motivation for this match to be back here in Manchester in this competition against this kind of team.

"I think Angelino might be more ready than all the other players. I'm really really happy with Angelino and I know that he's absolutely ready for this match."