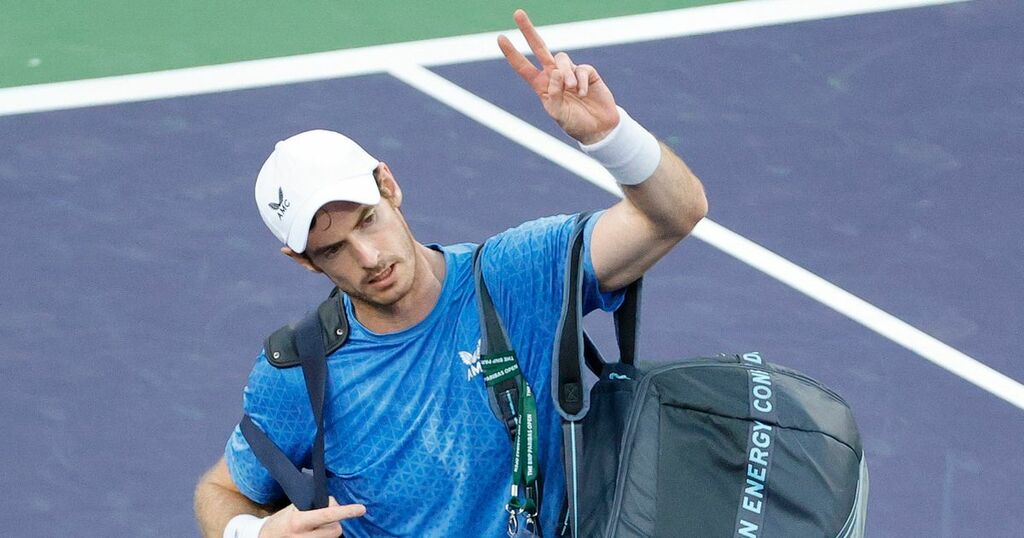 A man of few words throughout his career as one of British tennis' modern greats, Andy Murray restricted his analysis to a single word following Tuesday's defeat to Alexander Zverev.

The two-time Wimbledon champion was dumped out of the 2021 Indian Wells Masters—also known as the BNP Paribas Open—following a 6-4 7-6 (7-4) third-round loss to his German opponent.

It was the first time in four meetings that Murray has lost to world No. 4 Zverev, having previously bested him at the Hopman Cup, Australian Open and Cincinnati Masters.

And the frustrations were evident for the Scot immediately after the result, taking to social media with a one-word reaction that encapsulated how he was feeling after his exit was confirmed (warning: language NSFW) :

Many followers took umbrage with Murray tweeting simply "F***" following his latest defeat, with one replying that it was "not the best language from a sports personality."

Others praised the three-time major champions for his candid response on the social media platform as another fan reminded: "This is Twitter it's not the learning zone."

Murray has enjoyed some impressive displays in recent weeks and recently pushed Stefanos Tsitsipas to five sets at the U.S. Open.

The 34-year-old has little by way of bad blood with Zverev, although Murray did put a slight wedge between the two ahead of Tuesday's meeting in California.

"I wouldn’t say we are best friends. We don’t really chat a whole lot," said the Scot on the eve of his clash with one of the sport's most prominent rising stars.

Do you think Andy Murray's one-word reaction to his most recent loss was unprofessional? Let us know in the comments section.

Murray stopped short of commenting specifically on accusations of domestic violence by Zverev's girlfriend, Olga Sharypova, though he did welcome the ATP's decision to investigate the matter more closely.

A report published by Racquet Magazine in November 2020 detailed allegations by Sharypova that Zverev had physically assaulted her during her time on tour with the player.

It was only after fresh allegations arose over the summer that the ATP ordered an inquiry on the matter, although Zverev has repeatedly denied the claims.

No. 3 seed Zverev will advance at Indian Wells to face a fourth-round fixture opposite Gael Monfils, who defeated Kevin Anderson 7-5, 6-2 to progress.

Murray, meanwhile, revealed after Tuesday's defeat that he intends to miss next month's Davis Cup, saying he didn't feel he deserved a place on the team and wants to spend more time with his family.

"Cam [Norrie] and Dan [Evans] have had a great year. Liam Broady's in and around the top 100 now and we've got very strong doubles as well," he told BBC Sport.

"Right now, I'm not planning on playing the Davis Cup and with the late finish to it, and early departure to Australia, with my schedule between now and the end of the year, I am going to have to rest and take a break and give my body a chance to breathe.

"And I want to make sure in the off season I get to spend as much time with my family as I can because I have been away from that recently and that will be case when I go to Australia as well."

Great Britain are scheduled to face France and the Czech Republic in Innsbruck, Austria, at the end of November, though the competition stretches into December.

Zverev said he was happy to have bested the world No. 121 as "he's the only one of the Big Four that I hadn't beaten yet."

He described their duel as "a fantastic match" and said he hoped to see Murray continue playing well on the circuit, "because tennis did miss him for a long time and it's good to have him back."